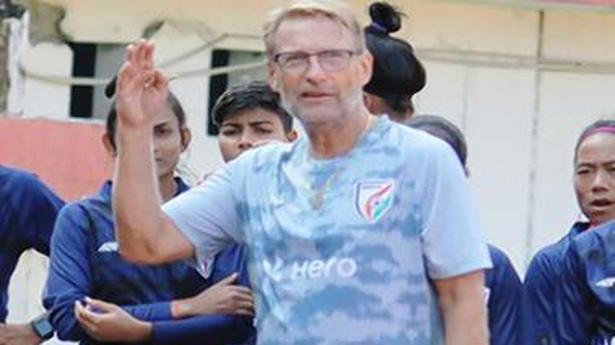 Host nation India on Tuesday named its 23-member squad for the upcoming AFC Women’s Asian Cup, including four youngsters from the team that finished runners-up in the U-19 SAFF Championships in Dhaka last month.

While the All India Football Federation (AIFF) has not named a captain yet, the experienced Ashalata Devi is likely to lead the side in the continental tournament, which will be held in three venues across Maharasthra from January 20 to February 6.

There are no surprises in the team announced on Tuesday as 27 players had been camping in Kochi, Kerala since last month, out of which 23 had been picked.

The four players who had participated in the SAFF meet and are also part of this squad are Hemam Shilky Devi (defender), Mariyammal Balamurugan (forward), Sumati Kumari (forward) and Naorem Priyangka Devi (defender).

India will however miss the services of seasoned striker Bala Devi, who continues to recover from an ACL (anterior cruciate ligament) surgery performed last September. It can take a minimum of six months to fully recovery after the operation.

India have been drawn alongside Iran (January 20), Chinese Taipei (January 23) and China (January 26) in Group A of the competition that consists of 12 teams.

With as many as 15 players under the age of 25 in the relatively young squad, Dennerby believes that “the youngsters and the experienced bunch can help each other out, both on and off the pitch.” “We have a good bunch of young players, and some experienced heads too. The young ones are hungry to prove themselves, so that brings in a good level of energy and healthy competition for places,” Dennerby said.

“But it also works the other way round — as the experienced players can guide the young ones in different things both on and off the pitch.” The coach also maintained that the team is approaching “one game at a time.” “If you start thinking too much about permutations and combinations, that can take a toll on the way you play the game. The coaches can do all the thinking that we can, but for the players, it’s all about going out there and playing well on the day.

“Football is a beautiful game, and you need to live in the moment to play it well,” he said.

The players and support staff, who have been camping in Kochi since the team’s return from the competition-cum-exposure tour of Brazil, will fly out to Mumbai on Thursday.

India is hosting the continent’s highest competition for the first time since 1980 and at stake is a possible berth in the 2023 FIFA World Cup.

For automatic qualification to the quadrennial showpiece in Australia and New Zealand, India, ranked 55th in the world, must be among the top five teams.

The tournament organisers have released the squads of all the 12 participating nations. Monday was the last date of registration.

Denial of responsibility! TechiLive.in is an automatic aggregator around the global media. All the content are available free on Internet. We have just arranged it in one platform for educational purpose only. In each content, the hyperlink to the primary source is specified. All trademarks belong to their rightful owners, all materials to their authors. If you are the owner of the content and do not want us to publish your materials on our website, please contact us by email – [email protected]. The content will be deleted within 24 hours.
23memberAFC Women’s Asian CupannouncesAsianAsian CupCoachCupDennerby
Share

Shazam App: You can now use Shazam app directly on Google Chrome browser – Times of India