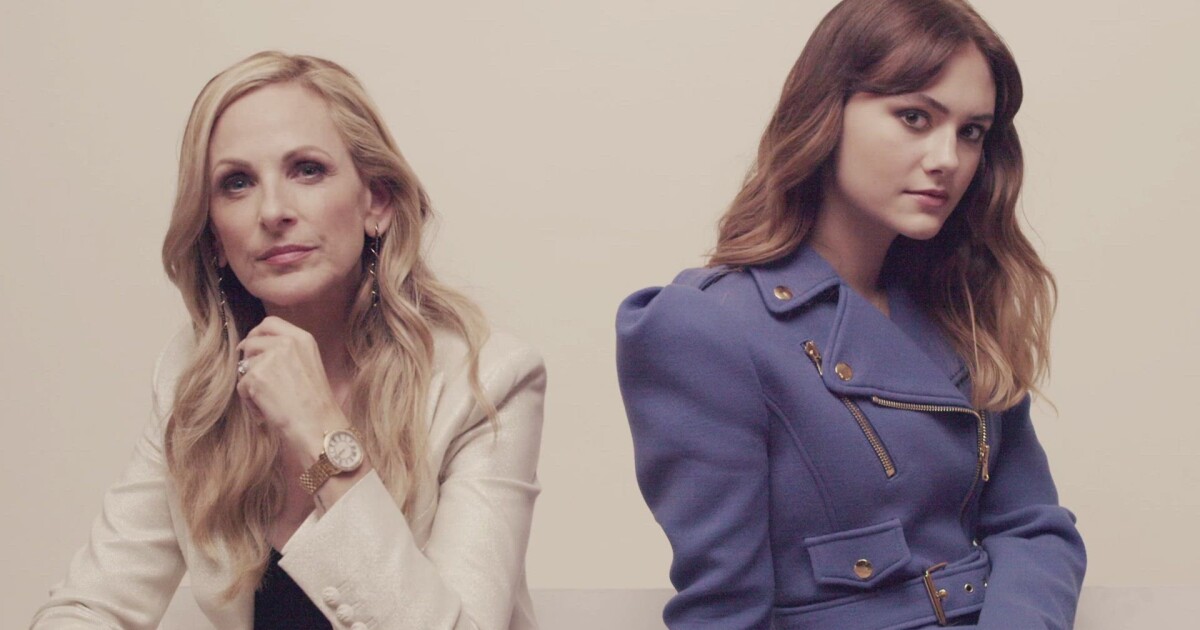 ‘CODA’ made a Teamster cry. Is it too sweet for the academy?

When people approach “CODA” writer-director Siân Heder and tell her they saw her crowd-pleasing movie, she knows what’s coming — tales of tears flowing while watching the family drama, likely followed by a personal story about what scene in “CODA” made them cry the most. Heder has witnessed the sobbing herself at screenings, audiences members using their pandemic masks to blow their noses during the film’s heartwarming, heart-wrenching final half-hour. If you’re self-conscious about crying in public, “CODA” is a movie that makes you thankful that face coverings are required in theaters these days.

Nobody associated with the film — the story of Ruby Rossi, the only hearing member of a Deaf family (the movie’s title is an acronym: child of Deaf adults), who, at 17, dreams of going away to college and pursuing her passion for singing — is surprised by the waterworks it inspires. Emilia Jones, who plays Ruby, remembers filming a scene with Marlee Matlin, cast as her mom, and when it was over, noticing the burly camera guy discreetly wiping his eyes.

“And he’s a Teamster,” Matlin tells me on the patio outside the Directors Guild after a recent Saturday afternoon screening of “CODA.” “If you make a Teamster cry, you know you did good!”

The question now for this little film, which premiered in January at the virtual Sundance Film Festival and was snapped up by Apple Studios for a record-breaking $25 million, is whether it can work the tear ducts of film academy members who, historically, haven’t really rewarded feel-good family tales. At the Oscars, family dramas tend to be feel-bad affairs. (Think “Marriage Story.”) “CODA,” which premiered in August in theaters and on Apple TV+, has warmth and laughter and sweetness. The challenge for Apple is to convince voters to give the under-seen movie a shot.

All of the film’s Deaf characters — Ruby’s father, Frank (Troy Kotsur); mother, Jackie (Matlin); and brother, Leo (Daniel Durant) — are played by Deaf actors, and American Sign Language is subtitled, rather than translated, highlighting its vibrancy as a form of communication. In terms of representation, these choices are huge. (“CODA” is a remake of a French film, “La Famille Bélier,” which cast hearing actors as the Deaf family.)

Artistically, Heder’s casting and language decisions are why “CODA” succeeds so well in immersing viewers in the life of the Rossi family, even if you are not fully aware of why that’s true when watching the movie.

“In order to sign with someone, you have to be fully engaged, looking at them face-to-face,” Heder says. “And that connectedness, that engagement is something in Deaf culture that hearing culture lacks … or, at least, is longing for. So when you see the Rossi family communicating and engaging in a way that’s so human and vibrant, you’re drawn in because they’re inhabiting what they’re saying with their facial expressions and even their bodies.

Heder pauses, then cuts to the heart of the matter.

“It’s harder to be full of s— when you’re signing,” she says.

The down-to-earth Matlin, who won the lead actress Oscar in 1987 for “Children of a Lesser God” (at 21, still the youngest woman to take that honor and the only Deaf actor to win an Academy Award), embodies Heder’s observation. Seated in the DGA’s courtyard alongside her young co-star and her longtime sign language interpreter and confidante, Jack Jason, Matlin animatedly holds forth on a variety of topics, ranging from the meals she prepared for the cast during weekend breaks in filming (brisket and apple pie are specialties; don’t ask her to make anything with raw onions or cilantro though, which she realizes makes her a “pain in the ass”) to the way that audiences are responding to a movie featuring Deaf actors in three primary roles.
“I hope studios take notice,” she says, “that you can have more than one Deaf actor, and they don’t have to be in the background. I hate getting political about this kind of stuff, but Deaf actors can play many different roles, just like everybody else. So why not use them more to create a different perspective?”

That different, authentic perspective lives in “CODA,” a movie that gains its tension not from the presence of an antagonist (you understand and empathize with all the characters) but from the complicated relationships among the family members. When she’s not in school, Ruby works on the Rossis’ fishing boat and serves as an interpreter and bridge between the family and the Gloucester, Mass., community. But she also loves to sing and is talented enough to merit consideration for a college scholarship. Therein lies the story’s dilemma: Ruby is compelled to both stay and leave.

“CODA” meticulously sets up the family dynamics so when all the big dramatic scenes arrive late in the film — an honest conversation between Ruby and her mom, followed by a heart-to-heart between Ruby and her dad and then a big audition that has Ruby singing Joni Mitchell’s “Both Sides, Now” — they hit hard. Heder and her editor, Geraud Brisson, excised 36 scenes from the movie (“It was the Deaf ‘Irishman’ when we started,” Heder jokes), lightening the emotional moments with character-based comedy.

“The first time I sat through the film, I was like, ‘Ooooh yeah, it’s a comedy,’ because all anyone tells me about the film is, ‘I cried so hard,’” Heder says, laughing. Adds Jones: “I had the same experience. You sit with an audience, and you hear all these belly laughs. And then it suddenly transitions into …” Jones makes a quiet sobbing sound. “And that’s all you hear the rest of the way.”

Jones, 19, an English actress best known for her starring role on the Netflix family-friendly horror series “Locke & Key,” can relate. She spent nine months learning to sing, learning to sign and learning to fish, for crying out loud. (She can now look at a lobster and tell you if it’s pregnant.) Then there was another couple of months rehearsing and shooting the movie and eating Matlin’s brisket and apple pie. When it was over, when every one of her other castmates had finished and left (“You can’t imagine the weeping,” Jones says, but this is “CODA,” so, yes, we can) and she shot her last scene, Jones wondered, “Wow … what am I going to do with my life now?”

“The Rossis felt so real to me,” she says. “They’re like my second family. I wasn’t sure what I’d do without them in my life.” She laughs. “Some days, I’m still not sure.”

Matlin has the solution: “CODA 2.”

“We need another chapter,” Matlin says and turns to Jones, grabs her arm and riffs on the movie’s bittersweet consideration about how quickly time passes. “But you can’t grow up!”

Denial of responsibility! TechiLive.in is an automatic aggregator around the global media. All the content are available free on Internet. We have just arranged it in one platform for educational purpose only. In each content, the hyperlink to the primary source is specified. All trademarks belong to their rightful owners, all materials to their authors. If you are the owner of the content and do not want us to publish your materials on our website, please contact us by email – [email protected]. The content will be deleted within 24 hours.
AcademyCodaCryentertainment newsEntertainment updatenews updatesweetTeamster
0
Share