Notice: amp_is_available was called incorrectly. `amp_is_available()` (or `amp_is_request()`, formerly `is_amp_endpoint()`) was called too early and so it will not work properly. WordPress is currently doing the `pre_get_posts` hook. Calling this function before the `wp` action means it will not have access to `WP_Query` and the queried object to determine if it is an AMP response, thus neither the `amp_skip_post()` filter nor the AMP enabled toggle will be considered. It appears the theme with slug `publisher` is responsible; please contact the author. Please see Debugging in WordPress for more information. (This message was added in version 2.0.0.) in /home/runcloud/webapps/techilive/wp-includes/functions.php on line 5313
 Coe’s nod for Olympic test event - TechiLive.in 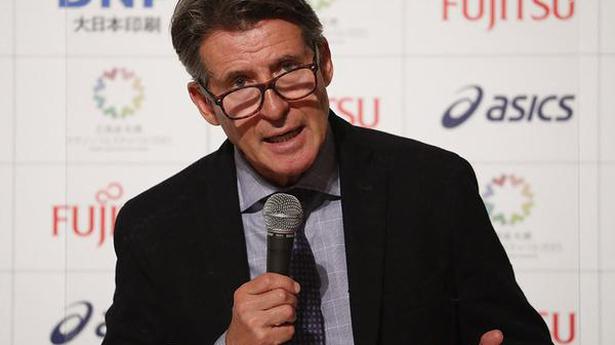 Sebastian Coe, the head of the World Athletics, said a half-marathon test event run here on Wednesday made him confident that the Olympic marathon can be held successfully in the city when the Tokyo Games opens in just under three months.

Spectators were encouraged to stay off the streets and not watch the race in person. Security officials held signs on the roads that read: ”Please refrain from watching the event from here.”

The smattering of competitors from abroad were largely restricted to their hotel rooms while not competing or training. Coe said strict protocols measures against COVID-19 were followed.

Coe said “today Sapporo demonstrated the highest level of capability to organise successful” marathon and race walk events. Those events are being held outside of Tokyo because of the city’s hot summers.

Coe will be on hand on Sunday when Tokyo organisers hold another test event at the new $1.4 billion National Stadium in Tokyo.

Organisers have held a series of test events in the last several days and have reported few problems. The largest problem is convincing the Japanese population that the Olympics, with 11,000 athletes and thousands of others, should take place in the middle of a pandemic.

“You can understand the concern,” Coe told a news conference. He tried to reassure by saying that one-fifth of the athletes in the Olympics represent track and field — and that World Athletics can meet the challenge.

“Everybody, the athletes particularly, will hope for spectators,” Coe said. “But I think they recognise that if that’s not possible then the Games will still take place and the competition will still be extremely good.”

He said athletes had become used to competing at stadiums where there aren’t any crowds.

“The challenges are big. I don’t believe any Olympic Games has been delivered under more difficult circumstances,” Coe said.

Loading...
Denial of responsibility! TechiLive.in is an automatic aggregator around the global media. All the content are available free on Internet. We have just arranged it in one platform for educational purpose only. In each content, the hyperlink to the primary source is specified. All trademarks belong to their rightful owners, all materials to their authors. If you are the owner of the content and do not want us to publish your materials on our website, please contact us by email – admin@techilive.in. The content will be deleted within 24 hours.
Coeseventmarathonnews updateNodOlympicOlympic marathonSebastian Coe
0
Share