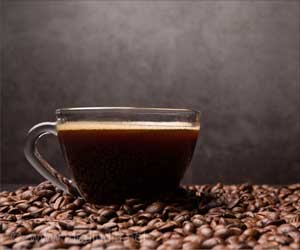 Brewing method is influential, but it’s not clear what impact espresso coffee might have, and in what quantities.

Link Between Coffee and Cholesterol Levels

The researchers therefore wanted to compare espresso coffee with other brewing methods among adults aged 40 and older (average age 56).

Participants were asked how many daily cups of coffee they dranknone, 1-2 cups; 3-5; and 6 or moreand what brew type they drankfiltered; plunger (cafetière); espresso from coffee machines, pods, mocha pots, etc; and instant.

Blood samples were taken, and height and weight measured. Information was also sought on potentially influential factors: diet and lifestyle, including smoking, alcohol intake and physical activity; educational attainment; and whether type 2 diabetes had been diagnosed.

Analysis of the data showed that the association between coffee and serum total cholesterol varied, depending on brewing method, with significant sex differences for all brew types bar plunger coffee.

Compared with those who drank none, this pattern of consumption was associated with 0.09 mmol/l higher serum cholesterol among the women vs 0.16 mmol/l higher among the men.

And getting through 6 or more cups of filtered coffee every day was associated with 0.11 mmol/l higher cholesterol among the women, but not among the men, when compared with those not drinking filtered coffee.

While instant coffee was associated with an increase in cholesterol in both sexes, this didn’t rise in tandem with the number of cups drunk, when compared with those who didn’t opt for coffee powder/granules.

The researchers point out that there was no standardized cup size used in their study; Norwegians tend to drink out of larger espresso cups than Italians do, for example.

And there are as yet no obvious explanations for the gender discrepancy in cholesterol response to coffee drinking, they add.

“Interestingly, coffee contains more than a thousand diverse phytochemicals. The intake of each compound also depends on the variety of coffee species, roasting degree, type of brewing method and serving size,” they explain.

cafestol and kahweol, as well as increasing total cholesterol, have anti-inflammatory effects, protect the liver, and lessen the risks of cancer and diabetes,

“This demonstrates how coffee contains compounds that may lead to multiple mechanisms operating simultaneously,” highlight the researchers.

And they note: “Coffee is the most frequently consumed central stimulant worldwide. Because of the high consumption of coffee, even small health effects can have considerable health consequences.”

Denial of responsibility! TechiLive.in is an automatic aggregator around the global media. All the content are available free on Internet. We have just arranged it in one platform for educational purpose only. In each content, the hyperlink to the primary source is specified. All trademarks belong to their rightful owners, all materials to their authors. If you are the owner of the content and do not want us to publish your materials on our website, please contact us by email – [email protected]. The content will be deleted within 24 hours.
cholesterolcoffeecoffee and cholesteroldifferentlyHealth newsHealth updateHeresimpacts
Share

Anupam Kher says he fumbled while taking Pandit Shivkumar Sharma’s name during his radio job: Became an actor after that