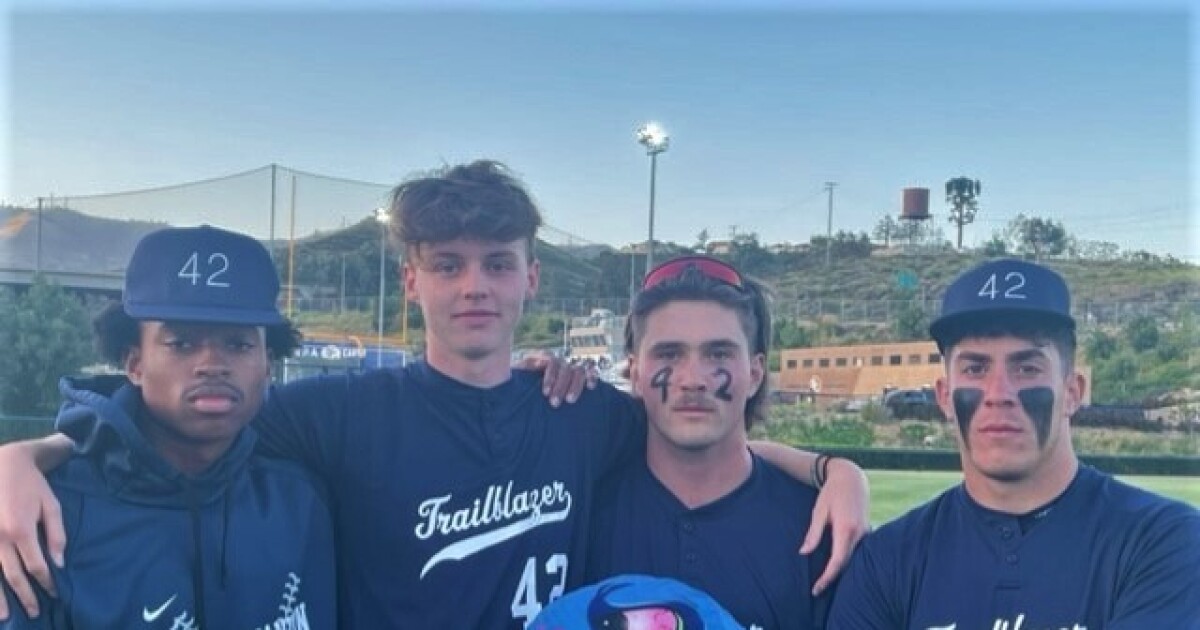 Times have changed, but Royster has adapted to his role as head coach of the 22-0 Trailblazers. Pitching and defense wins championships in high school baseball, and Sierra Canyon is the team to beat in Southern Section Division 2.

This week’s 16-team Boras Classic at San Juan Capistrano JSerra and Santa Ana Mater Dei could match up the No. 1 and No. 2 teams in Southern California baseball — Orange Lutheran and Sierra Canyon. They would meet in the second round on Wednesday if both win their openers Tuesday. Sierra Canyon opens with La Mirada at 3 p.m. and Orange Lutheran plays Riverside King at 6 p.m., with both games at Mater Dei.

“Our pitching is really good,” Royster said. “Our defense has been very good. We’re kind of an up-and-coming team. We’ve had the same pitching for the last four years. They’ve all improved.”

Martin is usually the closer, but in a four-day tournament, he’ll probably get a start. He also is a top hitter and could be Sierra Canyon’s best all-around player.

“He’s very good,” Royster said. “He flies under the radar because of the other guys.”

Noot and Thomas have been the No. 1 and No. 2 pitchers all season, respectively. They’re reliable, have good velocity and effective off-speed pitches. Mgdesyan has come on strong and recently picked up his USC offer.

Sierra Canyon has received attention because the school hired former Chatsworth coach Tom Meusborn to be the associate head coach three years ago. Meusborn brought in his son, Shawn, to handle the pitchers, while his former assistant, Fred Pudrith, is now a Sierra Canyon assistant, along with John Toven and Thomas McKenna. Royster oversees the program.

Since Southern Section membership has refused to make the Division 1 playoffs a double-elimination tournament, the Boras Classic is the perfect preview for next month’s playoffs, requiring teams to have lots of pitching depth and play top teams in a playoff-like atmosphere. Eleven of the 16 teams are in The Los Angeles Times’ top 25 rankings.

The Trailblazers know this week’s games against some of the best in the Southland will offer major tests that can help prepare them for the Division 2 playoffs.

“It’s a great tournament and we’re excited to be there,” Royster said. “What doesn’t matter is who we play. We think we have enough pitching to go into this. That’s how we’ve won the games we’ve won.”

It’s a week for Sierra Canyon to show it belongs in the conversation of top teams.

Denial of responsibility! TechiLive.in is an automatic aggregator around the global media. All the content are available free on Internet. We have just arranged it in one platform for educational purpose only. In each content, the hyperlink to the primary source is specified. All trademarks belong to their rightful owners, all materials to their authors. If you are the owner of the content and do not want us to publish your materials on our website, please contact us by email – [email protected]. The content will be deleted within 24 hours.
BaseballbigBorasCanyonclassicColumnnews updateReady
Share

Microsoft’s new Edge Canary feature to auto save your passwords