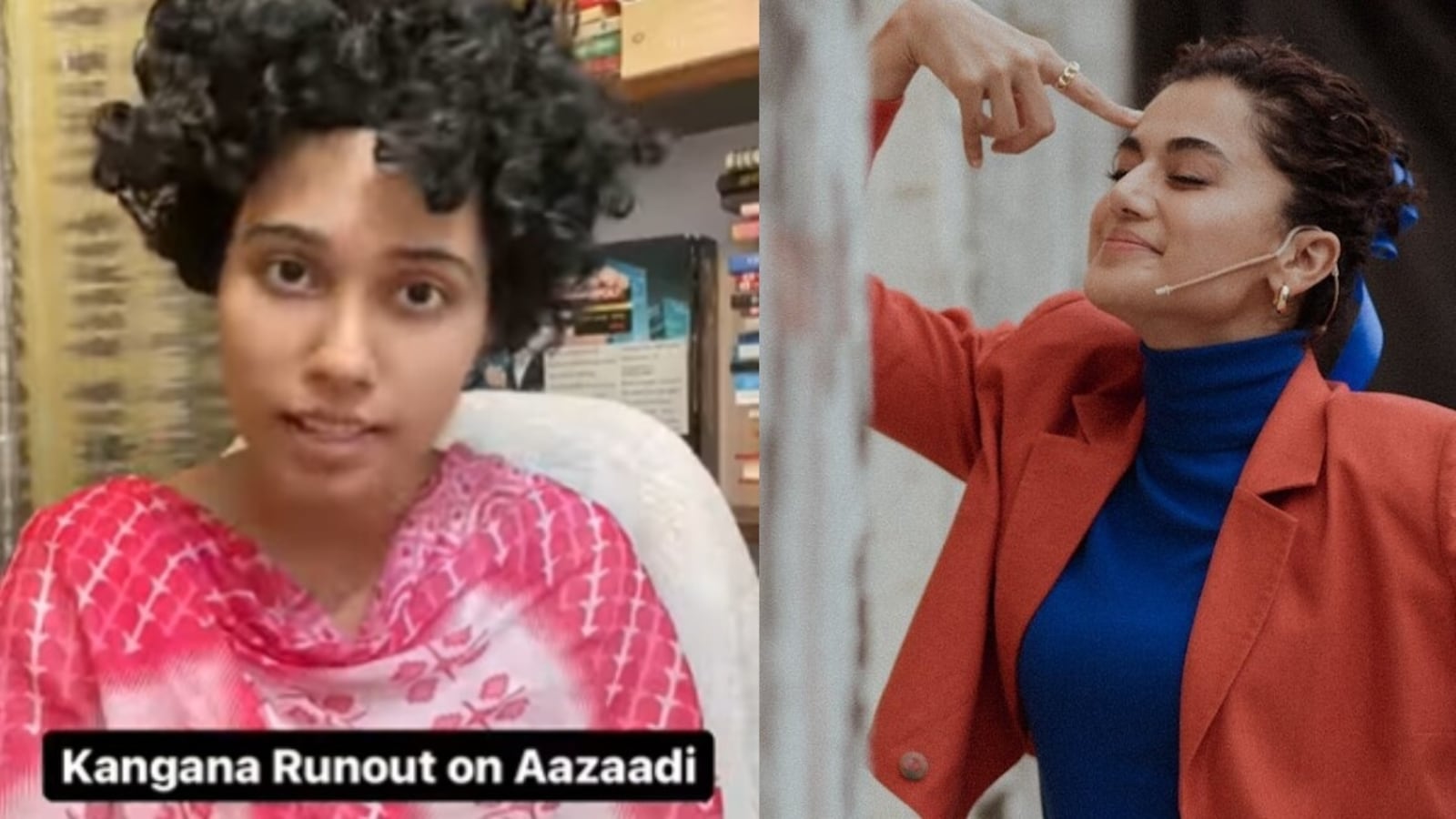 Saloni Gaur, a popular comedian, on Friday shared a video poking fun at Kangana Ranaut’s recent comments on India’s freedom struggle. The Thalaivii actor made a controversial statement that India’s independence in 1947 was not freedom but ‘bheek’ (alms) and the country got its real independence in 2014.

The political statement prompted the comedian to dress up as one of her on-camera alter-egos ‘Kangana Runout’. “Everyone’s asking me what I took before I sat down for the interview. I understand everything, I took my brains and went. Everyone made fun of my comments but if I drop my stand-up video, everyone will say, ‘Oh, didi is doing comedy.’ Is this freedom? In 1947, we got independence, not freedom. What wrong did I say? We haven’t got freedom even now,” Saloni said in her act, in Hindi.

She then listed how youngsters are still unable to get permission to go to Goa and joked that hiked petrol prices are preventing people from stepping out altogether, thus making the streets a safer place for women to roam. “After all this, they are trying to snatch my Padma Shri away. I dare you to take it away from me, I will also start crying. When people don’t like me talking, then imagine how I would be if I cried,” Saloni ended her skit. The video has received many reactions, including a ‘like’ from Taapsee Pannu.

Earlier this week, Kangana caused an uproar after she appeared at the Times Now Summit and commented on India’s freedom struggle. She said that the country attained ‘real freedom’ in 2014, referring to Narendra Modi becoming the Prime Minister.

Also read: Kangana Ranaut says ‘you will know soon’ when asked about her partner, reveals she wants to get married in five years

The statement did not go down well with several politicians, with BJP MP Varun Gandhi criticising her comment on Twitter. “Insulting the sacrifice of Mahatma Gandhi sometimes, respecting his killer sometimes, and now the disdain for the sacrifices of Mangal Pandey, Rani Laxmibai, Bhagat Singh, Chandrashekhar Azad, Netaji Subhash Chandra Bose and lakhs of freedom fighters. Should I call this thinking madness or treason?” he tweeted.

“It is an anti-national act and must be called out as such. To not do so would be a betrayal of all those who shed blood so that today we may stand tall and free as a nation,” Varun Gandhi said, as quoted by PTI.

Kangana reacted to his comment on Instagram and wrote, “Even though I clearly mentioned that 1857 freedom fight was the first revolution that was curbed… which led to more atrocities and cruelties from the British and almost a century was given to us in Gandhi’s begging bowl… Jaa aur ro ab (Go cry some more).” As the controversy grew further, Kangana took to Instagram and even offered to return her Padma Shri award if she’s proven wrong about her freedom comment.

Denial of responsibility! TechiLive.in is an automatic aggregator around the global media. All the content are available free on Internet. We have just arranged it in one platform for educational purpose only. In each content, the hyperlink to the primary source is specified. All trademarks belong to their rightful owners, all materials to their authors. If you are the owner of the content and do not want us to publish your materials on our website, please contact us by email – [email protected]. The content will be deleted within 24 hours.
comediancommententertainment newsEntertainment updateFreedomKanganakangana ranautKangana Ranaut azaadi comment
Share