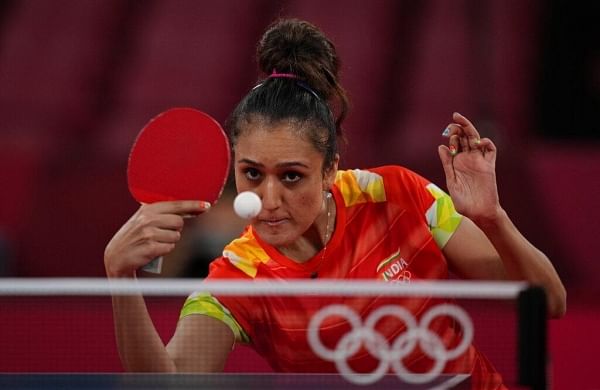 NEW DELHI: The Delhi High Court on Thursday temporarily stayed the Table Tennis Federation of India’s (TTFI) order of making it mandatory to attend national camps in order to be eligible for selection to the national team.

That was not all, as, after submissions from the Centre, the bench comprising Justice Rekha Palli asked the Centre to conduct an inquiry into Manika Batra’s complaint against the federation and national coach Soumyadeep Roy who had allegedly pressurised her to concede a match.

Senior counsel Sachin Dutta, on behalf of Manika, submitted that “the impugned Rules, besides being wholly illegal and contrary to the National Sports Code, have been malafidely framed to exclude the petitioner from participating in any further tournaments…”

Furthermore, the court also expressed ‘anguish’ at the manner in which a committee, constituted by the federation to look into the allegations, was reconstituted after it sought the Centre’s stand on the issue. Even though the court did not create a new committee, it asked the Centre to submit its report within four weeks. The Centre may seek the stand of Soumyadeep and also issued notice on the petition, which was listed for further hearing on October 28.

Regarding the national camp attendance, Dutta pointed out that most athletes selected for Asian Table Tennis Championship attended the camp only for a few days, but were still selected. The senior advocate also added that Manika was not desirous of participating in the Asian Championships as she felt she did not have the best practice in the lead-up.

During the course of the hearing, ASG Chetan Sharma, appearing for the Centre, on instructions, submitted that merit has to be the sole criteria for selection in the national team and that the compulsory attendance rule holds no merit through the Sports Code. Advocate Hrishikesh Baruah, representing TTFI, defended the rule and stated that such a mandate was present on other sports as well including weightlifting, archery, athletics and judo.

Denial of responsibility! TechiLive.in is an automatic aggregator around the global media. All the content are available free on Internet. We have just arranged it in one platform for educational purpose only. In each content, the hyperlink to the primary source is specified. All trademarks belong to their rightful owners, all materials to their authors. If you are the owner of the content and do not want us to publish your materials on our website, please contact us by email – [email protected]. The content will be deleted within 24 hours.
allegationsBatrascentreconductDelhiInquiryManikaManika Batra
Share