Notice: amp_is_available was called incorrectly. `amp_is_available()` (or `amp_is_request()`, formerly `is_amp_endpoint()`) was called too early and so it will not work properly. WordPress is currently doing the `pre_get_posts` hook. Calling this function before the `wp` action means it will not have access to `WP_Query` and the queried object to determine if it is an AMP response, thus neither the `amp_skip_post()` filter nor the AMP enabled toggle will be considered. It appears the theme with slug `publisher` is responsible; please contact the author. Please see Debugging in WordPress for more information. (This message was added in version 2.0.0.) in /home/runcloud/webapps/techilive/wp-includes/functions.php on line 5313
 Conducting Olympics will send strong message that we've moved beyond COVID: IOA chief Narinder Batra - TechiLive.in 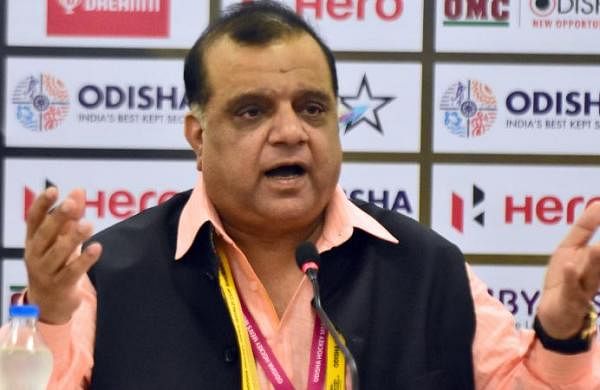 NEW DELHI: Opposition to the Olympic Games will be there amidst a raging COVID-19 pandemic but conducting the biggest sporting spectacle in Tokyo will send out a strong message that the world is moving beyond the catastrophic situation, IOA President Narinder Batra on Saturday.

The Tokyo Olympics, which was scheduled to be held last year, was postponed because of the pandemic.

The Indian Olympic Association (IOA) President, who is also an International Olympic Committee (IOC) member, is hoping that the Games will be held as scheduled, from July 23.

“Life has to move on and conducting the Olympics will give a strong message that we have moved beyond the COVID-19 pandemic,” Batra told PTI in an interview.

“Opposition to the Games will always be there but it is now up to the organising committee of Japan and IOC to decide.

“But as far as Indian athletes are concerned we are taking all necessary precautions and have been preparing to the best of our abilities to put up our best-ever performance in the Olympics,” the IOA chief added.

Batra’s comment has come after critics from Japan on Friday submitted a petition, calling for the Games to be cancelled as the host nation fights a fourth wave of coronavirus infections.

The petition, signed by 3,50,000 people was submitted to the IOC and International Paralympic Committee (IPC) chiefs as well as Tokyo Governor Yuriko Koike.

The petition came in the backdrop of Japan adding three more areas to a state of emergency, exactly 10 weeks from the scheduled opening of the Games.

The IOA chief also assured that the travel ban imposed on India by Japan wouldn’t affect country’s participation in the Games.

Japan on Thursday suspended entry of foreign nationals from 153 nations, including India in the wake of the recent surge in COVID cases across the globe.

“This is a temporary travel ban which has been issued by many countries but when it comes to Olympics, there are different protocols in place which a member nation has adhere to,” Batra said.

“I assure all the accredited Olympics-bound Indian athletes that they will face no problem in entering Japan. There are enough guarantees being ensured by the Organising committee and IOC,” he said.

“There will be no restrictions for them.”

The IOA chief further said that India has been following all protocols, including timely vaccination of all Tokyo-bound athletes and officials.

“We have been following all COVID protocols of the Organising Committee and IOC as per as vaccination of our athletes are concerned.

“We have also been in discussion with the government about the safe travel of our athletes to Japan. We are also exploring the option of one-way chartered flight for our contingent to Japan for the Games so that they don’t have to come in contact with other persons,” Batra said.

“These things will be finalised in due course when the final list comes out by June end. But rest assured we at IOA and the government will leave no stone unturned for our athletes participation in the Tokyo Olympics.”

Denial of responsibility! TechiLive.in is an automatic aggregator around the global media. All the content are available free on Internet. We have just arranged it in one platform for educational purpose only. In each content, the hyperlink to the primary source is specified. All trademarks belong to their rightful owners, all materials to their authors. If you are the owner of the content and do not want us to publish your materials on our website, please contact us by email – admin@techilive.in. The content will be deleted within 24 hours.
BatrachiefNarinderConductingCovidIOAmessageMovednarinder batra
0
Share

The humble jackfruit gets its due, its uses are being re-imagined in modern and more contemporary ways

Aussie Open could be on the move to Dubai or Doha