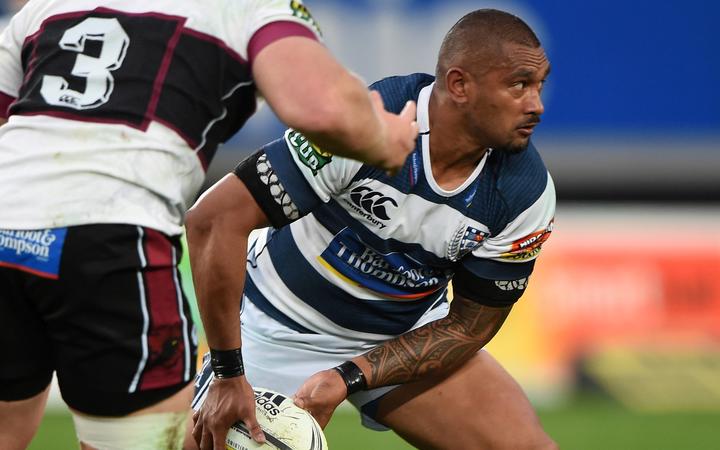 Could All Blacks switch to Pacific Island nations?

Former Blues and Samoa halfback Tino Poluleuligaga believes some All Blacks might change allegiances after the next World Cup, now that eligibility rules have been relaxed.

World Rugby has voted to allow players to switch national teams from next year.

A player must either be born in the country they want to change or have a parent or grandparent born there. 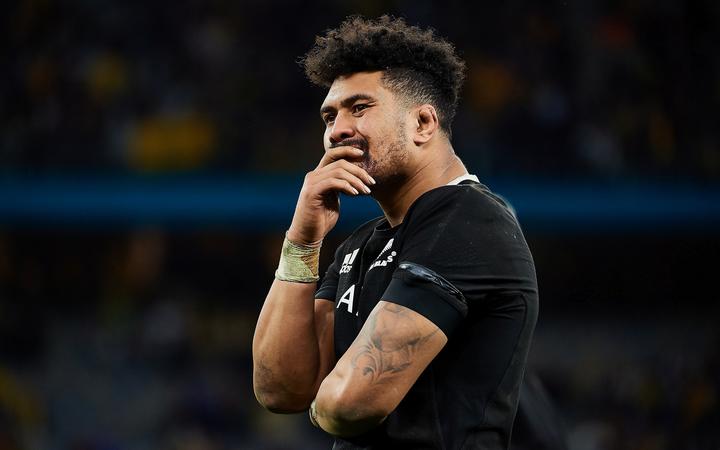 Ardie Savea has previously said he would one day like to play for Samoa and has been vocal with his support for a change to the eligibility rules.

Savea’s Father hails from the village of Si’umu on the south coast of the Upolu island of Samoa while his Mother is from the Eastern village of Lutuanu’u on the same island.

Poluleuligaga said the lure of representing your country of heritage will be hard to resist for some All Blacks.

“Ardie Savea has already expressed his views over the past few months around the eligibility change and I could honestly see him, with him being strongly connected to Samoa and the culture, showing up to play for Samoa at the 2027 World Cup, after he’s given back to the All Blacks, I can see him making himself available for the Manu.

“I think there’s going to be a lot of players like Ardie, who have had the opportunity to play for the All Blacks, the country that they’ve grown up in and the team they’ve always dreamed of playing for.

“But, then also being content with what they’ve done in the black jersey and being able to have that chance to play for their country of birth or their country of heritage. Giving back to the country where their parents or grandparents come from.

“It’s a good way to acknowledge the sacrifices that their parents and grandparents have made. I can see a lot of players heading down that path.”

WOW! Now this is a GAME CHANGER Awesome news to wake up to Thank you to everyone advocating for this to happen especially @danleo82 this change means a lot to our PI countries ❤ https://t.co/3mZRKRZ87k

Players must stand down from test rugby for 36 months before switching and may change unions only once.

There are many ex All Blacks that could play for their country of heritage now, including Julian Savea, Victor Vito, Lima Sopoaga, Francis Saili and Steven Luatua for Samoa and Charles Piutau, Israel Folau, Vaea Fifita, George Moala, Augustine Pulu for Tonga.

Poluleuligaga is confident the changes to World Rugby’s eligibility rules will have an instant impact on the strength of the Pacific Island nations.

“It just didn’t feel right that Samoa, Tonga and Fiji are at the World Cup every four years, and we don’t have the best players. For players like former All Black Charles Piutau it will be amazing for him and Tonga to play at a World Cup, he’s one of rugby’s best and should be playing at the World Cup.

“For the Pacific Island countries to have access to their best players, it would be phenomenal. The 2023 World Cup is going to be full of these Pacific Island superstars we’ve been able to bring back into test rugby.”

He said the rule changes will be hugely beneficial for the likes of Samoa, Fiji and Tonga.

“It’s huge. It’s huge. The Pacific Island community have given so much to the global game. This change will benefit those teams on the field and off the field as well. I’m thinking about the likes of former All Blacks Lima Sopoaga and Steven Luatua and even the Chiefs first-five Josh Ioane being available for the next World Cup. There’s a lot of potential, a lot of things to get excited about.

“From the commercial side of it, having these players available would really add a bit of credibility to the brands (Samoa, Tonga, Fiji) and to raise exposure of the teams to get more sponsorship on board.

“Everyone at the unions in Samoa, Tonga and Fiji will be celebrating all day. It honestly feels like we’ve won the World Cup with this announcement.”

Denial of responsibility! TechiLive.in is an automatic aggregator around the global media. All the content are available free on Internet. We have just arranged it in one platform for educational purpose only. In each content, the hyperlink to the primary source is specified. All trademarks belong to their rightful owners, all materials to their authors. If you are the owner of the content and do not want us to publish your materials on our website, please contact us by email – [email protected]. The content will be deleted within 24 hours.
AudioBlacksCurrent AffairsIslandNationsNewsnews updatePacific
Share