Notice: amp_is_available was called incorrectly. `amp_is_available()` (or `amp_is_request()`, formerly `is_amp_endpoint()`) was called too early and so it will not work properly. WordPress is currently doing the `pre_get_posts` hook. Calling this function before the `wp` action means it will not have access to `WP_Query` and the queried object to determine if it is an AMP response, thus neither the `amp_skip_post()` filter nor the AMP enabled toggle will be considered. It appears the theme with slug `publisher` is responsible; please contact the author. Please see Debugging in WordPress for more information. (This message was added in version 2.0.0.) in /home/runcloud/webapps/techilive/wp-includes/functions.php on line 5313
 Covaxin less effective against B.1.617.2 variant responsible for second wave: Study - TechiLive.in 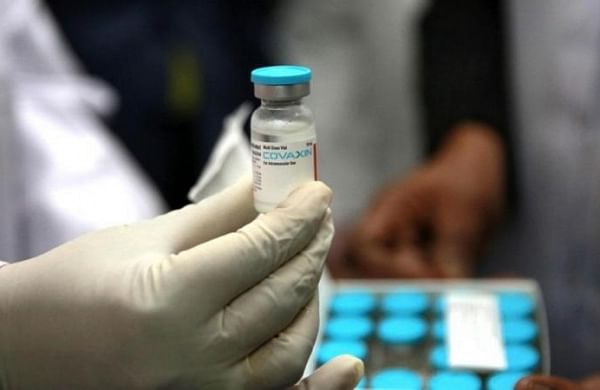 NEW DELHI: In what comes as rather a disappointing news, Covaxin, India’s first and only indigenously developed COVID-19 vaccine so far, has been found to be significantly less effective against the B.1.617.2 variant, the strain largely responsible for the ferocious second wave of the pandemic in the country.

Researchers associated with ICMR-National Institute of Virology and Bharat Biotech – the two agencies which have jointly developed the vaccine – studied neutralization of the parental B.1 virus and variants of concern- B.1.351 (South African variant) and B.1.617.

The neutralization was carried out with either sera from 20 recovered patients or 17 of those vaccinated with both doses of Covaxin.

Overall, as per the second interim analysis of Covaxin’s phase 3 clinical trials, its efficacy against COVID-19 infection is 78 per cent, Bharat Biotech has claimed in a statement, even though the data is yet to be released in a peer reviewed scientific journal.

Experts meanwhile said that the latest results are similar to those shown by others for recovered patients and those vaccinated with mRNA or viral vector vaccines.

Shahid Jameel, a senior vaccinologist said that while overall, these studies show that there is reduced antibody neutralization of the variants of concern, there is possibly sufficient immunity raised by infection or Covaxin administration to protect from severe disease and mortality, if not from breakthrough infection.

Jameel, who is not directly linked with the study, however cautioned that one issue that needs to be kept in mind while assessing the veracity of this research is that it is carried out by those who have a “direct conflict of interest”. “Coming from NIV, ICMR and Bharat Biotech, every single author on this study has either a reputational or a financial conflict of interest. But they formally deny this, which is unethical and troubling,” he said.

Significantly, the study results have been released days after data from the real world studies from the UK, carried out by the Public Health England, also came out showing that a single dose of AstraZeneca Covid vaccine in the UK was only 33 per cent effective in protecting against symptomatic COVID-19, caused by B.1.617.2 variant.

Two doses of this vaccine, available in India by the name of Covishield, however offers 59 per cent efficacy against the infection.

Also, some non-peer reviewed studies released recently in India have shown that a single dose of Covishield produces nearly 10 times more antibodies than Covaxin while the gap closes considerably after two doses.

Many experts however caution that while antibodies are a way to assess the response to vaccines, they do not fully measure the complete protection and the comparison between the two vaccines can be made only by carrying out a head-to-head randomized controlled trial.

Loading...
Denial of responsibility! TechiLive.in is an automatic aggregator around the global media. All the content are available free on Internet. We have just arranged it in one platform for educational purpose only. In each content, the hyperlink to the primary source is specified. All trademarks belong to their rightful owners, all materials to their authors. If you are the owner of the content and do not want us to publish your materials on our website, please contact us by email – admin@techilive.in. The content will be deleted within 24 hours.
B16172B16172 variantcoronaviruscovaxincovid vaccineCovid19Effectivelifestyle news
0
Share