Notice: amp_is_available was called incorrectly. `amp_is_available()` (or `amp_is_request()`, formerly `is_amp_endpoint()`) was called too early and so it will not work properly. WordPress is currently doing the `pre_get_posts` hook. Calling this function before the `wp` action means it will not have access to `WP_Query` and the queried object to determine if it is an AMP response, thus neither the `amp_skip_post()` filter nor the AMP enabled toggle will be considered. It appears the theme with slug `publisher` is responsible; please contact the author. Please see Debugging in WordPress for more information. (This message was added in version 2.0.0.) in /home/runcloud/webapps/techilive/wp-includes/functions.php on line 5313
 Covid claimed over 3 million lives more than reported in 2020: WHO - TechiLive.in 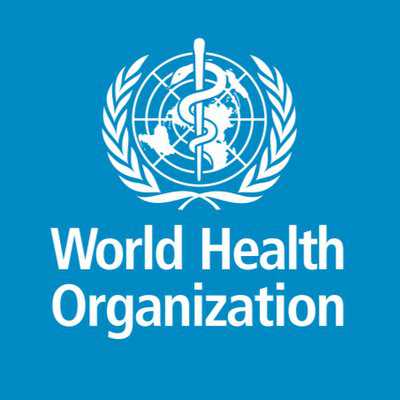 Covid claimed over 3 million lives more than reported in 2020: WHO

The coronavirus pandemic claimed more than 3 million excess deaths, or 1.2 million more than officially reported, in the year 2020, according to a new report by the World Health Organisation on Friday.

While the WHO’s official death toll due to Covid-19 is around 3.4 million so far, the actual number could be at least 6-8 million, showed the global health body’s annual World Health Statistics report 2021.

“This number would truly be two to three times higher. So I think safely about 6-to-8 million deaths could be an estimate on a cautionary note,” WHO’s Assistant Director General for Data and Analytics, Samira Asma, was quoted as saying at a virtual briefing.

The current estimate can be explained by under-reporting by countries on the number of infections and deaths tolls, the WHO report said.

“At the time of writing, more than 160 million confirmed Covid-19 cases and 3.3 million deaths had been reported to WHO. Yet these numbers are only a partial picture, as many countries have not been able to accurately measure and report on deaths that are either directly or indirectly attributable to Covid-19,” WHO Director General, Dr Tedros Adhanom Ghebreyesus, said in the report.

“One of the greatest lessons from the pandemic is the importance of timely, reliable, actionable and disaggregated data. This requires strong country data and health information systems through collaboration between governments, ministries of health, national statistical offices, and registrar generals,” he said.

He also suggested engagement with the private sector, academia, non-profit organisations, and the scientific community to ensure data is accessible as a public good.

The report showed that the region of the Americas and the European Region have been the most affected due to Covid, together comprising over three quarters of cases reported globally, with respective case rates per 100,000 population of 5,999 and 5,455.

Of the 23.1 million cases reported in the South-East Asia Region to date, over 86 per cent are attributed to India. Almost half (48 per cent) of all reported Covid-19-associated deaths have occurred in the Region of the Americas, and one third (34 per cent) in the European Region.

It also found that despite the extensive spread of the virus, Covid-19 cases to date are concentrated predominantly in high-income countries (HICs).

Loading...
Denial of responsibility! TechiLive.in is an automatic aggregator around the global media. All the content are available free on Internet. We have just arranged it in one platform for educational purpose only. In each content, the hyperlink to the primary source is specified. All trademarks belong to their rightful owners, all materials to their authors. If you are the owner of the content and do not want us to publish your materials on our website, please contact us by email – admin@techilive.in. The content will be deleted within 24 hours.
claimedCovidHealth newsHealth updatelivesMillionnews updatereported
0
Share

Dustoff06, LLC a Combat Veteran Owned business is the first and only CBD company whose sole focus is helping veterans with sleep, PTSD, pain and anxiety