Notice: amp_is_available was called incorrectly. `amp_is_available()` (or `amp_is_request()`, formerly `is_amp_endpoint()`) was called too early and so it will not work properly. WordPress is currently doing the `pre_get_posts` hook. Calling this function before the `wp` action means it will not have access to `WP_Query` and the queried object to determine if it is an AMP response, thus neither the `amp_skip_post()` filter nor the AMP enabled toggle will be considered. It appears the theme with slug `publisher` is responsible; please contact the author. Please see Debugging in WordPress for more information. (This message was added in version 2.0.0.) in /home/runcloud/webapps/techilive/wp-includes/functions.php on line 5313
 COVID Vaccine Covaxin Trials on Children Likely from Next Month - TechiLive.in 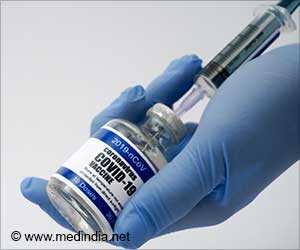 COVID Vaccine Covaxin Trials on Children Likely from Next Month

Holding a virtual conversation with members of FICCI Ladies Organisation (FLO) Hyderabad on “All About Vaccines, he said that the company expected approval from the World Health Organisation (WHO) for Covaxin by the end of third or fourth quarter.

Ella also said Bharat Biotech will be ramping up manufacturing capacity of Covaxin to 700 million doses by the end of this year.

“We are happy to have the full support of the government because of which we are able to stand where we are today in this journey. The vaccine is co-developed by us and ICMR. The Government placed an advanced purchase order of Rs 1,500 crore. This will help us to increase our risk appetite. That is why we are expanding to Bangalore and Gujarat,” he said.

Also seeking to dispel various myths about vaccines, he said that they are safe and everyone should take vaccines.

Replying to a query by Consultant, Breast Oncology & Oncoplastic Surgeon, Dr Pragnya Chigurupati, who moderated the talk, Ella said the success probability of a vaccine is just 6 per cent from discovery to development.

“”In normal circumstances, the development of a vaccine takes anywhere between 7 to 10 years, which we have done in the least possible time. This was never taught in books. This is something I learned practically. The journey was challenging, promising, and fulfilling,” he said.

Asked about dosing intervals he said ideally the gap should be between two weeks and can go up to six weeks. “If for some reason you miss that schedule, you need not get panicked. You can go and take the second dose anytime possible but at the earliest possible time.”

Three months after the second dose, a good antibody response can be developed. Talking about a booster dosage he said the current vaccines are doing good enough but it
About herd immunity, he said if the majority of the population are inoculated, that is when herd immunity can be achieved. About cross-matching of different vaccines he said: “As of now, no mix and match. The studies are on, if proved well, then we can take a call in the future”.

Asked why people still get Corona even after taking the first dose, he replied that the first dose gives only partial efficacy. “That is because your immune system takes time to develop. It is a biological process and the system needs some time. The severity of the Covid effect will be a lot less after the second dose,” he said.

On distribution, he said right now they are allowed to sell vaccines to the Union government, the state governments, and private hospitals in the ratio of 70:20:10. If any corporates plan to inoculate their staff, they may collaborate with private hospitals, he said.

FLO Hyderabad Chairperson, Uma Chigurupati described Covid-19 as a global health crisis. She pointed out that India is the worst hit and has surpassed Brazil.

Denial of responsibility! TechiLive.in is an automatic aggregator around the global media. All the content are available free on Internet. We have just arranged it in one platform for educational purpose only. In each content, the hyperlink to the primary source is specified. All trademarks belong to their rightful owners, all materials to their authors. If you are the owner of the content and do not want us to publish your materials on our website, please contact us by email – admin@techilive.in. The content will be deleted within 24 hours.
Loading...
ChildrencovaxinCovidcovid vaccineHealth newsHealth updatemonthnews update
0
Share

Have You Satisfied Your Covid Compliance Officer?