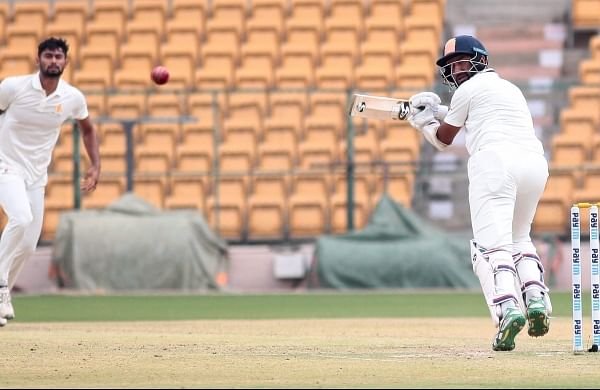 NEW DELHI: India’s domestic Ranji Trophy has been postponed after a nationwide surge in coronavirus cases, the country’s cricket board said in a statement.

The first-class competition, named for Maharaja Ranjitsinhji, an Indian prince who played for England in the 1890s was scheduled to start this month.

But the long-format tournament and February’s Twenty20 women’s league were both called off until further notice on Tuesday, the Board of Control for Cricket in India said.

“BCCI does not want to compromise the safety of the players, support staff, match officials and other participants involved,” its statement read.

Indian media reported that six Bengal players had tested positive for the virus ahead of the Ranji opener on January 13.

The tournament was scheduled to be held in six cities, Mumbai, Bangalore, Chennai, Kolkata, Ahmedabad and Thiruvananthapuram.

The previous season of the Ranji Trophy was cancelled due to the pandemic, one of many sporting events around the globe thrown into disarray by the virus.

Covid fears have also forced the Indian Premier League T20 tournament to be staged in the United Arab Emirates for the past two seasons.

Denial of responsibility! TechiLive.in is an automatic aggregator around the global media. All the content are available free on Internet. We have just arranged it in one platform for educational purpose only. In each content, the hyperlink to the primary source is specified. All trademarks belong to their rightful owners, all materials to their authors. If you are the owner of the content and do not want us to publish your materials on our website, please contact us by email – [email protected]. The content will be deleted within 24 hours.
BCCICovidCovid-19cricketIndiasnews updatePostponedranji
Share