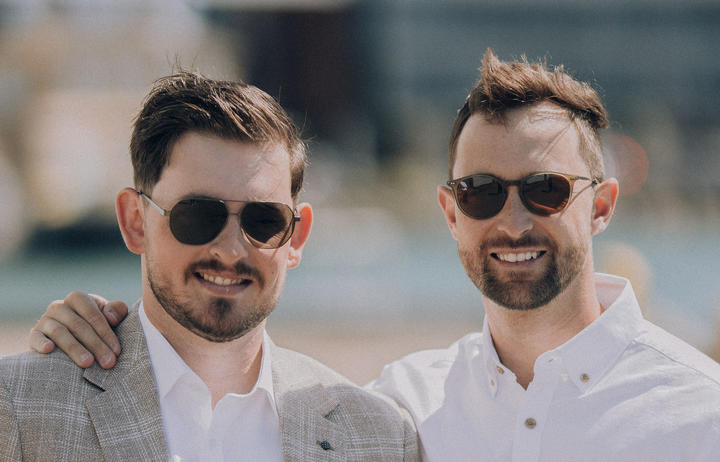 First Person – If you’re a groomsman at a wedding, you’re not supposed to turn up four hours late, are you?

As a mate, you’re not supposed to keep your friends up all night, fretting, freaking out, chomping at finger nails, wondering if you’re going to survive the night, are you?

I’m asking because, Devon Conway’s doing my head in.

But maybe that’s just the fact I’ve barely slept these past few days.

You see the above statements lack any real context, so maybe this will help you get your head around why Conway is more than just a special cricketer.

When Devon and his fiancee Kim arrived in New Zealand in September 2017, my partner Courtney and I had also just arrived back in New Zealand, after I’d spent a stint playing cricket in the United Kingdom.

I knew nothing of Devon at that first training.

When he padded up and walked into the indoor nets at Scots College, he immediately looked a class above.

In any sport, an athlete that looks like they have time stands out, and in that training it was as if Devon had the keys to the DeLorean.

Now, just because he excels at cricket doesn’t mean he’s good at everything.

It’s no secret that Devon’s chipping golf game is miserable at times, but often saved by a frankly miraculous putting game.

The number of times the game is on the line, on the final couple of holes, and he rolls home a 10 or 15 metre putt is beyond belief.

But I can exclusively reveal he’s terrible at Jenga, so the man is human. 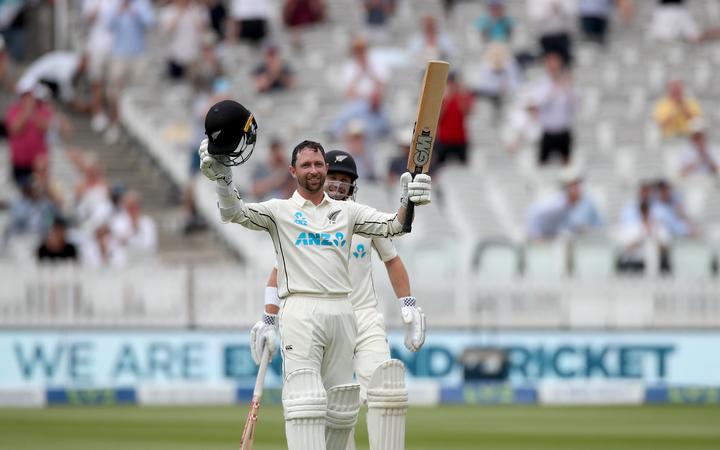 Devon Conway raises his bat as he reaches 100 in his test debut at Lord’s 2021.
Photo: PHOTOSPORT

You probably see him in his media rounds, and I make fun of him for it. He will have notched another big score but will never talk about himself.

Whenever we talk, he genuinely cares about how I’m doing.

He always asks about my partner, about my dog. Heck, when he and Kim come around for dinner, he probably spends more time with our animals than us.

He has a huge amount of empathy, and I think that shines through, even at Lord’s.

Some athletes have this public persona – Kiwis love a humble athlete who works hard and leaves it all on the pitch – but in private they’re completely different.

I was once a sports reporter, so I know far too many of them to count.

Conway is as he seems. He’s genuine. He’s the real deal. And he’s one helluva mate.

It’s those qualities I admire, more even than his batting. I want the nice guy to finish first, for a change.

And I suppose I forgive him for those first two points earlier.

He was late to my wedding because he was winning the Super Smash final, and he kept me up all night thanks to his debut test hundred at Lord’s.

If I think about it, I couldn’t be happier for him.

Denial of responsibility! TechiLive.in is an automatic aggregator around the global media. All the content are available free on Internet. We have just arranged it in one platform for educational purpose only. In each content, the hyperlink to the primary source is specified. All trademarks belong to their rightful owners, all materials to their authors. If you are the owner of the content and do not want us to publish your materials on our website, please contact us by email – [email protected]. The content will be deleted within 24 hours.
AnimalAudioConwaycricketerCurrent AffairsDevonfriendGolfer
0
Share

PUBG Mobile and Free Fire might reportedly get banned in Bangladesh: | Digit

Vivo Y73 Said to Launch in India in a Week, Price and Render Leaked