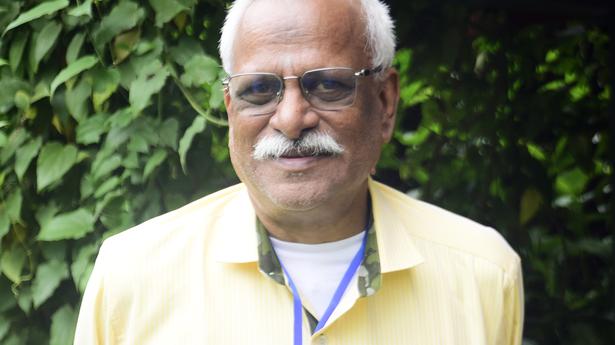 Chennai Super Kings will consider having a team in the proposed Women’s IPL.

“Once the BCCI decides to have a women’s IPL, we will be interested,” CSK CEO Kasi Viswanathan told The Hindu here on Saturday. “We will take a call when it is offered.”

Viswanathan, who was here to speak at a cricket conclave organised by the city-based Ranji Memorial Society ECC, feels there is scope for a proper Women’s IPL. “Look at the progress in Indian women’s cricket after receiving recognition,” he said.

As for the men’s IPL, he said expansion of the league would not cause any fatigue, for players or fans, and that increasing the number of teams from eight to 10 would be good for the league.

About CSK emerging as one of the most successful teams in the IPL history, he said captain M.S. Dhoni, coach Stephen Fleming and a system that tracked and picked new talent from the domestic circuit were the main reasons.

“We have eight or nine former First Class cricketers as talent scouts at the CSK since its inception,” he said. “They follow the domestic game closely. So, when we wanted someone who could bowl with raw pace, we could rope in K.M. Asif; our scouts from Kerala, Sunil Oasis and M.A. Satheesh, had been tracking him.”

CSK watched closely all the divisions in Tamil Nadu, besides the Tamil Nadu Premier League (TNPL).

“At the TNPL we have around 75 players from districts in the eight teams,” he said. “The TNPL has helped Tamil Nadu cricket in a big way. It has produced 14 IPL players; that is a big number for a young league.”

Part of the game

Looking back at last season’s poor show, he admitted fans were disappointed. “But they understand cricket is a game and one or two years would be like that,” he said. “The fans have been the backbone of CSK.”

About the speculation from some quarters that everything wasn’t probably right between CSK and Ravindra Jadeja, he said that wasn’t true. “Everything is fine,” he said.

Denial of responsibility! TechiLive.in is an automatic aggregator around the global media. All the content are available free on Internet. We have just arranged it in one platform for educational purpose only. In each content, the hyperlink to the primary source is specified. All trademarks belong to their rightful owners, all materials to their authors. If you are the owner of the content and do not want us to publish your materials on our website, please contact us by email – [email protected]. The content will be deleted within 24 hours.
Chennai Super KingscricketCSKiplMullsnews updateOwningsports news
Share

From AM to PM, the fickle force of government is with you