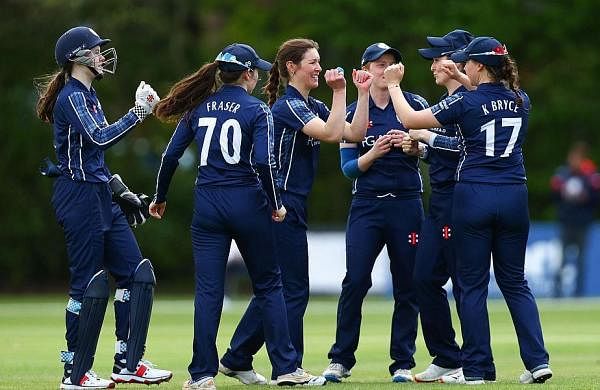 CHENNAI: The qualifying tournament for the one spot available in women’s cricket for the Birmingham Commonwealth Games is set to begin on January 18 in Malaysia, with Sri Lanka, Scotland, Bangladesh and Kenya participating in the event along with the hosts.

Malaysia will take on Scotland in the opening game followed by the clash between Bangladesh and Kenya. As reported earlier, the tournament will be a round-robin event with all the T20Is scheduled to be played at the Kinrara Oval in Puchong. The teams will have to go through mandatory seven-day quarantine on arrival in the country before entering the bio-secure environment. The tournament will  end on January 24 and the side with the maximum points will feature in the main event.

Speaking about the competition, Chief Operating Officer at Malaysian Cricket Association Dinesh Muthuraman said that it is an exciting opportunity for the hosts, adding, “we are organising an event after two years. This will be the first tournament for Malaysia since the pandemic.”

“We have got good support from the Malaysian government with respect to approvals, bio-bubbles and SOPs, etc. We have a young squad. It’s a challenging tournament and we have the confidence that the team will do well,” he told this daily.

The biggest talking point, however, will be the participation of Sri Lanka. After missing out on the 2022 ODI World Cup berth when the qualifying tournament in Zimbabwe ended abruptly due to Covid, they will be keen to do well in the upcoming global event. Currently training in Colombo, the 16-member squad, along with four reserves, led by Chamari Atapattu will be leaving for Malaysia on Sunday (January 9) as per reports. Along with Bangladesh, the island nation is among the strongest contenders to qualify for the Commonwealth Games in July.

Scotland is the first contingent, the only one to take part from Europe, to reach Malaysia as they are planning to get acclimated to the conditions early. Upon arrival on Tuesday, head coach Mark Coles said that they are keen to get some outdoor training after the 7-day quarantine. Last played in the T20 World Cup Europe Qualifiers in August 2021, Scotland have been training indoors during the winter.

“Coming from seven degrees, training inside has been tough, but the players are in a great (space). Our fitness standards are improving, which is credit to our strength and conditioning coach Charlotte Dalton-Howells,” said Coles, adding that the event is a good opportunity for them to exhibit their skills to the world.

Pleased with the squad which will be captained by Kathryn Bryce, he said that they intend to play positive cricket. “We have no pressure on us to perform; pressure does funny things to teams who are expected to win. We won’t ever give up, I know that,” he signed off.

Denial of responsibility! TechiLive.in is an automatic aggregator around the global media. All the content are available free on Internet. We have just arranged it in one platform for educational purpose only. In each content, the hyperlink to the primary source is specified. All trademarks belong to their rightful owners, all materials to their authors. If you are the owner of the content and do not want us to publish your materials on our website, please contact us by email – [email protected]. The content will be deleted within 24 hours.
BangladeshCommonwealth GamescricketCWGfaceJanuary18Malaysianews update
Share

Starting an exercise routine can feel overwhelming. Here’s how to begin

Dibyendu Bhattacharya is on a roll with two back-to-back…

SimpliSafe: The Viral Fireworks Gone Wrong Video Was Not a…