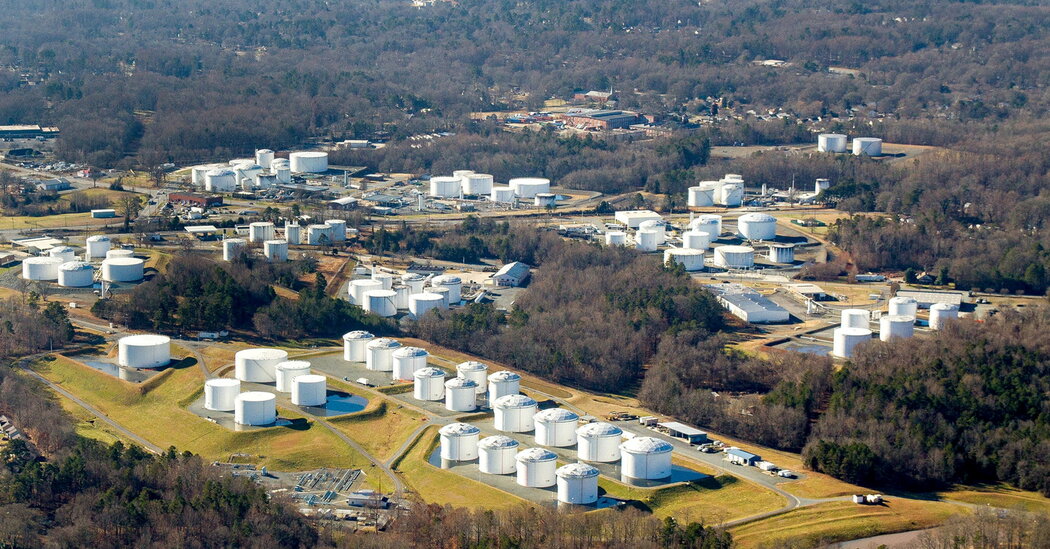 One of the U.S.’s biggest pipeline operators, Colonial Pipeline, disclosed late last week that it was forced to shut down after it was hit by ransomware. It’s a sobering reminder that cybercrime is one of the most serious threats that companies face.

Colonial acknowledged that its corporate computer network had been hit, crippling the company that supplies 45 percent of the East Coast’s fuel. (A criminal gang known as DarkSide was identified as the perpetrator.) While the shutdown, now in its third day, hasn’t yet had a major impact on the markets for gasoline, diesel or jet fuel, analysts warned prolonged downtime could lead to higher gas prices as demand rises when the economy fully reopens. Colonial declined to say when it would restart operations.

Cybercrime is on the rise. U.S. officials note that the frequency and sophistication of ransomware attacks has soared in recent months, targeting police departments, hospitals and manufacturers. Companies are often reluctant to reveal much information about these attacks, making the scope of hacks difficult to gauge; last year, a ransomware attack took an unnamed natural gas facility offline for two days, according to a vague statement from the government at the time. The attack on Colonial comes months after news of the hacking of the network services provider SolarWinds, which Russia has been accused of orchestrating.

The Biden administration is weighing how to respond. The White House had already been planning an executive order to create new digital safety standards for federal agencies and contractors, as well as new disclosure rules. Government officials have conceded that the order as currently planned wouldn’t stop the most skilled hackers from infiltrating computer networks, though they say it might have helped prevent hacks like the Colonial incident. In the meantime, the Department of Transportation passed an emergency order yesterday relaxing rules on transporting fuel via road in some states.

New warnings about how the coronavirus spreads. U.S. officials acknowledged that the virus is airborne and can reach people more than six feet away, raising questions about how employers can redesign offices to reduce the spread. Still, Dr. Anthony Fauci said he was open to relaxing indoor mask mandates — so long as Americans continue to get vaccinated.

The fight over unemployment benefits heats up. Friday’s disappointing jobs report stoked debate over whether the Biden administration’s policies are working. Republicans (and some Democrats) argue that the $300 weekly supplement is discouraging people from finding work; others say any clogs in the labor market are temporary.

Investors rebel against executive pay. Shareholder votes in favor of U.S. executives’ compensation have fallen to their lowest level — an average of 88 percent — since 2011, the year that “say on pay” votes became mandatory, The Financial Times reports. So far this year, six S&P 500 companies have failed to win a majority of support for pay packages.

An online cheating scandal is roiling Dartmouth. The school accused 17 medical students of cheating on remote exams. The allegations have caused an uproar at the university — several students say the software was at fault — and highlighted issues around the tracking of students without their consent.

Dogecoin: Who is the joke on?

In this year of crypto craziness, the funniest money of all is Dogecoin. The token that started as a joke, riffing off a popular internet meme, has generated scarcely believable returns and distracted from more serious discussions about the future of cryptocurrency (see the separate item below for more on that).

Is Elon Musk really taking Dogecoin to the moon? That’s what the Tesla C.E.O. has been pledging to do, literally and figuratively. Yesterday, he tweeted that one of his other companies, SpaceX, is “launching satellite Doge-1 to the moon next year — Mission paid for in Doge.” The announcement came the morning after he dropped a few Dogecoin references as host of “Saturday Night Live,” at one point calling the token “a hustle.” Dogecoin fell by nearly a third in price on the night of the show. It was such an eventful night for the cryptocurrency that the Robinhood trading app couldn’t keep up.

SpaceX and Geometric Energy Corporation are indeed teaming up to carry a 90-pound satellite on a Falcon 9 moon mission, paid for with Dogecoin, according to a statement yesterday. “Having officially transacted with DOGE for a deal of this magnitude, Geometric Energy Corporation and SpaceX have solidified DOGE as a unit of account for lunar business,” said G.E.C.’s chief executive, Samuel Reid.

Dogecoin is only disconcerting if you don’t get it? “It’s cheap, fun, viral and has a great potential for return,” Marcos Brakenridge, an undergraduate business student at the University of Kansas, told DealBook. Brakenridge, the treasurer of the student investment club, bet big on Dogecoin in February, when it was around a tenth of its current price, to make money for a down payment on real estate. Tens of thousands of dollars in returns later, he’s confident its value will keep going up because Musk — and the rest of us — keep making a fuss about it.

— A former executive of the Bill & Melinda Gates Foundation on the couple’s divorce. The split makes personal a shift that confidants say was underway in their philanthropic roles, The Times reports. Ms. French Gates had consulted with divorce lawyers in 2019, The Wall Street Journal reports.

Away from the memes and manias, the cryptocurrency industry is maturing, as shown by its growing contingent of lobbyists in Washington and a recent hiring spree of former regulators. The burst in activity comes amid growing enthusiasm from mainstream investors and increased concern from regulators, The Times’s Eric Lipton reports.

Clarity on how to regulate digital assets is likely years away, Eric told DealBook. This month, the House passed a bill backed by crypto lobbyists to create a working group to examine frameworks for regulating digital assets. “The bill the House passed is a sign of how far they are from doing anything substantive in Congress,” Eric said. “There is no consensus on how to go forward and there are serious rivalries in the industry.”

Congress usually acts in response to disaster, said Stephen Lynch, Democrat of Massachusetts, at the House vote, noting that the F.D.I.C. was created after the Great Depression, and the C.F.P.B. came after the 2008 financial crisis. The bill, he noted, was a chance “to act proactively toward financial innovation rather than to address gaps in our regulatory framework after the fact.”

Until there are rules, it’s all about enforcement. In December, the S.E.C. sued Ripple Labs, creator of a popular crypto platform, saying its token, XRP, is an unregistered security. The company argues that XRP is a commodity, like Bitcoin, and has enlisted lobbyists, lawyers and other well-connected advocates to make its case. The lawsuit has persuaded other industry players to get more involved in crafting rules “because right now it is like the Wild, Wild West,” said John E. Deaton, a lawyer who moved to intervene in the enforcement action against Ripple.

On work and vaccines

On Friday, we wrote about one of the most vexing issues facing boardrooms: Should companies mandate that employees get vaccinated before returning to the workplace? We asked for your thoughts, and many of you shared opinions, personal experiences and suggestions for handling this complex issue. Here is a small selection, edited for clarity:

Loading...
Denial of responsibility! TechiLive.in is an automatic aggregator around the global media. All the content are available free on Internet. We have just arranged it in one platform for educational purpose only. In each content, the hyperlink to the primary source is specified. All trademarks belong to their rightful owners, all materials to their authors. If you are the owner of the content and do not want us to publish your materials on our website, please contact us by email – [email protected]. The content will be deleted within 24 hours.
cybercrimeEducation newsEducation updateHitsnews updatePumptechi live
0
Share

Fulham relegated from English Premier League after one season

Studies: Recovered Athletes Had No Heart Damage | Inside Higher Ed