Notice: amp_is_available was called incorrectly. `amp_is_available()` (or `amp_is_request()`, formerly `is_amp_endpoint()`) was called too early and so it will not work properly. WordPress is currently doing the `pre_get_posts` hook. Calling this function before the `wp` action means it will not have access to `WP_Query` and the queried object to determine if it is an AMP response, thus neither the `amp_skip_post()` filter nor the AMP enabled toggle will be considered. It appears the theme with slug `publisher` is responsible; please contact the author. Please see Debugging in WordPress for more information. (This message was added in version 2.0.0.) in /home/runcloud/webapps/techilive/wp-includes/functions.php on line 5313
 David Price struggles in Dodgers' loss against Cardinals - TechiLive.in 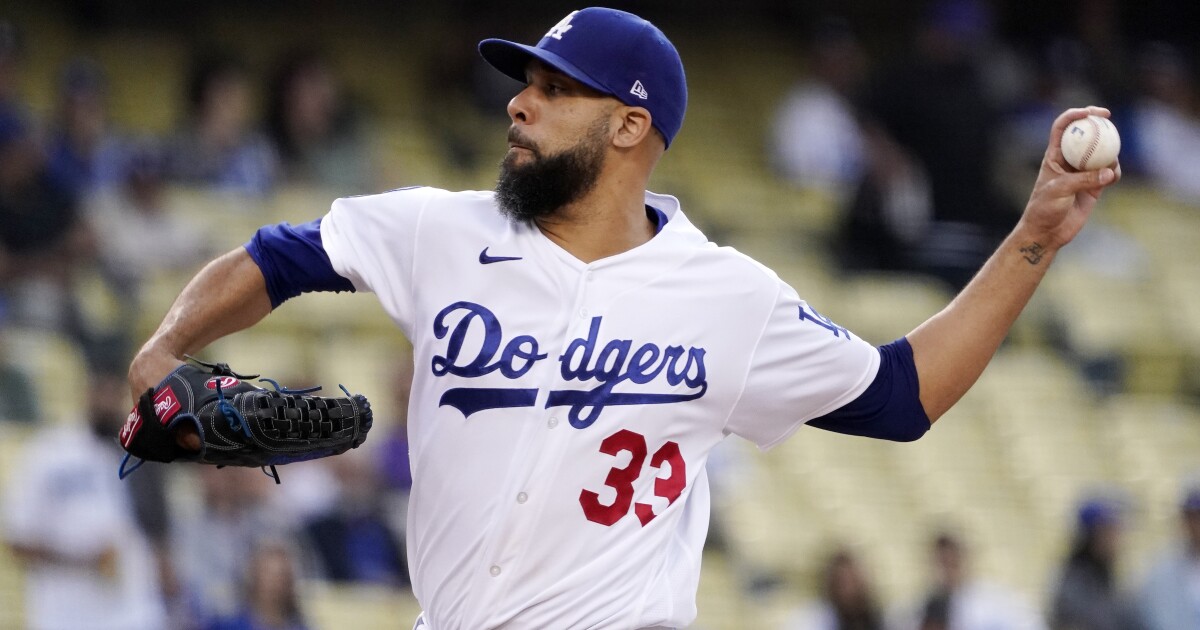 The Dodgers tapped David Price as the opener for their bullpen game Tuesday against the St. Louis Cardinals after he was effective in the role twice in the last two weeks. Ideally, manager Dave Roberts said, Price would pitch three innings before passing the baton to the rest of the relief corps.

Price instead recorded just five outs. He exited after giving up two runs and five hits over 12/3 innings. He
touched 96 mph but had trouble with his command. He threw 50 pitches. It was Price’s worst outing since returning from a hamstring injury May18. The left-hander, 35, had tossed 62/3 scoreless innings in his previous four appearances.

His early exit forced the rest of the Dodgers’ bullpen to cover at least 22 outs, a potentially disastrous scenario. But the Dodgers’ relief corps kept the Cardinals scoreless until the ninth inning, when Edmundo Sosa lined a go-ahead RBI single off Blake Treinen.

Treinen was kept in the game for the ninth inning after logging a perfect eighth on nine pitches and being unavailable Monday because of an undisclosed injury. Roberts declined to offer details when asked Tuesday what specifically hindered Treinen,

“I just don’t want to kind of divulge something I don’t need to,” Roberts said.

On the other side, the Cardinals gave the ball to John Gant, whose success this season is head-scratching. He began Tuesday with an impressive 1.81 ERA but also had issued the most walks, 31, in the National League. He has routinely danced around danger, and he continued the act Tuesday.

The right-hander held the Dodgers scoreless across six innings despite yielding four hits and three walks. His ERA dropped to 1.60. He then watched Giovanny Gallegos, a hard-throwing right-hander, squander the Cardinals’ two-run lead in the seventh.

Matt Beaty, a half-inning after dropping a routine fly ball in left field, smashed a two-run home run to the right-field pavilion off Gallegos to tie the score.

The original plan for Cody Bellinger when he came off the injured list Saturday, according to Roberts, was for him to start the Dodgers’ next five games. That plan was scratched Tuesday. Bellinger wasn’t in the lineup after going 0 for 10 with three walks in three games since his return from a fractured left fibula.

Bellinger, however, entered the game as a pinch-hitter in the seventh inning. He struck out on three pitches against Gallegos.

Bellinger suffered the injury April5 in his fourth game of the season. The fracture kept the center fielder out for nearly two months, continuing a disjointed start to the 2021 season that began with Bellinger being held out of spring training until mid-March after undergoing shoulder surgery in November. The 2019 NL MVP is four for 30 (.138) with a .506 OPS this season.

“We look back at what he did to prepare for the season, it was an abbreviated spring training, and then I think it was four games into the season, he gets hurt,” Roberts said. “So, as far as game at-bats, he hasn’t had it. So I just think continuing to get the work in, and we all know that he impacts us if he’s in the game, in the lineup.”

Roberts said Bellinger will return to the lineup Wednesday and start all three games against the Atlanta Braves this weekend.

Jimmy Nelson, on the injured list with right forearm and elbow soreness, faced Yoshi Tsutsugo in a live batting practice session. If he rebounds Wednesday without an issue, he could come off the injured list as soon as Friday.

“It was something that was just kind of increasing as I was throwing more and more, so we just kind of shut it down from there,” Nelson said of his injury. “Addressed the issue and I feel like between the treatment and just the approach back into things … it’s all gone very well.”

Roberts said AJ Pollock (hamstring) is also expected to join the Dodgers on their upcoming road trip. The outfielder went one for three with a home run in six innings on a rehab assignment with single-A Rancho Cucamonga on Tuesday.

Loading...
Denial of responsibility! TechiLive.in is an automatic aggregator around the global media. All the content are available free on Internet. We have just arranged it in one platform for educational purpose only. In each content, the hyperlink to the primary source is specified. All trademarks belong to their rightful owners, all materials to their authors. If you are the owner of the content and do not want us to publish your materials on our website, please contact us by email – admin@techilive.in. The content will be deleted within 24 hours.
CardinalsDavidDodgersLossnews updatepricesports newssports update
0
Share