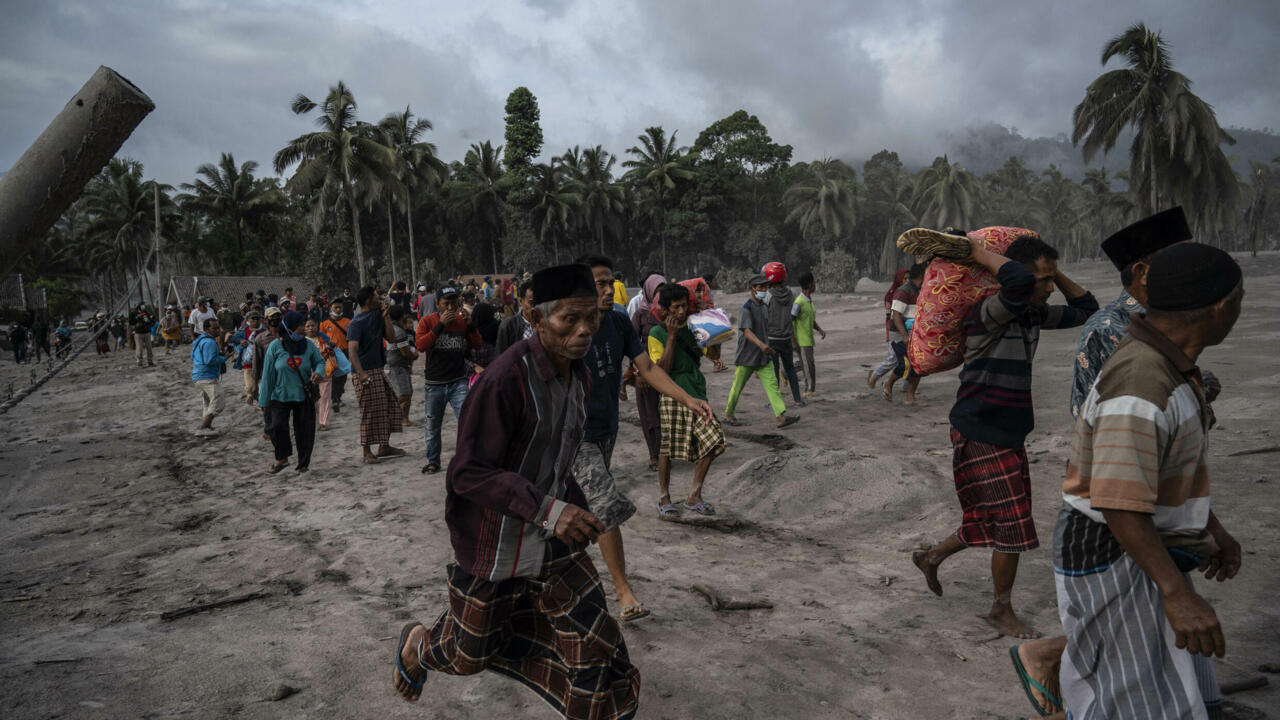 Ten people trapped after Indonesia’s Semeru volcano erupted have been evacuated to safety, the disaster mitigation agency (BNPB) said on Sunday, as the death toll from the disaster climbed to at least 13 with dozens injured.

Semeru, the tallest mountain on Java island, threw up towers of ash and hot clouds on Saturday that blanketed nearby villages in East Java province and sent people fleeing in panic.

The eruption severed a strategic bridge connecting two areas in the nearby district of Lumajang with the city of Malang and wrecked buildings, authorities said.

BNPB official Abdul Muhari said in a news release that 13 people were killed after the eruption, two of whom have been identified. Ninety-eight were injured, including two pregnant women, and 902 have been evacuated, the statement said.

Most injuries were burns, authorities said.

In the Sumberwuluh area, thick, grey ash coated damaged houses, while volunteers tried to turn away motorists who wanted to go back to their homes near Semeru, a Reuters witness said.

An official at Indonesia’s search and rescue agency told news channel Metro TV that evacuations have been suspended due to hot clouds hampering efforts.

Other obstacles include heavy rocks and hot volcanic sediment that is limiting movement, a local disaster mitigation agency official said.

Thoriqul Haq, a local official in Lumajang, said earlier that sand miners had been trapped around their work sites.

Indonesia’s transportation ministry said on Sunday the eruption caused no disruption ton flights, though pilots have been alerted to watch out for the ashfall.

Semeru, more than 3,600 metres (12,000 feet) high, is one of Indonesia’s nearly 130 active volcanoes. It erupted in January, causing no casualties.

Indonesia straddles the “Pacific Ring of Fire”, a highly seismically active zone, where different plates on the earth’s crust meet and create a large number of earthquakes and volcanoes.

Denial of responsibility! TechiLive.in is an automatic aggregator around the global media. All the content are available free on Internet. We have just arranged it in one platform for educational purpose only. In each content, the hyperlink to the primary source is specified. All trademarks belong to their rightful owners, all materials to their authors. If you are the owner of the content and do not want us to publish your materials on our website, please contact us by email – [email protected]. The content will be deleted within 24 hours.
Asia / PacificDeatheruptionHealth newsHealth updateIndonesiaIndonesiasNatural disaster
Share