Notice: amp_is_available was called incorrectly. `amp_is_available()` (or `amp_is_request()`, formerly `is_amp_endpoint()`) was called too early and so it will not work properly. WordPress is currently doing the `pre_get_posts` hook. Calling this function before the `wp` action means it will not have access to `WP_Query` and the queried object to determine if it is an AMP response, thus neither the `amp_skip_post()` filter nor the AMP enabled toggle will be considered. It appears the theme with slug `publisher` is responsible; please contact the author. Please see Debugging in WordPress for more information. (This message was added in version 2.0.0.) in /home/runcloud/webapps/techilive/wp-includes/functions.php on line 5313
 Deep pockets help English clubs get a purchase on Champions League - TechiLive.in 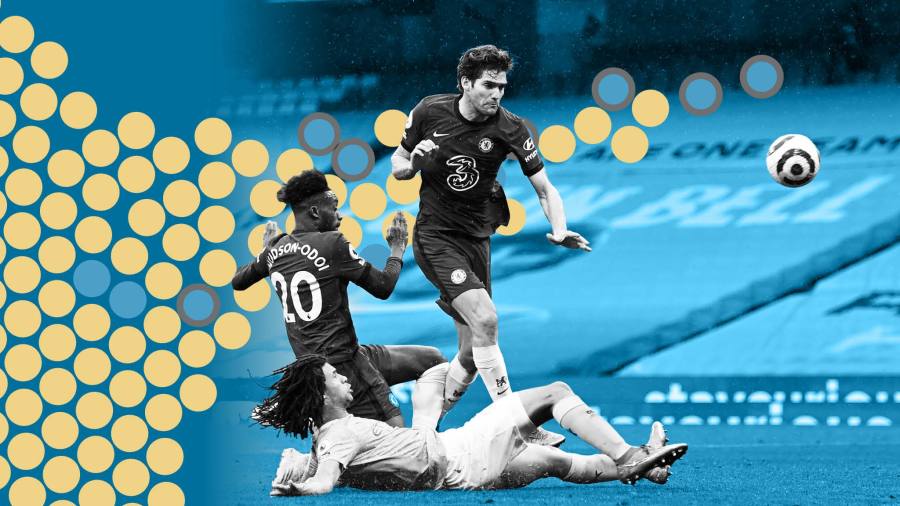 Does money buy success? For those who don’t believe it, think again.

The owners of the most expensively constructed teams in world football, are set to find out when Chelsea play Manchester City in the Uefa Champions League final this Saturday.

Winning the biggest honour in European club football would be the ultimate pay-off for the billionaire backers who have invested hundreds of millions in building their squads and football business.

Roman Abramovich, the Russian-Israeli tycoon who bought Chelsea in 2003, is hoping for a repeat of 2012, the club’s first and only triumph in the competition.

Meanwhile City, under the control of Sheikh Mansour bin Zayed al-Nahyan, the billionaire deputy prime minister of the United Arab Emirates, will be hoping for the club’s first Champions League silverware after securing its third Premier League title in four years. Both owners have spent about £1.6bn combined net of players sold since they took the helm.

Whereas the first two all-English finals — in 2008 and 2019 — were more than a decade apart, it has taken just two years since the last for another two Premier League teams to reach the final of Europe’s pinnacle competition.

FT analysis of Deloitte’s Football Money League, shows that within the top 15 teams in Europe, English clubs on average have earned more revenues than continental rivals in nine of the past 16 seasons. And the Premier League’s dominance is increasing. English clubs have outpaced the revenues of their European rivals in six of the past seven seasons, bolstered by the league’s global appeal and billions of pounds in broadcasting revenues.

“English clubs, especially those with benevolent owners willing to underwrite investment on the pitch do have a potential advantage over other European clubs,” said Kieran Maguire, a lecturer in football finance and accountancy at the University of Liverpool. “The Premier League’s broadcast deal gives it a huge edge over the rest of Uefa nations competing for European trophies.”

While the pandemic wiped out as much as €8.1bn of revenues for top-tier clubs across Europe over the past two seasons, limiting many in the transfer market, City and Chelsea have not been shackled.

Chelsea spent more than £220m this season strengthening its squad, according to data from website Transfermarkt.com, about the same amount as Barcelona and Juventus combined — which rank third and fourth in the transfer spend league table.

Manchester City invested £150m in new players, including €68m on defender Rúben Dias from Portugal’s Benfica and €23m on midfielder Ferran Torres who has scored four goals in six appearances in the Champions League.

Chelsea was the only club to spend more than £100m net of players sold while City was just shy of that at £97m, the analysis found. By contrast, Germany’s Borussia Mönchengladbach, which also played in this season’s Champions League, spent just £12m on fresh signings with no income received for departing players — around 13 times less than the north England club.

But pricey signings are not the only reason for the on-field performances. Investment in training academies has helped to ensure that Chelsea and City have younger players on average relative to squad value than many rivals. City’s Phil Foden, 20, an academy graduate, has featured in all 12 matches so far, scoring three goals, and is already worth £72m, according to Transfermarkt. While Chelsea’s Mason Mount, just two years older, has scored twice in 10 games and is worth £67.5m.

Collectively, these high-valued young players have influenced club performance and kept the squads youthful. With a median age of 27, City and Chelsea are notably younger than Real Madrid, PSG and Italy’s Juventus. Although, out of the top 10 European clubs by revenues, Barcelona had the lowest median age — at 24 year for its first team.

The Champions League finalists also top squad value with a median market value of roughly £30m a player. By contrast, PSG, where the highly rated £144m Kylian Mbappé plays, has an average player value of half that — less than any English club that played in this year’s competition.

On paper, City is the stronger team. Uefa ranks the Manchester club third and Chelsea in 12th across Europe. Domestically, City reclaimed the Premier League title from Liverpool and retained the League Cup trophy. Chelsea lost in the final of the FA Cup, another domestic trophy, and finished fourth in the league.

But Chelsea’s results have picked up since the London club hired Thomas Tuchel, the former PSG manager who lost the 2020 final against Germany’s Bayern Munich to replace Frank Lampard in January, when the club was languishing in ninth position. Tuchel’s task is to stop City’s supercoach Pep Guardiola from becoming only the fourth manager to win the Champions League three times.

Recent evidence suggests that Chelsea is capable of an upset, having twice defeated City in domestic competitions in the last two months.

“We know that in a final anything can happen. Luck is a huge part and the mental approach to it — who can handle the pressure and the little details,” Tuchel said this week. “Man City is the benchmark, again they are the champions and we are the guys who want to hunt them and want to close the gap.”

Loading...
Denial of responsibility! TechiLive.in is an automatic aggregator around the global media. All the content are available free on Internet. We have just arranged it in one platform for educational purpose only. In each content, the hyperlink to the primary source is specified. All trademarks belong to their rightful owners, all materials to their authors. If you are the owner of the content and do not want us to publish your materials on our website, please contact us by email – admin@techilive.in. The content will be deleted within 24 hours.
ChampionsclubsDeepEducation newsEducation updateEnglishLeaguenews update
0
Share