Notice: amp_is_available was called incorrectly. `amp_is_available()` (or `amp_is_request()`, formerly `is_amp_endpoint()`) was called too early and so it will not work properly. WordPress is currently doing the `pre_get_posts` hook. Calling this function before the `wp` action means it will not have access to `WP_Query` and the queried object to determine if it is an AMP response, thus neither the `amp_skip_post()` filter nor the AMP enabled toggle will be considered. It appears the theme with slug `publisher` is responsible; please contact the author. Please see Debugging in WordPress for more information. (This message was added in version 2.0.0.) in /home/runcloud/webapps/techilive/wp-includes/functions.php on line 5313
 Detective story - TechiLive.in 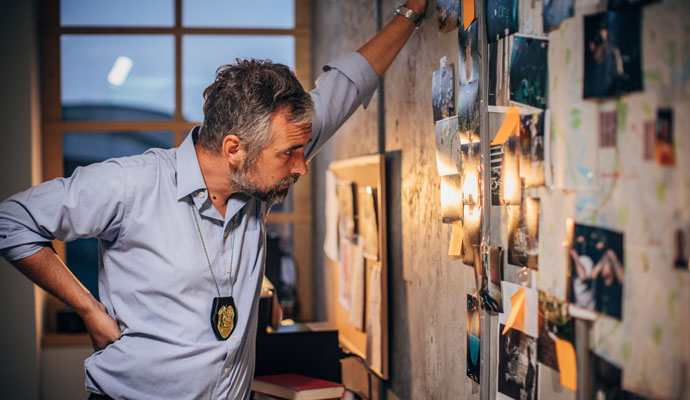 Every workplace has its strains. But managing in a truly high-stress environment presents unique challenges. If you’re looking for guidance from beyond the world of business, look no further than David Simon’s remarkable book, Homicide: A Year on the Killing Streets.

Before he became famous for his work in television, Simon was a reporter at the Baltimore Sun who spent 1988 embedded with a group of police detectives battling an epidemic of murder. Homicide is Simon’s account of those 12 eventful months. The book led to a much-admired TV series, also called Homicide, which in turn led to The Wire, a program considered by some to be among the best ever made. Barack Obama, while president, rated The Wire “one of the greatest — not just television shows, but — pieces of art in the last couple of decades.”

You may be similarly impressed as you make your way through Simon’s unsparing chronicle of Baltimore’s detectives, murderers, and survivors. Homicide is nonfiction. But Simon uses his powers of observation and keen dramatic skills to capture the rich moral and psychological complexity of his protagonists’ struggles. Homicide, though written decades ago, deals with many issues that remain central to the U.S. today, including poverty, race, guns, family decay, drugs, and policing. It also deals with transcendent issues. What is justice? What is loyalty? To whom is it owed? How will we handle ourselves when life itself is on the line?

Homicide is also unmistakably about management. At the core of this book lies a very difficult and dangerous job, one that can’t be done by robots or outsourced overseas. The psychologist William James argued that, in order to understand a phenomenon, we ought to look not at the chronic case but rather the acute version — the most intense and concentrated form, the better for its essence to leap out at us. By this logic, modern managers can do no better than to spend some time with Simon and his detectives.

What can we learn from this acute environment? For one, culture matters. The foundation of the work that gets done in the book is a powerful culture built on tradition and values, which the detectives transmit and reinforce in one another. It is a ferociously masculine culture, insular and to a great extent Catholic, expressed in gallows humor, and exalting duty and strength. Being a cop in Baltimore is so dangerous that a tradition has evolved for when someone returns to work after being shot in the line of duty: The officer gets to pick any assignment he’s qualified for.

What can we learn from this acute environment? For one, culture matters. The foundation of the work that gets done in the book is a powerful culture built on tradition and values.

As Simon demonstrates, this culture sustains the detectives in the face of nearly overwhelming challenges. But it can also be a problem. “Police-involved shootings” are investigated with an eye toward making potential problems go away. The culture also means that the advent of women as detectives is unwelcome to the men, even as they occasionally accept one.

Race is never far from the surface. Blacks are knit into the detectives’ elaborate professional fabric, including in supervisory roles — yet are well aware of racial and socioeconomic condescension from the white detectives, who deal with homicides whose victims are almost exclusively black. (The detectives also condescend to white Baltimoreans with roots in Appalachia.) Because Baltimore is mostly black, moreover, the white cops understand that the police commissioner must be black, that more blacks must be hired and promoted, and that in many situations a black detective is indispensable. The challenge is preserving the powerful glue of tradition while accommodating change.

Business executives coping with the modern legal environment will also find food for thought. Endowed with the power to constrain or kill, Baltimore’s detectives must function in a highly legalistic environment, despite the lawlessness they encounter on the streets. Officers know it’s important to control the narrative by documenting everything they do — except what they’d never put into writing. Police department managers, meanwhile, are constrained not just by tradition, culture, and law, but also by unions.

Like all managers, they need to show results. Thus supervisors are in no position to antagonize or demotivate talented detectives who can get the job done. And don’t overlook the power of a good old-fashioned pension plan as a retention tool, especially as a detective approaches the 25-year threshold for retirement. That pension makes everyone careful to avoid doing anything stupid — on the streets or in the office — that could cost them this hard-earned deferred compensation. In this connection, everyone knows that appearances matter.

Politics are pervasive in the police department, as they are in every human enterprise, including your company. Here, an elected mayor is ultimately in charge, and the media are watching. Sensitive cases — a shooting by or of a cop, or the brutal slaying of a child — are known as “red balls,” and get everybody’s attention. Solving these cases is essential. Everyone needs to cultivate allies, and it never hurts to have an influential friend.

Good managers are respected because they know how to get the best out of everybody — and how to insulate their people from the brass. A great example in the book is the case of Lt. Gary D’Addario, who commands the detectives Simon is permitted to follow around. Beloved by his detectives, “His Eminence,” or just LTD, is under the gun because of friction with his superior over his relaxed management style and, despite his excellent track record, a poor clearance rate for murders in the first weeks of the year. D’Addario, his men understand, will remain under the microscope until they can turn things around. So they suppress their natural orneriness while complying punctiliously with by-the-book nonsense they are normally free to ignore. Meanwhile, they move heaven and earth to solve murders to retain the commander they esteem.

Homicide, among many other things, is a case study in the misuse of metrics. D’Addario’s predicament, and that of his unit, arises from the department’s obsession with its homicide clearance rate. “In homicide,” Simon writes, “the clearance rate is the litmus test, the beginning and end of all debate.”

But not all murders are created equal. Some are easy to solve, replete with witnesses, incriminating evidence, and so forth. Others are stone-cold whodunits: a dead body with no weapon, no witnesses and few useful clues. Detectives get cases by luck, mostly, because they happened to answer the phone. In the long run, things even out, but in the short run, a detective’s clearance rate — and his squad’s — can look terrible. In truth, this signifies nothing, but sound and fury can result nonetheless.

Business-oriented readers will also recognize the practice of occasionally creative accounting. The department manipulates the data by playing with the dates of year-end cases, carrying some forward as needed from the previous year. Furthermore, if a suspect is identified, the case is marked as cleared, even if that suspect is later acquitted or the charges are dropped.

Simon’s complicated sleuths depend on one another, working in pairs but also in larger configurations to cover a shift, juggle crimes, or swarm a red ball. Managing these disparate personalities and their egos is a delicate business. Yet despite serious conflicts, poor pay, and the high frequency of burnout and divorce, nearly all the detectives are profoundly attached to their jobs. The work is exciting, and these prideful individuals maintain a powerful if perverse camaraderie built on mutual trust and vicious needling. They share not just an employer but a way of life.

There is one other thing that keeps them going: their sense of mission, a huge advantage to managers in any high-stress setting that might call forth extreme dedication. It’s easy to fill a job, much harder to instill a vocation.

Denial of responsibility! TechiLive.in is an automatic aggregator around the global media. All the content are available free on Internet. We have just arranged it in one platform for educational purpose only. In each content, the hyperlink to the primary source is specified. All trademarks belong to their rightful owners, all materials to their authors. If you are the owner of the content and do not want us to publish your materials on our website, please contact us by email – admin@techilive.in. The content will be deleted within 24 hours.
Loading...
best business booksbusiness booksDetectiveEducation newsEducation updateEthicsLeadershipmanagement
0
Share

If you use this popular shopping app, your personal data might’ve been exposed

Course on Race ‘Paused’ at Community College | Inside Higher Ed