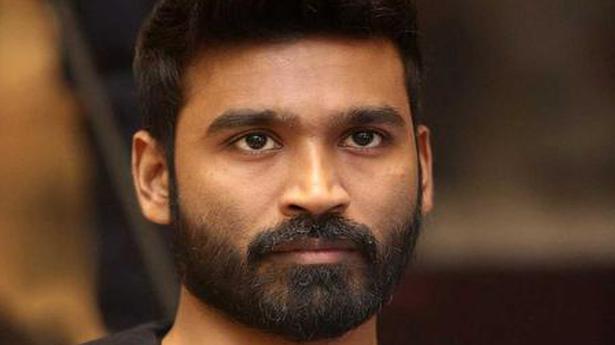 National Award winner Dhanush on Friday announced he is teaming up with “Rocky” helmer Arun Matheswaran for a film.

Speculation was rife in the media over the actor’s collaboration with the director, which he put to rest via a post on Twitter.

“Yes. The speculations are true. I am that fortunate actor who bagged @ArunMatheswaran’s next directorial. More details soon. Om Namashivaaya,” Dhanush wrote on the microblogging site.

Replying to his tweet, the filmmaker said he is honoured to direct Dhanush, in what will be his third film.

“Thank you so much for the trust @dhanushkraja I am humbled and truly honoured for your kind words.. I am the fortunate one here. Looking forward to this big journey,” he said. Matheswaran’s first Tamil-language movie “Rocky”, which released in theatres on Thursday opened to a positive response.

As per media reports, the film will be a period gangster drama set in the 1950s.

He announced his Telugu-Tamil bilingual film “Sir”, to be directed by Venky Atluri, on Thursday.

The actor has also finished work on his Hollywood project with filmmaker duo Anthony and Joe Russo, titled “The Gray Man”. Ryan Gosling and Chris Evans are also part of the film.

Dhanush also has the film “Naane Varuven” with his director-brother Selvaraghavan in the pipeline.

Denial of responsibility! TechiLive.in is an automatic aggregator around the global media. All the content are available free on Internet. We have just arranged it in one platform for educational purpose only. In each content, the hyperlink to the primary source is specified. All trademarks belong to their rightful owners, all materials to their authors. If you are the owner of the content and do not want us to publish your materials on our website, please contact us by email – [email protected]. The content will be deleted within 24 hours.
Arunarun matheswaranatrangi reconfirmsdhanushDirectorentertainment newsEntertainment update
Share