Notice: amp_is_available was called incorrectly. `amp_is_available()` (or `amp_is_request()`, formerly `is_amp_endpoint()`) was called too early and so it will not work properly. WordPress is currently doing the `pre_get_posts` hook. Calling this function before the `wp` action means it will not have access to `WP_Query` and the queried object to determine if it is an AMP response, thus neither the `amp_skip_post()` filter nor the AMP enabled toggle will be considered. It appears the theme with slug `publisher` is responsible; please contact the author. Please see Debugging in WordPress for more information. (This message was added in version 2.0.0.) in /home/runcloud/webapps/techilive/wp-includes/functions.php on line 5313
 'Dirty joke' against Mayawati: Actor Randeep Hooda removed as ambassador of UN's environmental treaty - TechiLive.in 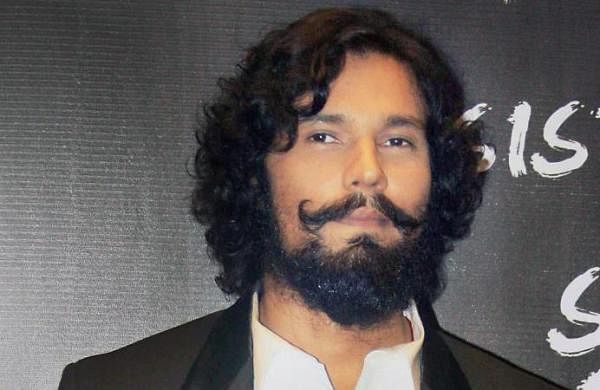 MUMBAI: Actor Randeep Hooda has been removed as the ambassador of Convention for the Conservation of Migratory Species of Wild Animals (CMS), United Nation’s environmental treaty, following the controversy over his derogatory comments against Bahujan Samaj Party chief Mayawati.

Hooda has been under fire since Wednesday when a nine-year-old video of him making a “joke”, which social media users termed casteist and sexist, went viral online.

The 43-second-clip from an event organised by a media house in 2012 resurfaced when a Twitter user shared it.

The video has Hooda cracking a joke and then laughing along with the audience.

In a statement posted on its website, CMS said the organisation finds the comments in the video to be “offensive” and Hooda will no longer serve as the ambassador for them.

“Mr.Hooda no longer serves as a CMS ambassador,” it added.

The actor was appointed as the CMS Ambassador for Migratory Species in February 2020 for three years.

While CMS is a treaty of the United Nations, the statement clarified that it is separate from both the UN Secretariat and the UN Environment Programme and the only entity for which Hooda served as a brand ambassador was CMS.

The 44-year-old actor is facing a lot of criticism, both on and off internet, with many asking him to apologies for his remarks against the former chief minister of Uttar Pradesh.

On Friday, #ArrestRandeepHooda was trending as Twitter users demanded for legal action against the “Radhe” actor.

if this does not explain how casteist and sexist this society is, especially towards dalit women, i don’t know what will. the “joke”, the audacity, the crowd. randeep hooda, top bollywood actor talking about a dalit woman, who has been the voice of the oppressed. pic.twitter.com/lVxTJKnj53

Loading...
Denial of responsibility! TechiLive.in is an automatic aggregator around the global media. All the content are available free on Internet. We have just arranged it in one platform for educational purpose only. In each content, the hyperlink to the primary source is specified. All trademarks belong to their rightful owners, all materials to their authors. If you are the owner of the content and do not want us to publish your materials on our website, please contact us by email – admin@techilive.in. The content will be deleted within 24 hours.
ActorambassadorDirtyentertainment newsEntertainment updateEnvironmentalHoodajoke
0
Share

Galaxy claim another home win with 1-0 defeat of Earthquakes