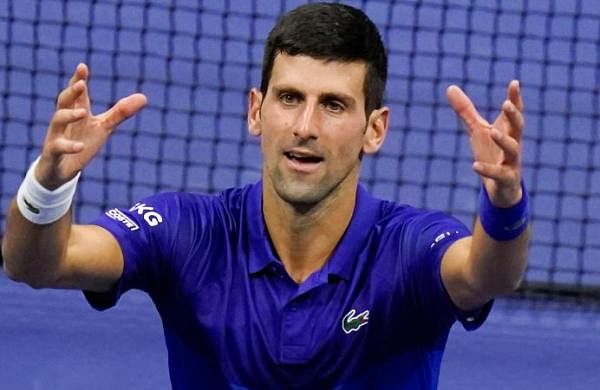 Djokovic playing by his own rules, making majority look like fools: Tsitsipas

Stefanos Tsitsipas has waded into the ongoing visa row between Novak Djokovic and the Australian government. Djokovic, who still faces the threat of being deported, ‘plays by his own rules’, said the World No 4.

“For sure, he’s been playing by his own rules,” he told WION, an Indian news channel, on Thursday. “It takes a lot of daring to it and putting a Grand Slam at risk. I chose to go and be 100 per cent ready for whatever was to come. That doesn’t mean my way is the right one and his way is the wrong one. Each one has a different perception.”

He said a few of the players (according to the ATP, 97% of the men’s top 100 are double vaccinated) make the majority look like fools. “Two ways to look about it. Every single player, almost, the stats say that 98% (97 per cent) of the players are fully vaccinated and have followed the rules. One side of it is that we have been very disciplined. On the other hand, a very small majority have followed a different path and aren’t playing by the rules; making the majority look like fools (chuckles).”

However, the Greek, chasing a first major, did say that Djokovic, like everybody else, had the freedom to choose. “People are constantly talking about it and it is the No. 1 topic these days, with no talk about tennis (smiles). When you are one of the best tennis players in the world, there’s going to be a lot of interest and demand around you. How I see it is that everyone has the freedom to choose and decide for themselves. If one sees it as not respecting the human race, it is up to anyone really. End of the day, your body is a very important machine. You have to protect it…”

Djokovic, who remains unvaccinated, came to Australia on a medical exemption on the basis of contracting Covid-19 in December. However, several discrepancies have since emerged. It’s also known that he openly flouted isolation protocols, something for which he apologised on Wednesday.

Denial of responsibility! TechiLive.in is an automatic aggregator around the global media. All the content are available free on Internet. We have just arranged it in one platform for educational purpose only. In each content, the hyperlink to the primary source is specified. All trademarks belong to their rightful owners, all materials to their authors. If you are the owner of the content and do not want us to publish your materials on our website, please contact us by email – [email protected]. The content will be deleted within 24 hours.
Australian OpendjokovicFoolsMajoritymakingnews updateNovak Djokovicplaying
Share

2022 edition of Indian Premier League could be held in South Africa, says report

Crypto-Savings Lawsuit Puts Principles of DeFi to the Test