Notice: amp_is_available was called incorrectly. `amp_is_available()` (or `amp_is_request()`, formerly `is_amp_endpoint()`) was called too early and so it will not work properly. WordPress is currently doing the `pre_get_posts` hook. Calling this function before the `wp` action means it will not have access to `WP_Query` and the queried object to determine if it is an AMP response, thus neither the `amp_skip_post()` filter nor the AMP enabled toggle will be considered. It appears the theme with slug `publisher` is responsible; please contact the author. Please see Debugging in WordPress for more information. (This message was added in version 2.0.0.) in /home/runcloud/webapps/techilive/wp-includes/functions.php on line 5313
 Documentary on hockey legend Major Dhyan Chand in the works - TechiLive.in 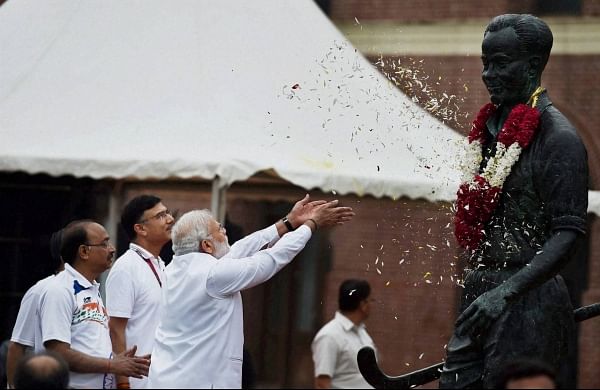 Documentary on hockey legend Major Dhyan Chand in the works

NEW DELHI: A docudrama on the early years of legendary hockey player Major Dhyan Chand is in the making.

Producer and enterpreneur Joyeeta Roy and Prateek Kumar Mishra, who have been working on a digital campaign to demand Bharat Ratna award for Dhyan Chand, will work on the documentary, which focuses on the early life and struggles of the hockey wizard.

The producers said they had discussed about the project with Dhyan Chand’s son, hockey player Ashok Dhyanchand and had planned to begin shooting in Jhansi and Allahabad in 2020 but the shoot was delayed due to COVID-19.

The pre-production for the documentary is now set to begins in June with the producers planning to release it on December 3, on the 42nd death anniversary of the legend.

Dhyan Chand was honoured with the Padma Bhushan in 1956.

His birthday on 29 August is celebrated as National Sports Day in India every year.

Denial of responsibility! TechiLive.in is an automatic aggregator around the global media. All the content are available free on Internet. We have just arranged it in one platform for educational purpose only. In each content, the hyperlink to the primary source is specified. All trademarks belong to their rightful owners, all materials to their authors. If you are the owner of the content and do not want us to publish your materials on our website, please contact us by email – admin@techilive.in. The content will be deleted within 24 hours.
ChandDhyanDhyan Chand documentaryDocumentaryentertainment newsEntertainment updatehockeyLegend
0
Share