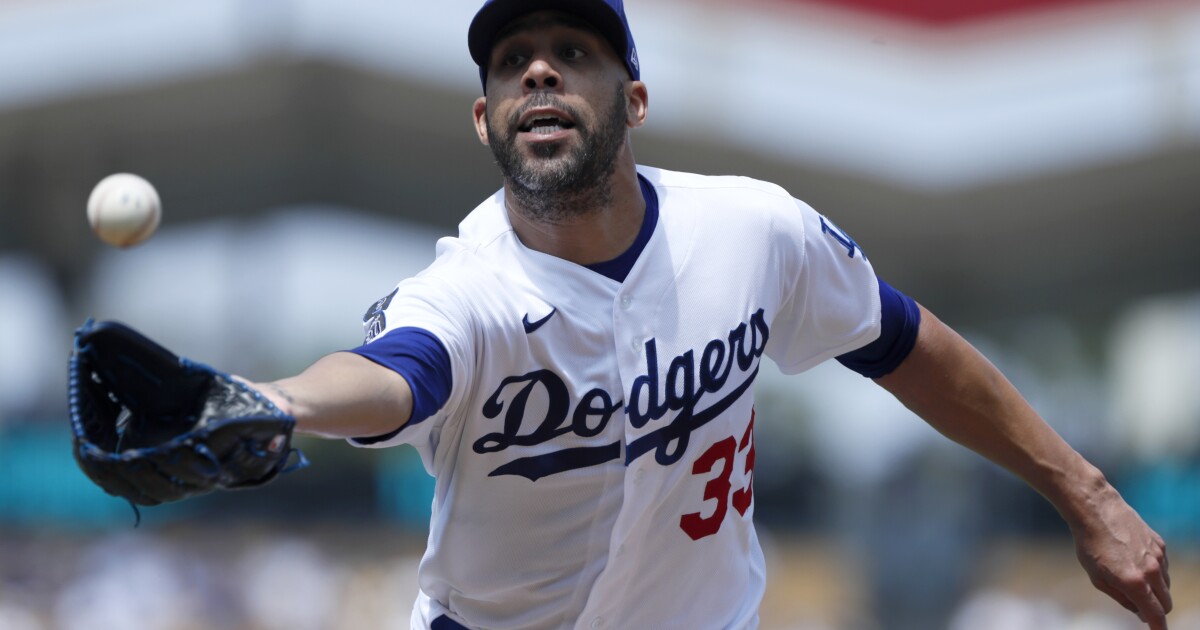 The two home runs landed within seconds Sunday afternoon. They were separated by hundreds of miles, one at Dodger Stadium, the other, at RingCentral Coliseum in Oakland, but connected as everything the Dodgers and San Francisco Giants do for the remainder of the regular season will be. Wherever they happen, against whichever teams they face.

At Dodger Stadium, New York Mets third baseman J.D. Davis clobbered a two-run home run off Dodgers right-hander Phil Bickford with two outs in the seventh inning to give the Mets a three-run lead. In Oakland, Donovan Solano clubbed a pinch-hit two-run homer in the eighth inning to put the Giants ahead 2-1 against the Athletics, their adversaries from across the bay.

The two swings produced another one in the standings once the scores held up for the rival clubs with the two best records in the major leagues. The Dodgers’ 7-2 loss snapped their nine-game winning streak and dropped them 2 ½ games behind the Giants in the National League West with 37 games remaining.

“We still have to take care of business and win ballgames,” Dodgers manager Dave Roberts said. “Our fate is still in our own hands.”

The Dodgers (78-47) found themselves in a recently unfamiliar situation from the jump Sunday: trailing. The Mets (61-63) scored three runs in the first inning against David Price to take their first lead of the four-game series. It was the first deficit the Dodgers faced since rallying to beat the Pittsburgh Pirates on Monday.

“Leading off the game with a walk is never good,” said Price, who rebounded to toss three scoreless innings to finish his outing. “Starting the game in that fashion, that’s how runs get scored.”

Cody Bellinger pulled the Dodgers within a run with a two-out, two-run single in the fourth inning. The Dodgers were in position to add more with runners on the corners, but Bellinger got caught in a rundown on a botched double-steal attempt to terminate the threat. The Dodgers had one baserunner for the remaining five innings.

After the game, Roberts took responsibility for the blunder, saying he gave Bellinger the green light for a straight steal, but Bellinger interpreted the signal as stopping before reaching second base to draw a throw and give AJ Pollock a chance to score from third.

Three innings later, after the Mets fumbled a chance to score with the bases loaded in the sixth, Davis supplied a cushion for the reeling Mets, who had lost eight of their previous nine games. The Dodgers finished the season series 6-1 and are 22-5 against the Mets since 2017.

The Dodgers next head to San Diego to begin a three-game series against the third-place Padres on Tuesday. They expect a significant reinforcement for the series finale.

Mookie Betts took another step toward returning to the Dodgers’ lineup Sunday morning, completing a wide-ranging workout at Dodger Stadium.

The outfielder took batting practice, did agility drills, took groundballs at third base, tracked down flyballs in right field, executed baserunning drills and finished with long toss. Most important, he emerged without pain in his right hip. Roberts said Betts is scheduled to come off the injured list Thursday.

“Really encouraged,” Roberts said. “I think with a player who’s going through some things, you can tell from their disposition, their demeanor, and he’s in such a good place emotionally right now, which speaks to how his body feels.”

Before he returns, Betts will play in a simulated game at Dodger Stadium on Monday and Tuesday and take Wednesday off. Right-hander Evan Phillips, who was placed on the injured list Saturday, will pitch to Betts in Monday’s simulated game.

Betts on Friday reported right hip pain had hindered him since the first week of the regular season. It forced him to decide not to play in the All-Star Game. A week after the break, he landed on the injured list for the first time. A cortisone shot was administered, and he was back in the lineup after two weeks, but the unbearable pain surfaced again 10 days later.

The Dodgers were in Philadelphia when Betts was sent to Los Angeles for tests. A bone spur in the hip was discovered. He received a second injection.

Betts said the second shot was far more effective than the first. He said he felt normal for the first time since spring training and doesn’t expect to need another injection. He said he’s confident he can finish the season without missing more time because of the hip. Roberts echoed Betts’ optimism Sunday.

“I think the pain has subsided,” Roberts said. “I think I’ll be very mindful of giving him off days at certain points. But he’s in great shape, he feels good, and I see no reason why he’s not going to finish the season. I expect that, and he expects that.”

Barring a setback or another injury to another regular, Thursday would be just the second time that the Dodgers will have their full assortment of position players since acquiring Trea Turner at the trade deadline.

It’s arguably, on paper, the deepest, most explosive lineup in the majors. Without it, they’ve managed to stay on the Giants’ heels. With it, they hope to finally surpass them, win their ninth division title and avoid that precarious win-or-go-home wild-card game. Two game-changing home runs hundreds of miles apart didn’t help the Dodgers’ cause Sunday.

Julio Urías is expected to come off the injured list to start Tuesday against the Padres. The left-hander was placed on the IL with a left calf contusion Aug. 14. … Roberts said Joe Kelly is also expected to be activated his week when the Dodgers are in San Diego. Kelly was placed on the injured list Aug. 10 without an official injury designation from the Dodgers. A person with knowledge of the situation confirmed that the right-hander had tested positive for COVID-19.

Denial of responsibility! TechiLive.in is an automatic aggregator around the global media. All the content are available free on Internet. We have just arranged it in one platform for educational purpose only. In each content, the hyperlink to the primary source is specified. All trademarks belong to their rightful owners, all materials to their authors. If you are the owner of the content and do not want us to publish your materials on our website, please contact us by email – [email protected]. The content will be deleted within 24 hours.
BettsDodgersendsLossMetsMookieNearsnews update
Share