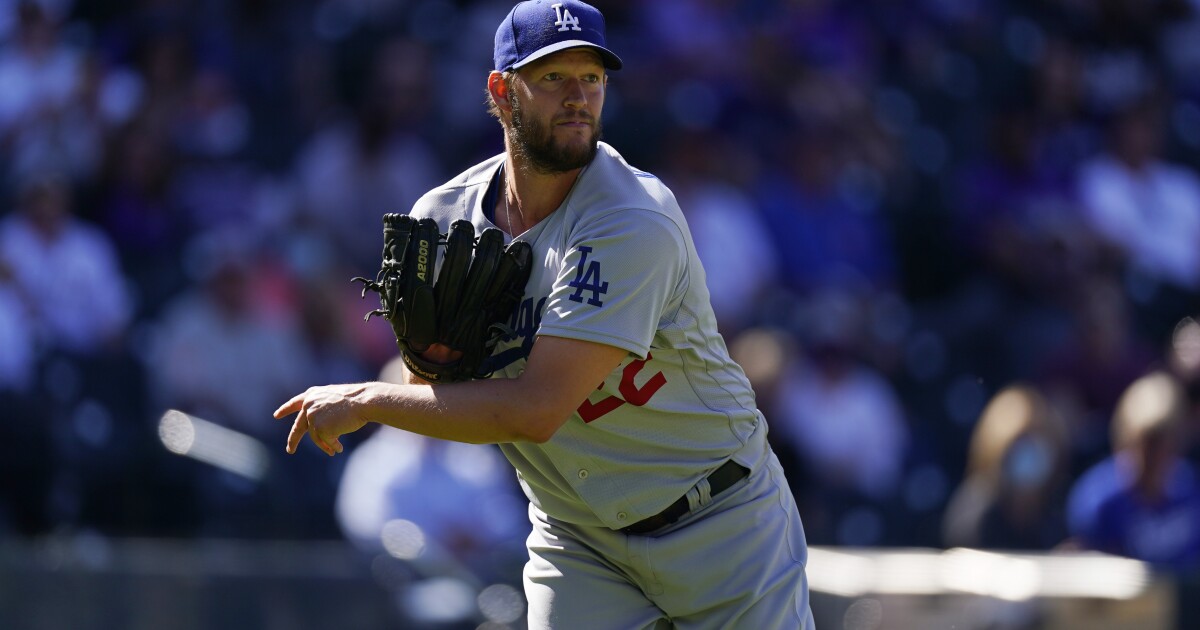 The Dodgers traveled to Houston last July for their first games at Minute Maid Park since the Astros’ sign-stealing scandal rocked Major League Baseball. The clashes were, predictably, charged with emotion.

Joe Kelly, who wasn’t even on the 2017 Dodgers, threw behind Alex Bregman. Carlos Correa got mad. Kelly made a pouty face and became a Los Angeles folk hero. The Dodgers swept a pair and didn’t look back.

But Tuesday‘s and Wednesday’s meetings will mark the first times the Dodgers play in a ballpark filled to capacity since October 2019. That they’re the first games for which Minute Maid Park has been cleared to open the gates to the max will make for a riveting scene.

The games, on top of being matchups between two of the best teams in the major leagues, will generate intensity not often generated in May because of the history, amplified further by 41,000 spectators. Dodgers manager Dave Roberts, however, tried to downplay the expectations heading into the rematch of the 2017 World Series.

“These are two different clubs, two very good ballclubs,” Roberts said after the Dodgers completed a sweep of the San Francisco Giants on Sunday. “We’re almost four years removed. I know we’re very excited to play this club, go back in there and win a couple of ballgames. I expect the crowd to be energized, and that’s what it’s all about.”

The rosters are different, but several holdovers from 2017 remain on both sides. Atop the list is Clayton Kershaw, the Dodgers’ scheduled starter Tuesday night opposite former Dodger Zack Greinke. Kershaw hasn’t faced the Astros since Game 5 of the 2017 World Series, when he gave up six runs, lost two leads and didn’t generate a whiff with any of the 51 breaking balls he threw in 4 2/3 innings at Minute Maid Park.

Trevor Bauer wasn’t on the championship team or the 2017 club, but he will enter his start Wednesday carrying his own extensive history with the Astros. Bauer has been an outspoken critic of the organization. He described the Astros as cheaters and hypocrites when the scandal surfaced in November 2019. He hasn’t faced them since, but he wore cleats with trash cans during a start for the Cincinnati Reds last season. He has also worn a T-shirt with “TrasH-town” on it.

But his criticism predates the sign-stealing scheme’s exposure. In May 2018, he took to Twitter to insinuate that the organization had pitchers doctor baseballs to increase spin rates. Later that year, Bauer tweeted that he knew he could increase the spin rate on his four-seam fastball by 400 rpm if he used pine tar.

His average four-seam fastball spin rate increased again this season to 2,844 rpm, the highest in the majors. Bauer has a 1.98 ERA in 63 2/3 innings across 10 starts. His 88 strikeouts lead the majors. He declined an interview request for this story through a Dodgers spokesman.

Bauer threw a season-high 126 pitches over 6 1/3 innings Friday in San Francisco. He walked off the mound to boos. He cupped his right ear and raised his arms to rankle the crowd. Dodgers pitching coach Mark Prior had the best seat at Oracle Park for Bauer’s latest heel act, standing on the top step of the Dodgers’ dugout.

“It goes back to he embraces it,” Prior said. “You have two ways to go. You either just try to block it out and keep your nose and your head down or you embrace it. He embraces it, but he also understands by embracing it and maybe doing it, he’s got to answer it when it might not go in his direction. And he does. I don’t think he shies away from that.”

Bauer won’t have a choice Wednesday. Minute Maid Park will be packed with fans. Most will focus their ire on him. It will be one of several story lines slammed into the two games. The games will be ripe with emotions and tension. Last season provided a preview. The next two days could reach another level.

Loading...
Denial of responsibility! TechiLive.in is an automatic aggregator around the global media. All the content are available free on Internet. We have just arranged it in one platform for educational purpose only. In each content, the hyperlink to the primary source is specified. All trademarks belong to their rightful owners, all materials to their authors. If you are the owner of the content and do not want us to publish your materials on our website, please contact us by email – [email protected]. The content will be deleted within 24 hours.
AstrosDodgersfacehistoryHoustonnews updatepackedset
0
Share

Market Movers: Consumer stocks get some attention as hotels rally on hope