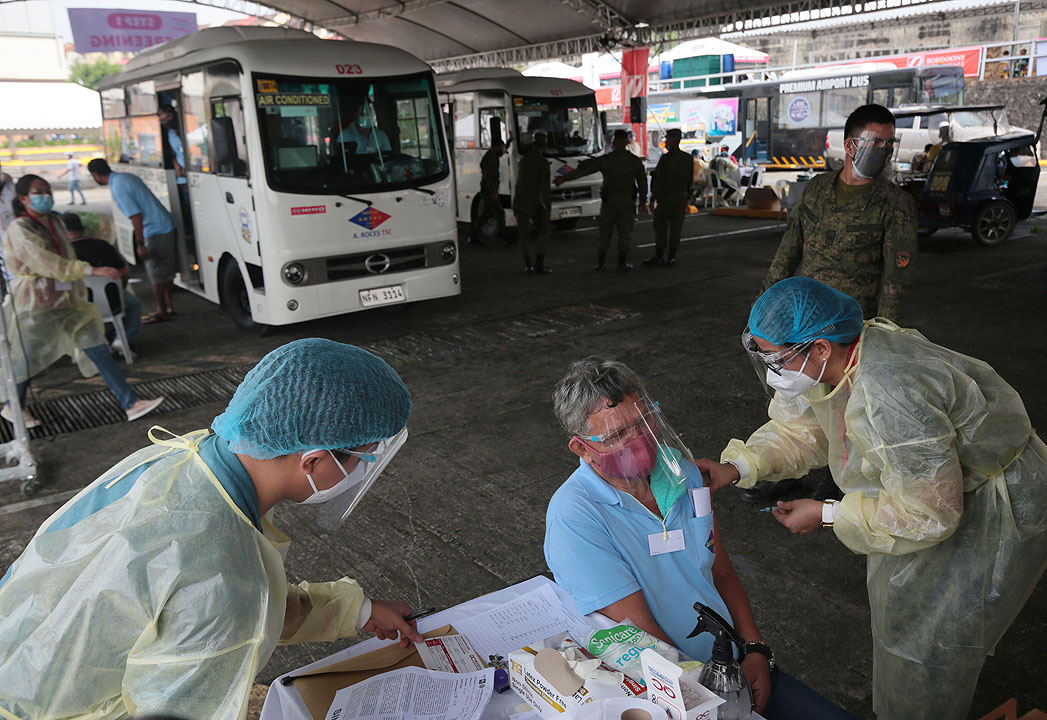 The agency said 92 duplicates had been removed from the tally, 78 of which were tagged recoveries and one as a death, while 66 recoveries were reclassified as deaths. Five laboratories failed to submit data on Aug. 31.

The reproduction number of coronavirus cases in the capital region had fallen to 1.39 from 1.53 a week earlier, the OCTA Research Group from the University of the Philippines said in a report on Thursday.

Metro Manila’s latest coronavirus reproduction number is below the critical cut-off of 1.4, it added.

“Based on current trends, it is possible that the reproduction number in the National Capital Region may decrease to below 1 by the third week of September,” OCTA said. “Until then, we should expect new cases to continue to increase, albeit at a slower growth rate.”

OCTA said the reproduction number in 11 of 17 areas in the capital region were at critical levels.

The group said Metro Manila’s average daily attack rate was within the critical range at 33.2 for 100,000 people a day.

The attack rate in 14 out of 17 local government units in the region were also at critical levels.

Metro Manila’s positivity rate from Aug. 25 to 31 was 24%, OCTA said. It added that 69% of the region’s hospital beds had been occupied, while 71% of its intensive care units (ICU) were used.

“We are aiming for total health,” Mr. Roque said, noting that the government was trying to minimize critical cases and deaths.

Some health experts earlier urged the government to enforce a three-week enhanced community quarantine in areas with high coronavirus infections, saying the spike had yet to peak.

BOOSTERS
The country is struggling to vaccinate its entire adult population amid the threats of emerging coronavirus variants.

As of Sept. 1, more than 14 million Filipinos or 18.29% of the Philippine population have been fully vaccinated, Mr. Roque told the same briefing.

Also on Thursday, vaccine czar Carlito G. Galvez, Jr. said the Philippine government is in talks with four vaccine makers for booster shots that could arrive by the last quarter.

“We are now negotiating with four manufacturers that can possibly supply boosters either by the end of the fourth quarter or early first quarter,” he told CNN Philippines.

The budget for the top-up shots would only be funded if the government can raise enough money for it, he added.

Denial of responsibility! TechiLive.in is an automatic aggregator around the global media. All the content are available free on Internet. We have just arranged it in one platform for educational purpose only. In each content, the hyperlink to the primary source is specified. All trademarks belong to their rightful owners, all materials to their authors. If you are the owner of the content and do not want us to publish your materials on our website, please contact us by email – [email protected]. The content will be deleted within 24 hours.
Loading...
Covid19DoHEducation newsEducation updateinfectionsnews updateReportstechi live
Share

Forget the iPhone 13, the iPhone Flip in this YouTube video is stunning