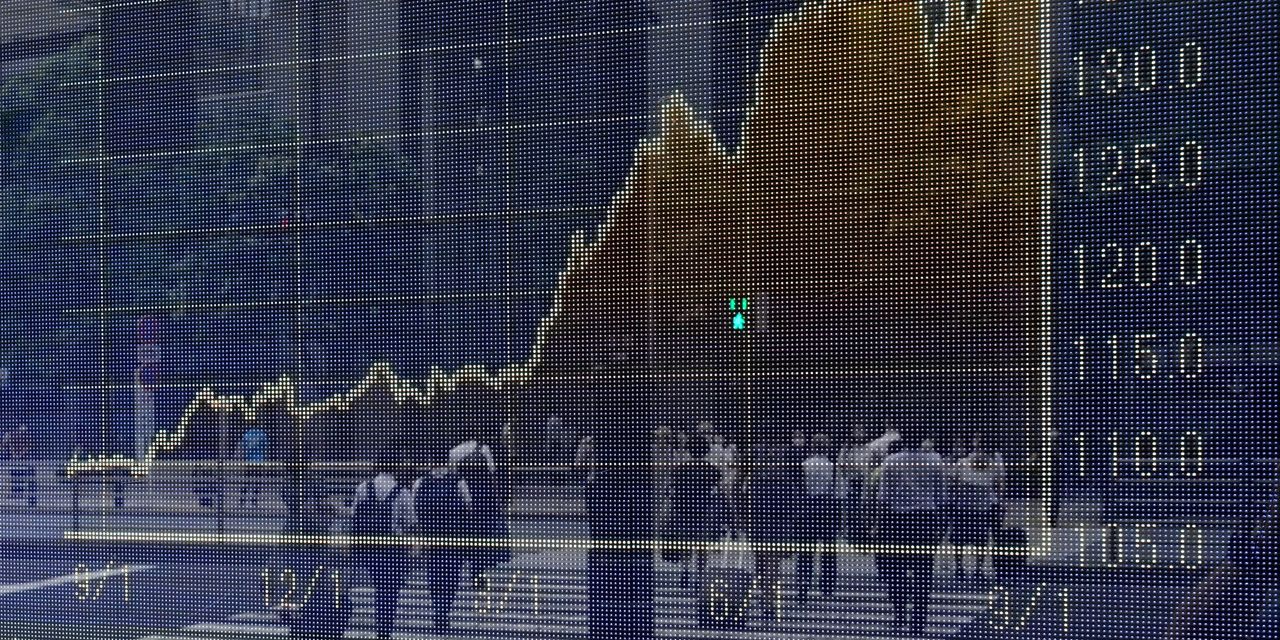 The U.S. dollar is experiencing a once-in-a-generation rally. For the rest of the world, that is a big problem.

The dollar’s role as the primary currency used in global trade and finance means its fluctuations have widespread impacts. The currency’s strength is being felt in the fuel and food shortages in Sri Lanka, in Europe’s record inflation and in Japan’s exploding trade deficit.

The surge threatens to exacerbate a slowdown in global growth and amplify inflation headaches for global central banks. In a worrying sign, attempts from policy makers in China, Japan and Europe to defend their currencies are largely failing in the face of the dollar’s unrelenting rise.

Last week, the dollar steamrolled through a key level against the Chinese yuan, with one dollar buying more than 7 yuan for the first time since 2020. Japanese officials, who had previously stood aside as the yen lost a fifth of its value this year, began to fret publicly that markets were going too far.

The ICE U.S. Dollar Index, which measures the currency against a basket of its biggest trading partners, has risen more than 14% in 2022, on track for its best year since the index’s launch in 1985. The euro, Japanese yen and British pound have fallen to multidecade lows against the greenback. Emerging-market currencies have been battered: The Egyptian pound has fallen 18%, the Hungarian forint is down 20% and the South African rand has lost 9.4%.

The dollar’s rise this year is being fueled by the Federal Reserve’s aggressive interest-rate increases, which have encouraged global investors to pull money out of other markets to invest in higher-yielding U.S. assets. Recent economic data suggests that U.S. inflation remains stubbornly high, strengthening the case for more Fed rate increases and an even-stronger dollar.

This week, investors are closely watching the outcome of the Fed’s policy meeting for clues about the dollar’s trajectory. The central bank is expected Wednesday to raise interest rates by at least 0.75 percentage point, part of its pledge to bring down inflation, even at the expense of economic growth.

Dismal economic prospects for the rest of the world are also boosting the greenback. Europe is on the front lines of an economic war with Russia. China is facing its biggest slowdown in years as a multidecade property boom unravels.

For the U.S., a stronger dollar means cheaper imports, a tailwind for efforts to contain inflation, and record relative purchasing power for Americans. But the rest of the world is straining under the dollar’s rise.

a finance professor at the University of Chicago’s Booth School of Business. When he served as governor of the Reserve Bank of India last decade, he complained loudly about how Fed policy and a strong dollar hit the rest of the world. “We’re going to be in a high-rates regime for some time. The fragilities will build up.”

On Thursday, the World Bank warned that the global economy was heading toward recession and “a string of financial crises in emerging market and developing economies that would do them lasting harm.”

The stark message adds to concerns that financial pressures are widening for emerging markets outside of well-known weak links such as Sri Lanka and Pakistan that have already sought help from the International Monetary Fund. Serbia became the latest to open talks with the IMF last week.

“Many countries have not been through a cycle of much higher interest rates since the 1990s. There’s a lot of debt out there augmented by the borrowing in the pandemic,” said Mr. Rajan. Stress in emerging markets will widen, he added. “It’s not going to be contained.”

“You have to look at this through a budgetary lens,” said Daniel Munevar, an economist at the United Nations Conference on Trade and Development. “You enter into 2022 and all of a sudden your currency goes down 30%. You’re going to probably be forced to cut back expenditure on healthcare, on education to meet those [debt] payments.” 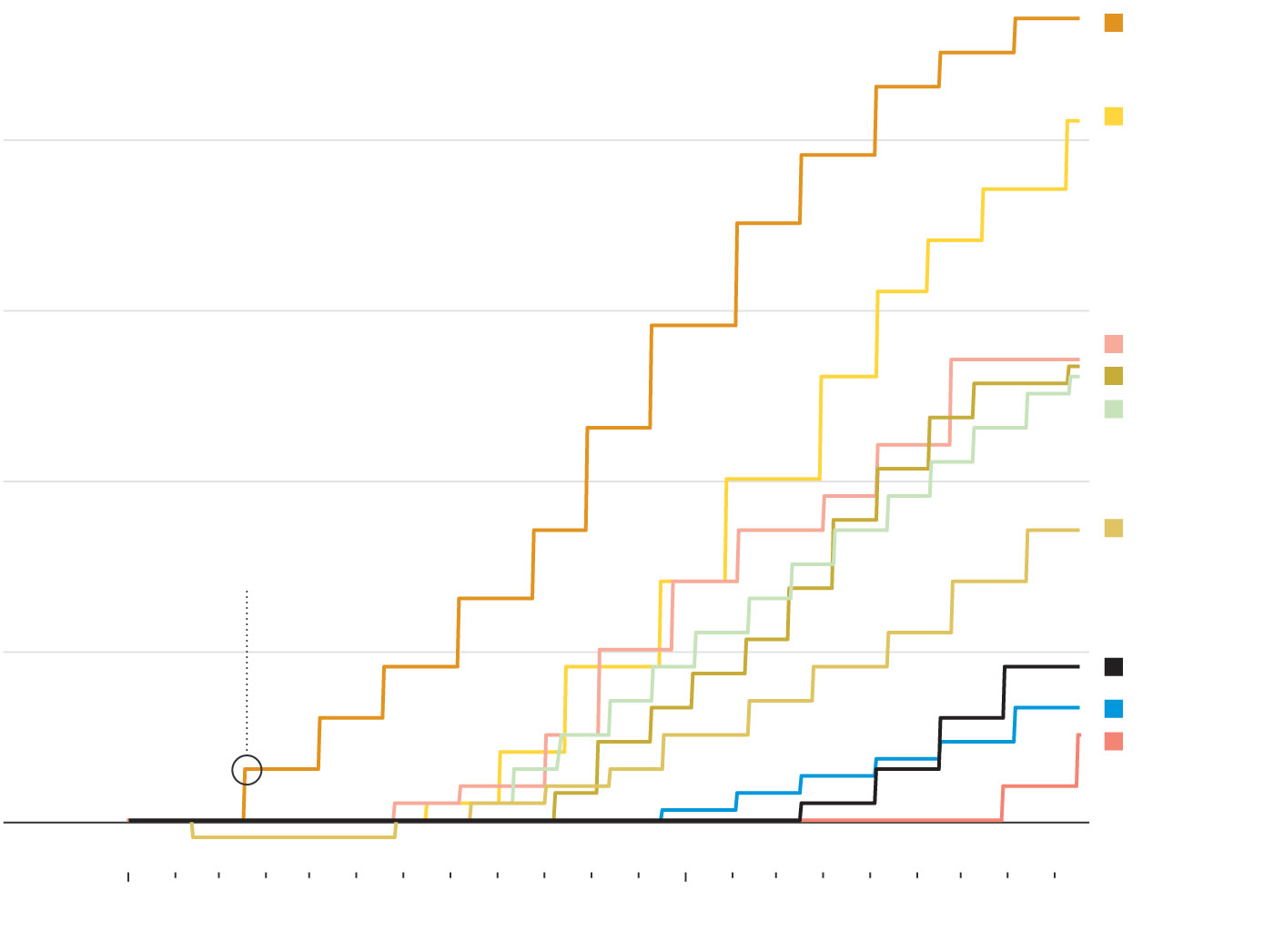 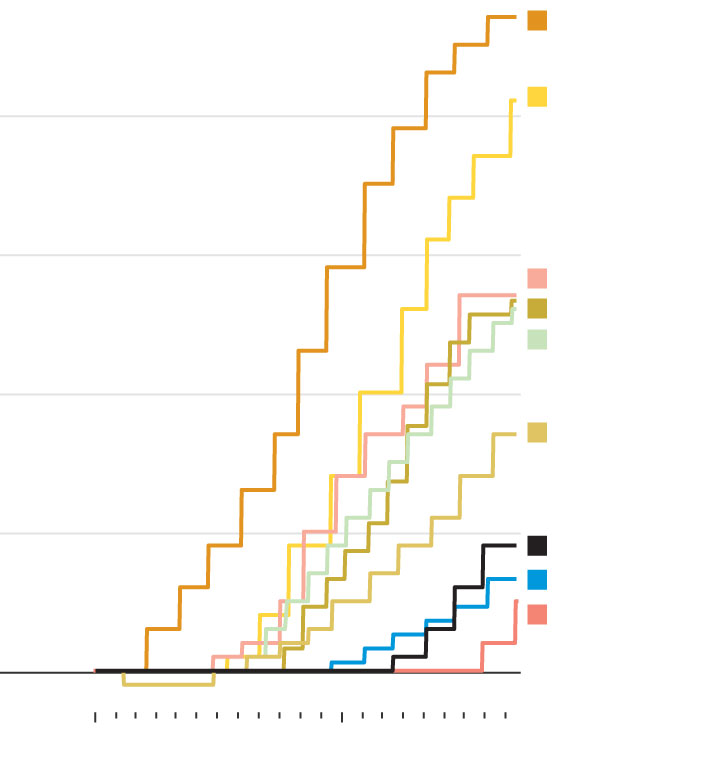 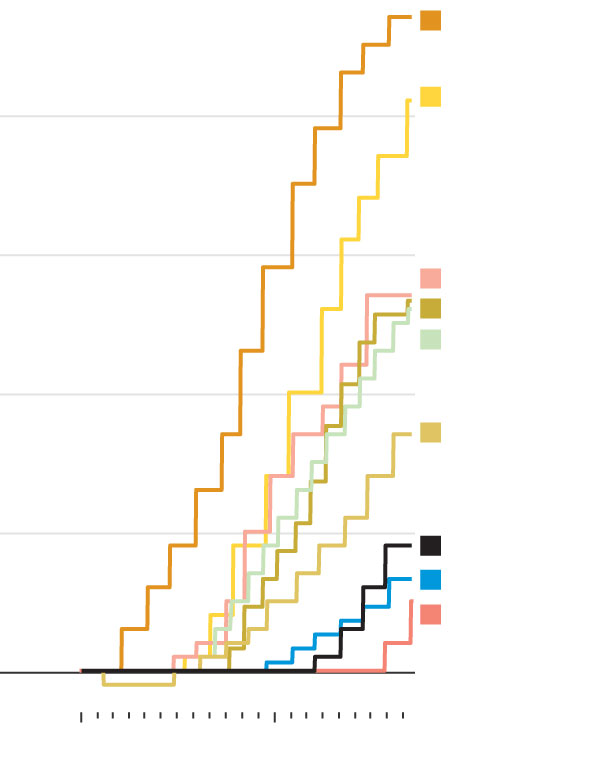 The currency’s rise has compounded pain in smaller nations by making crucial food and fuel imports priced in the U.S. dollar more expensive. Many have tapped into stockpiles of dollars and other foreign currencies to help finance imports and stabilize their currencies. And while commodity prices have retreated from their highs in recent months, that has done little to ease pressure on developing countries.

“If you get more dollar appreciation, it will be the straw that breaks the camel’s back,” said Gabriel Sterne, head of emerging-markets research at Oxford Economics. “You’re already getting frontier markets on the tipping point toward crisis, the last thing they need is a strong dollar.”

Emerging-market central banks have taken drastic steps to rein in depreciation in their currencies and bonds. Argentina raised interest rates Thursday to 75% as it seeks to curb spiraling inflation and defend the peso, which has lost nearly 30% against the dollar this year. Ghana also surprised investors last month by lifting rates to 22%—but its currency continues to decline.

It isn’t just developing economies struggling to cope with weaker currencies. In Europe, the euro’s weakness is amplifying a historic increase in inflation brought on by the war in Ukraine and a resulting surge in gas and electricity prices.

At the European Central Bank’s meeting on Sept. 8, President

expressed concerns about the euro’s 12% slide this year, saying it has “added to the buildup of inflationary pressures.” The ECB is signaling a more aggressive policy stance, with investors now projecting rates to rise to 2.5%. But that has done little to help the currency’s value.

The ECB is powerless against the dollar’s strength, said

head of macroeconomic research at Pictet Wealth Management. “Whether the ECB turns more hawkish, whether there’s some improvement on the economic outlook, whatever happens, it’s generally offset by further dollar strength,” he said.

acknowledged that the appreciation of the dollar could pose challenges for emerging economies, particularly ones with large dollar-denominated debts. But she said in July that she wasn’t worried about a self-reinforcing cycle that could slow economic growth globally.

What does a strong dollar mean for your portfolio? Join the conversation below.

The dollar’s strength has rippled across Wall Street, weighing on the profits U.S. companies make abroad and keeping a lid on investments tied to commodities such as gold and oil.

“The strong dollar has created a headwind for about every major asset class,” said Russ Koesterich, co-head of Global Asset Allocation at

“It’s another aspect of tighter financial conditions and that affects everything.”

Investors and economists are raising the prospect of global action to help weaken the dollar—though they caution the chance of such a step remains small. In 1985, the U.S., France, West Germany, the U.K. and Japan launched a joint effort, known as the Plaza Accord, to drive down the dollar’s value amid concerns it was weighing on the global economy.

“There could be some justification for a coordinated intervention to weaken the dollar,” said Paresh Upadhyaya, director of currency strategy at asset-management firm Amundi US. “Outside the U.S., a strong dollar is now becoming a massive negative headwind for central banks.”

China’s central bank has attempted to shore up the yuan by releasing more dollar liquidity into the market. It has cut the amount of reserves banks need to hold against their foreign-exchange deposits and has consistently set the daily fixing—a benchmark point for the currency—stronger than market expectations.

Chinese regulators’ heightened sensitivity to the yuan’s decline may stem from their worries that a weak yuan has the power to further dampen consumer confidence, said

head of Greater China research and strategy at OCBC Bank.

In Japan, policy makers fear the yen’s fall to a 24-year low against the dollar is hurting businesses.

The yen’s weakness helped drive Japan to its biggest single-month trade deficit on record for August—¥2.82 trillion, equivalent to about $20 billion—as the value of imports increased 50% due to higher energy prices and the currency’s decline.

said Wednesday that Japan needed to come up with ways to leverage the positive effects of the yen’s depreciation. One solution: inviting in more tourists.

“It is important to reinforce efforts to boost our nation’s earning power,” he said.

—Julia-Ambra Verlaine contributed to this article.

Denial of responsibility! TechiLive.in is an automatic aggregator around the global media. All the content are available free on Internet. We have just arranged it in one platform for educational purpose only. In each content, the hyperlink to the primary source is specified. All trademarks belong to their rightful owners, all materials to their authors. If you are the owner of the content and do not want us to publish your materials on our website, please contact us by email – [email protected]. The content will be deleted within 24 hours.
business newsBusiness updateC&E Exclusion FilterCentral Bank InterventioncommodityCommodity/Financial Market NewsContent TypesCurrency
Share

Fortnite Chrome Splash Explained And Where To Find It

Radhika Madan: When a film premieres at TIFF, it is also taken seriously back at home in India

Disney, Activist Investor Agree to a Standstill as…