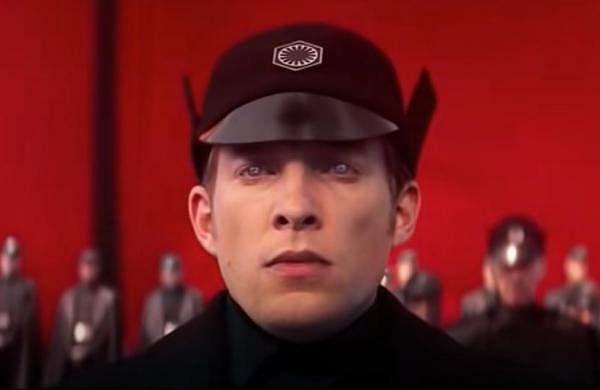 Domhnall Gleeson to star in FX comedy series ‘The Patient’

Gleeson joins the cast along with three other actors — Linda Emond, Laura Niemi and Andrew Leeds, according to Deadline.

The show, which has received a ten-episode order from the Disney-owned cable network, comes from Joel Fields and Joe Weisberg of “The Americans” fame.

It will revolve around a psychotherapist (Carell) who finds himself held prisoner by a serial killer (Gleeson) with an unusual request: curb his homicidal urges.

But unwinding the mind of this man while also dealing with the waves of his own repressed troubles creates a journey perhaps as treacherous as his captivity.

Additionally, Chris Long has come on board as an executive producer and will direct the first two episodes of the series.

Kevin Bray and Gwyneth Horder-Payton will also be directing on the series.

Carell will also executive produce the series alongside Fields and Weisberg as well as Caroline Moore, Victor Hsu and Long.

“The Patient” will be produced by FX Productions.

Gleeson is best known for playing General Armitage Hux in three “Star Wars” films — “The Force Awakens”, “The Last Jedi” and “The Rise of Skywalker”.

He has also featured in movies such as “Ex Machina”, “Never Let Me Go”, “Anna Karenina” and “About Time”.

He will next be seen in David Mandel’s HBO limited series “White House Plumbers”.

Denial of responsibility! TechiLive.in is an automatic aggregator around the global media. All the content are available free on Internet. We have just arranged it in one platform for educational purpose only. In each content, the hyperlink to the primary source is specified. All trademarks belong to their rightful owners, all materials to their authors. If you are the owner of the content and do not want us to publish your materials on our website, please contact us by email – [email protected]. The content will be deleted within 24 hours.
comedyDomhnallDomnhall Gleesonentertainment newsEntertainment updateGleesonnews updatePatient
Share