Notice: amp_is_available was called incorrectly. `amp_is_available()` (or `amp_is_request()`, formerly `is_amp_endpoint()`) was called too early and so it will not work properly. WordPress is currently doing the `pre_get_posts` hook. Calling this function before the `wp` action means it will not have access to `WP_Query` and the queried object to determine if it is an AMP response, thus neither the `amp_skip_post()` filter nor the AMP enabled toggle will be considered. It appears the theme with slug `publisher` is responsible; please contact the author. Please see Debugging in WordPress for more information. (This message was added in version 2.0.0.) in /home/runcloud/webapps/techilive/wp-includes/functions.php on line 5313
 Donaldson Is Credited With Baseball’s Two Millionth Run (for Now) - TechiLive.in 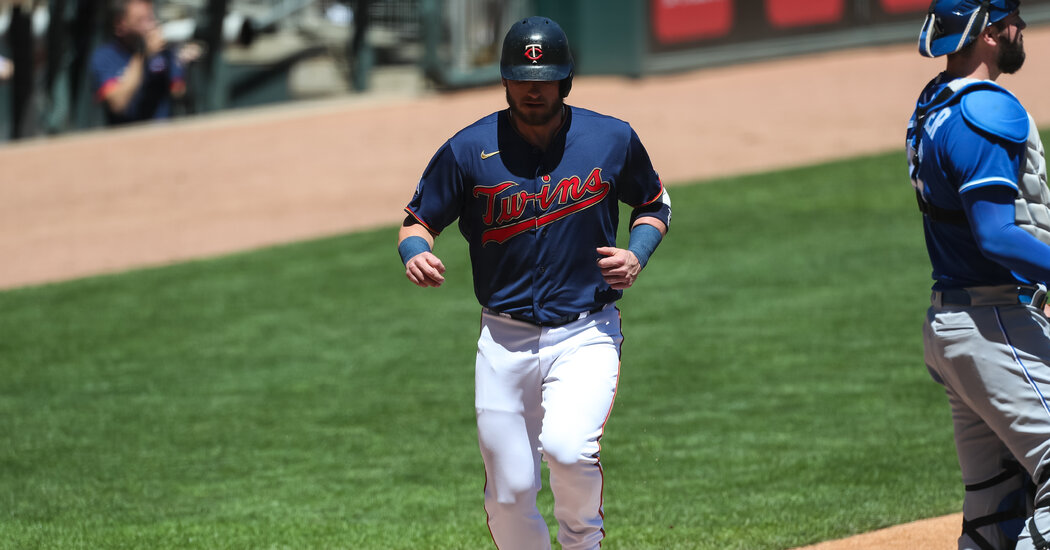 Donaldson Is Credited With Baseball’s Two Millionth Run (for Now)

In its 146th official season, Major League Baseball reached the two million-run plateau on Saturday when Josh Donaldson of the Minnesota Twins trotted home for the milestone.

Going into Saturday’s games, there were just 13 runs left to hit two million, and with several afternoon games, the competition was on for who would get his name added to the record books (at least temporarily).

That honor fell to Donaldson, who scored on a ground-rule double by Nelson Cruz in the first inning of his team’s game against the Kansas City Royals at Target Field. Donaldson touched home plate just moments ahead of players in other cities, including Tim Anderson of the White Sox, who was playing in Chicago, and Odubel Herrera of the Philadelphia Phillies, who was playing in Tampa.

“I don’t know what to think, I’ll be honest with you,” Twins Manager Rocco Baldelli said in a postgame video conference. “But I know J.D. only does big things, so I’m not surprised to hear that he scored the two millionth run of all time.”

The Elias Sports Bureau confirmed that Donaldson was the lucky guy, though his accomplishment received relatively little notice compared with the millionth run, which came amid a national promotional campaign in 1975.

The millionth run was supposedly scored by Bob Watson of the Houston Astros, but it was later concluded that the milestone had been recorded far earlier because records from some major leagues had not been factored into the total. Similarly, Donaldson’s name will not be associated with the two millionth run for long, as baseball will incorporate statistics from select Negro leagues in the near future.

As the milestone approached, there had even been some debate about when it would be reached, as another respected record keeper, Baseball Reference, had a figure slightly higher than Elias’s — by 97 runs — entering the season. The discrepancy resulted from statistical accounting anomalies like forfeits, disputed games and protested games and the sheer volume of over 221,000 games across a century and a half. Elias’s total is considered the official number by M.L.B.

The very first run in M.L.B. history was scored on April 22, 1876, by Tim McGinley, a catcher for the Boston Red Stockings, the antecedents of today’s Atlanta Braves. He scored in the top of the second inning at Philadelphia, as Boston beat the Athletics (no relation to the modern club), 6-5, in the first game of the first season (as recognized by M.L.B.).

Denial of responsibility! TechiLive.in is an automatic aggregator around the global media. All the content are available free on Internet. We have just arranged it in one platform for educational purpose only. In each content, the hyperlink to the primary source is specified. All trademarks belong to their rightful owners, all materials to their authors. If you are the owner of the content and do not want us to publish your materials on our website, please contact us by email – admin@techilive.in. The content will be deleted within 24 hours.
baseballsCreditedDonaldsonMillionthnews updateRunsports newssports update
0
Share