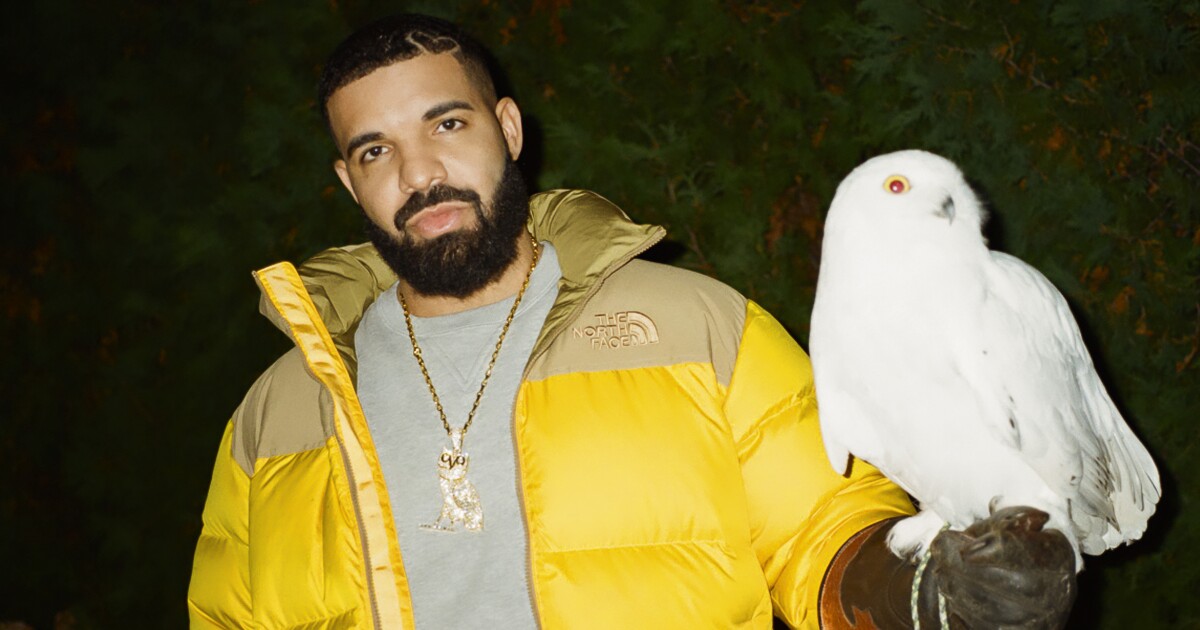 ‘Donda’ was pure psychodrama; Drake’s ‘Certified Lover Boy’ is irresistible even at its bleakest 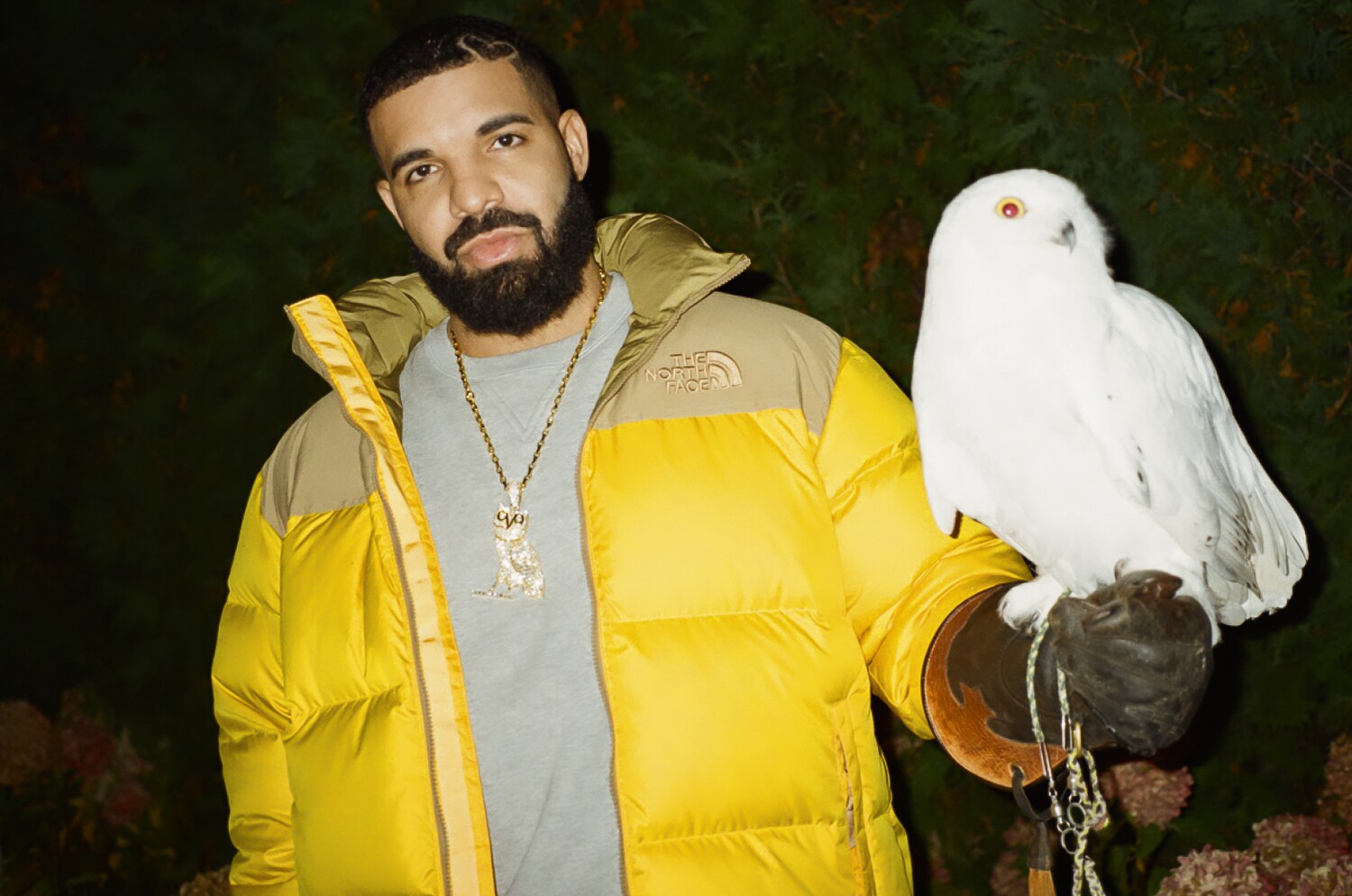 One depressing way to assess the rivalry between hip-hop’s dueling alpha males is to compare why each of them involved an accused sexual predator in his new album.

For Kanye West, who last month recruited Marilyn Manson for the rollout of his long-awaited “Donda,” the motivation appears to have been West’s trollish thirst for controversy — a bitter if focused longing to infuriate those he regards as having sought to cancel him for his own misdeeds.

For Drake, whose just-released “Certified Lover Boy” carries a songwriting credit for R. Kelly, the reason seems more like blinkered thoughtlessness. Writing on Instagram in the hours after “Certified Lover Boy” dropped Thursday night — long enough for a current of outrage to have swollen among those who noticed Kelly’s name — the rapper’s longtime producer 40 explained that he and Drake had been “forced” to license an R. Kelly song because it was playing in the background of a bit of speech they wanted to sample on Drake’s track “TSU.”

“It has no significance,” 40 added of the Kelly song, clearly eager to be the one to decide that point.

Both these rationales suck in glumly predictable ways. Yet they also add to the contrast between the LPs in question, which thanks to close release dates — and to an escalating series of man-child taunts between Kanye and Drake — are being framed as a kind of superstar showdown: While “Donda” feels witless and haphazard, “Certified Lover Boy,” by far the better album of the two, is deeply aware of itself, its excesses and contradictions (and its charms).

Drake’s sixth studio album so expertly displays his strengths that it came as a surprise to see the 34-year-old stumble over the weekend in his battle with Kanye when he leaked an unreleased “Donda” outtake featuring Andre 3000 — then was left looking petty and inconsiderate when Andre issued a statement lamenting his being dragged into the two rappers’ beef.

Of course, petulance has defined Drake’s winning brand since he emerged more than a decade ago as hip-hop’s sulking crown prince following an earlier life as a teen actor on Canada’s soapy “Degrassi: The Next Generation.” Indeed, neither the misstep with Andre 3000 nor the ill-advised R. Kelly connection did anything to dent the immediate success of “Certified Lover Boy,” which is certain to debut at No. 1 next week after setting new daily streaming records at both Spotify and Apple Music. (The album whose records Drake broke? “Donda.”)

“Not sure if you know, but I’m actually Michael Jackson,” he raps in the new LP’s “You Only Live Twice,” “The man I see in the mirror is actually going platinum” — a rare understatement by a commercial juggernaut whose previous album, 2018’s “Scorpion,” went platinum five times over.

Today it’s all but impossible to overstate Drake’s influence on modern hip-hop (and, by extension, modern pop); he reshaped the form around emotion and melody, and the murky yet glistening production beneath his sing-rap vocals has become the natural sound of the streaming ecosystem. But Drake achieved total domination only by building on groundwork Kanye laid in an earlier era less hospitable to adventurous fashion plates with gently eccentric flows. So it seems right in a sense that “Donda” came out first and set the parameters by which to judge both albums — even if the comparison hardly benefits West.

Heard in the wake of Kanye’s muddled psychodrama, “Certified Lover Boy” — which with 21 tracks over 86 minutes somehow still feels tight next to the interminable “Donda” — is an enjoyment even at its bleakest. And bleak it can definitely be: Alternately cruel and callow, Drake has all sorts of awful things to say about what passes for romantic relationships in the age of the unsolicited DM.

On “Pipe Down” he’s asking a woman how much he needs to spend on her to get her to be quiet; on “Get Along Better” he assures an ex that hooking up with her friend wasn’t about revenge. (“It’s wrong, I know,” he croons as sweetly as though he were serenading the friend instead of the ex.) “F—ing Fans,” which many online have surmised is secretly about Rihanna, has Drake regretting all the times he cheated on a girlfriend with — and he can’t believe he stooped this low — ladies who love his music.

“Hard for me to justify the women I was into,” he sings, condescension dripping like honey, “Especially when the whole entire world wished they had you.”

Drake opens “Certified Lover Boy” by telling us he’s been thinking about settling down; he finishes the album by scoffing at the very idea. But the gorgeously vibe-y beats by 40 and a squad of lesser-known studio wizards pull you into Drake’s conflicted headspace, as does his willingness — so welcome amid Kanye’s grim pronouncements — to poke a little fun at himself.

As internet-fluent as any A-lister, the rapper has known for years that meme-ability is now crucial to pop stardom. (Last year he reverse-engineered his single “Toosie Slide” from a meme, then quickly topped the Hot 100 with it.) Here, though, Drake really leans into his caricature, not just with the album’s self-parodying title and cover art but with songs like “Girls Want Girls” and particularly “Way 2 Sexy,” which samples Right Said Fred’s early-’90s smash “I’m Too Sexy” — itself a goof on club-dude narcissism — and arrives accompanied by an over-the-top music video in which Drake goes full beefcake as never before.

In a hard-to-parse note provided to Apple Music, Drake described “Certified Lover Boy” as “a combination of toxic masculinity and acceptance of truth which is inevitably heartbreaking” — an indication, provided those words can be accurately deciphered, that he’s developed a new understanding of his moral failings (or at least that he wants us to think he has).

Even minus this get-out-of-jail-free stuff, “Certified Lover Boy” is so sharply composed and performed as to be largely irresistible. There’s “Papi’s Home,” a slyly infectious banger that flips an old deadbeat-dad ballad by Montell Jordan to mock Drake’s many stylistic inheritors; there’s “N 2 Deep,” a spacey, two-part slow jam set both outside and within a Houston strip club. Cleverly, “N 2 Deep” is based on an earlier tune by Texas rapper Bun B; other tracks make similarly cunning use of source material from the Beatles (!) and the Notorious B.I.G.

“7am on Bridle Path” sets an aggrieved monologue about the burdens of fame — including a few jabs at Kanye — over an airy groove that gives Drake room to rhyme “Keep it a buck like Antetokounmpo” with “North of the border like Vito Rizzuto.” And despite its nasty tone, “F—ing Fans” offers some indelible images from the aftermath of his girlfriend’s discovery that he’d had a kid with another woman: “Probably made you want to hit the streets on everything / Probably made you want to pour bleach on everything.”

As on “Donda,” guest appearances from some of rap’s hottest acts — among them Lil Baby, Travis Scott, Young Thug, 21 Savage and Lil Durk — attest to Drake’s outsize standing in the field. But the most thrilling cameos on “Certified Lover Boy” come from two veterans, Rick Ross and Lil Wayne, who tear through their verses in the bumptious “You Only Live Twice” with refreshed vigor and attitude.

“I’m so difficult to fathom, like a fever in the winter,” Wayne motormouths over a beautifully dusty soul sample, “I got women in the Phantom with their cleavage out the window.” The line is vivid, funny, oddly respectful — an object lesson, in other words, for a still-maturing lover boy who knows he has nowhere to go but down.

Loading...
Denial of responsibility! TechiLive.in is an automatic aggregator around the global media. All the content are available free on Internet. We have just arranged it in one platform for educational purpose only. In each content, the hyperlink to the primary source is specified. All trademarks belong to their rightful owners, all materials to their authors. If you are the owner of the content and do not want us to publish your materials on our website, please contact us by email – [email protected]. The content will be deleted within 24 hours.
bleakestBoycertifiedDondaDrakesentertainment newsEntertainment updateIrresistible
Share