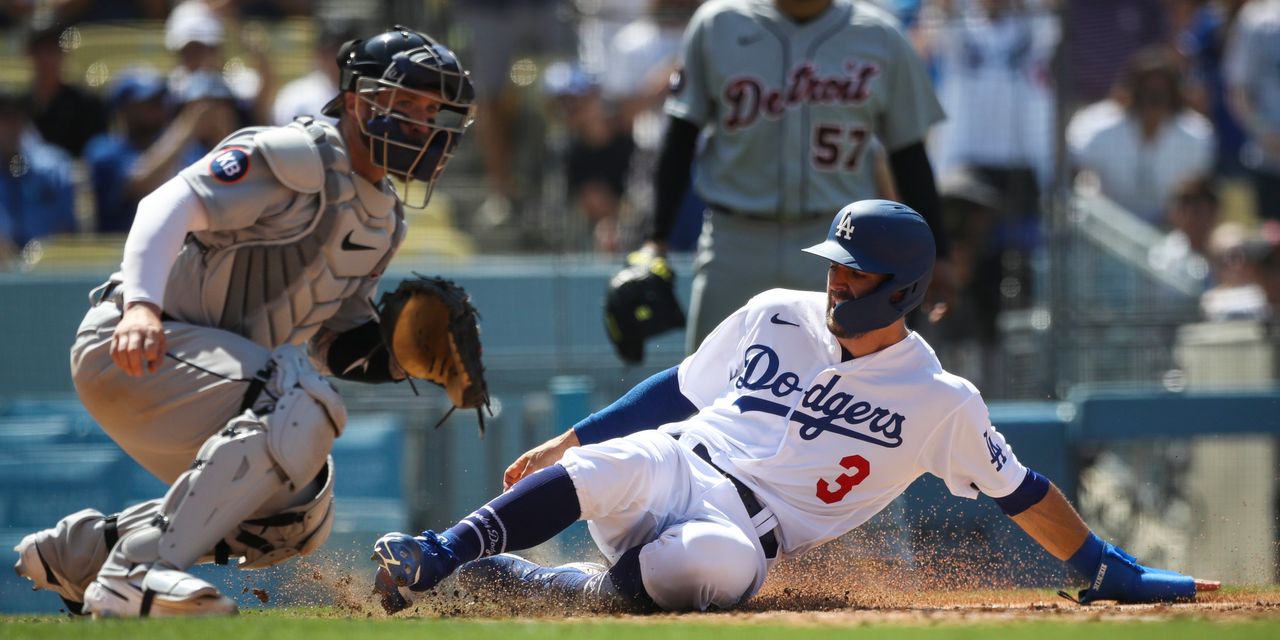 A measure seeking to legalize online sports betting backed by three of the nation’s largest online gambling companies has qualified for California’s November ballot, setting up a costly fight with the state’s tribes over control of a market researchers say could be worth billions.

A coalition led by FanDuel Group,

and BetMGM said Tuesday it had submitted more than 1.6 million signatures in support of their online gambling measure, well above the roughly one million required to place it before voters this fall.

If verified by state officials, the measure will appear alongside an already-qualified ballot measure that would legalize sports bets only at casinos operated on Native American lands and at horse-racing tracks.

If a majority of voters approve both proposals, there will likely be litigation over which will be implemented, according to

a Sacramento-based attorney who has worked on numerous ballot-measure campaigns. Mr. Hiltachk represents a campaign sponsored by California’s licensed card rooms, which are opposed to the tribal in-person betting initiative. The coalition hasn’t taken a position on the DraftKings-sponsored measure.

“You have at least two well-funded measures, a growing number of well-staffed campaigns and a jaw-dropping amount of money at stake,” said

a Democratic consultant who isn’t connected to any of the sports-betting proposals.

DraftKings and its allies have already put $100 million into a campaign account according to state campaign-finance filings, an amount proponents say is just their opening ante. They have been running ads online for weeks and their consultants include a deep bench of Sacramento heavy-hitters, including several current and former consultants to Gov.

Tribes based in California are largely united in opposition against the DraftKings-sponsored measure, which would erode their control over California’s legal gambling market. About 60 tribes operate casinos in the state.

“For us, this is not about money, it is about protecting our tribal gaming rights and long-term self-sufficiency,”

chairman of the Pechanga Band of Indians, said in a statement.

A coalition that includes Mr. Macarro’s tribe is planning to spend as much as $250 million to pass their measure and defeat the one allowing online gambling, according to Mr. Macarro.

Another group of tribes, led by the San Manuel Band of Mission Indians, has vowed to spend another $100 million to defeat the DraftKings measure. A spokesman for that group says it has already raised roughly $35 million and spent more than $12 million on television and digital ads featuring tribal leaders asking Californians to reject the online-betting measure.

The San Manuel tribe and its allies are also gathering signatures for a third ballot measure, which would legalize both online and in-person sports betting but leave tribes in control.

How would the authorization of online sports betting influence California’s economy? Join the conversation below.

State political consultants say the fight over sports betting will likely be the most expensive political battle this year and could be among the costliest in state history.

Previously, the most spent on a California ballot fight was 2020’s Proposition 22, a measure backed by companies including

that overturned a state law classifying gig-economy workers as employees. The companies and labor unions that opposed the measure spent a combined $224 million.

Wagering on sports has expanded across the U.S. after a Supreme Court ruling in 2018 cleared the way for states beyond Nevada to legalize the industry. Now, 34 states and the District of Columbia have legalized sports betting. At least 20 states and D.C. have online betting, while other states allow only in-person bets at casinos. Sports betting nationwide generated nearly $4.3 billion in revenue last year from more than $57 billion bets placed, according to the industry trade group, the American Gaming Association.

Online sports betting has generated more revenue than in-person bets in states where both are legal. In New Jersey, about 91% of last year’s sports bets were placed online, according to state gambling regulators.

In California, legalized online and retail sports betting could generate about $3 billion in annual revenue for gambling operators from $50 billion in total bets placed every year, said

a gambling-industry analyst at research firm Eilers & Krejcik Gaming. If sports betting in the state is restricted to in-person wagers, the market will likely be measured in the hundreds of millions, he said.

The measure backed by DraftKings and its allies includes a licensing-fee requirement and a 10% tax on gambling revenues. Of that, 85% would fund programs to address homelessness and mental-health treatment, while the remaining 15% would go to tribes who aren’t participating in sports gambling.

Ads promoting the online-betting measure pitch it as a way to help solve the state’s stubborn problems with homelessness.

The state Legislative Analyst’s Office, which studies the impact of bills, said online sports betting could generate “mid-hundreds of millions of dollars annually” for the government.

Opponents say legalizing online bets would lead to an increase in underage gambling and addictions.

“This measure would be a massive expansion of gambling and turns every laptop, cellphone, game console and tablet into a gaming device,” said

the spokeswoman for the in-person betting measure.

a spokesman for the online-betting measure, said the new marketplace would be tightly regulated, requiring users to connect their profiles to bank accounts with mandatory age verification.

The in-person sports-betting measure would impose a 10% tax on wagers made at horse-racing tracks, while revenue from bets made at tribal casinos would be governed by tribal-state compacts. According to state analysts, government revenue from the measure could be in the tens of millions of dollars.

Denial of responsibility! TechiLive.in is an automatic aggregator around the global media. All the content are available free on Internet. We have just arranged it in one platform for educational purpose only. In each content, the hyperlink to the primary source is specified. All trademarks belong to their rightful owners, all materials to their authors. If you are the owner of the content and do not want us to publish your materials on our website, please contact us by email – [email protected]. The content will be deleted within 24 hours.
artsbattleBetMGMBettingCaliforniaChris GroveControlcorporate
Share

Europe’s New Law Will Force Secretive TikTok to Open Up