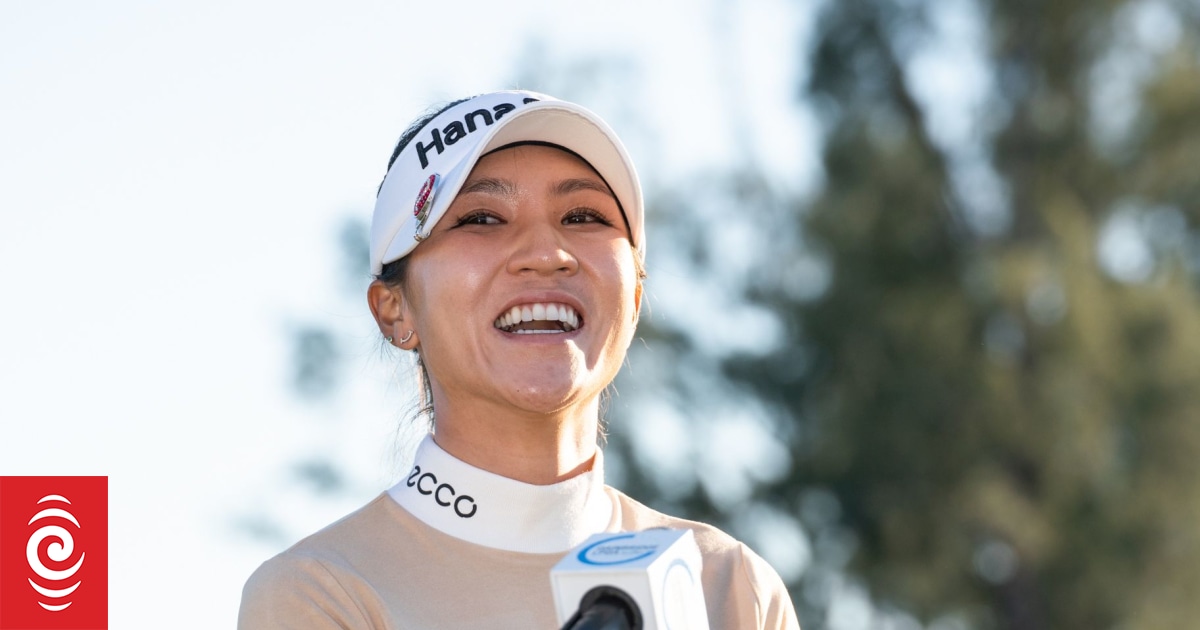 Lydia Ko believes she has recaptured the same kind of freedom she had when she became a dominant figure in women’s golf when she was just 17.

Ko has won the LPGA Tour Championship in Florida by two shots and claimed its $NZ3.25m prize – the largest in women’s golf.

The New Zealand golfer also won Player of the Year.

The 25-year-old started the final round in a tie for the lead with Ireland’s Leona Maguire and again didn’t start well with a bogey on the first hole.

She went one ahead of Maguire with her second birdie on the eighth and then extended that to two heading to the last.

Ko finished on 17 under par, while Maguire was two shots back in second with Anna Nordqvist another shot back in third.

Heading into the final event of the year there were four players with a mathematical chance of earning this year’s overall title.

Closest rival Minjee Lee of Australia finished 16 shots from the lead, while Canadian Brooke Henderson was eight behind Ko and Atthaya Thitkul of Thailand was nine back.

“To win again at the Gainbridge so early in the season after winning Lotte last year, especially when I didn’t feel like I was ready, it kind of came to me as a surprise.

“Winning in Korea was so special at a place where I was born and it was my goal to win their once and to do that was like a bucket list thing,” Ko said.

“Obviously I wanted to end the season on a high but know that whatever happens even though there’s a lot of things on the line just know that it’s been a great season …it’s a dream come true.”

Ko said she was also excited for some time off before her upcoming wedding.

Ko said it was nice to have her fiancé witness today’s success, which he wasn’t able to when she won her first LPGA title in Korea last month.

“I called him after my round [in Korea], I started bawling I was in tears because I wish I could celebrate that special moment with him.”

Ko’s first title in the CME Group Tour Championship was in 2014 when she was 17 and already becoming a dominant figure.

Ko believed she had recaptured the same kind of freedom she had in 2014 and said having the unconditional love of her fiancé had put things in perspective for her.

“My golf really is not how he perceives me. For a while when things weren’t going great in my career, my identity felt so connected to golf.

“Having met him I feel like he’s given me a better perspective in life and my golf and after meeting him I’ve actually wanted to work harder during the times I am working and then also enjoy time off.

“I probably had a few more breaks than I did two or three years ago but I think that’s just only helped me to be more focussed and be on when I’m doing my work.”

Ko had three victories in 2022 and recorded 13 top ten finishes. Her earnings this year were just over $7 million

She previously won the Player of the Year honour in 2015.

Ko also claimed the Vare Trophy for the lowest scoring average over the season, a title she first won last year.

Ko’s mother has been on tour with the 25-year-old since day one and was there to witness Ko’s success this morning.

“She might be one of my toughest critics but I know she wants me to keep growing and I think she keeps me really humble.

“She does everything for me and I know life on tour is not easy and I’m very thankful my mum and my sister travel with me and they make this so much more fun.”

Denial of responsibility! TechiLive.in is an automatic aggregator around the global media. All the content are available free on Internet. We have just arranged it in one platform for educational purpose only. In each content, the hyperlink to the primary source is specified. All trademarks belong to their rightful owners, all materials to their authors. If you are the owner of the content and do not want us to publish your materials on our website, please contact us by email – [email protected]. The content will be deleted within 24 hours.
AudioCurrent AffairsdreamLydiaNewsnews updatePodcastsPrize
Share

The Dutch taught Gregg Berhalter about soccer. Now his U.S.…