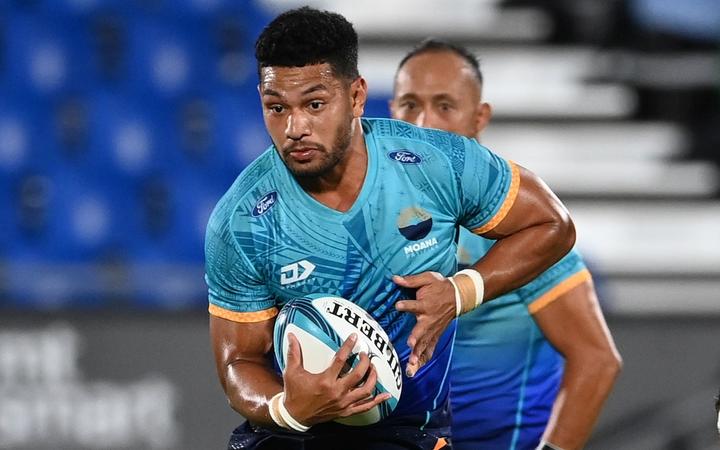 The two teams that put the Pacific into Super Rugby Pacific will meet for the first time this weekend, with the Fijian Drua hosting Moana Pasifika in Sydney.

The newcomers have already recruited loyal fan bases, but have their performances matched their off field success?

Moana Pasifika beat the Hurricanes in March for their maiden Super Rugby win, with the Fijian Drua edging the Rebels earlier that month for their first victory.

Neither side has won since, but they’re both full of confidence heading into the first match of what the Drua coach Mick Byrne hopes will become a long running rivalry between the two teams.

“We’ve been looking forward to this game since we knew we were playing it.

“The two new teams that turned it from Super Rugby into Super Rugby Pacific go on show this weekend against each other and our boys are really excited.

“It is a clash of the Pacific Islands and it should be an amazing cultural experience going to the game.” 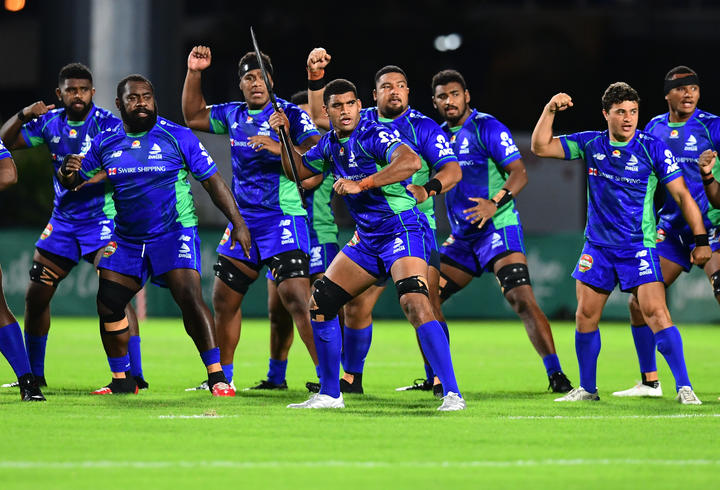 Byrne believes the match in NSW has a similar feel to rugby league’s State of Origin, which is often billed as mate versus mate.

“Yes they are mates, but they get a bit of respect out of how hard they hit each other as mates. I think we’re in for a pretty bruising affair and an entertaining affair.”

“We’ve been roomates since back in high school and this is the first time we will play against each other.”

Tavatavanawai’s whānau will be cheering him on from Fiji, despite their torn allegiances.

“My family back at home, my mum and the boys, they will be cheering around the TV in the house. There are plenty of my cousins as well who can’t wait to watch this game.” 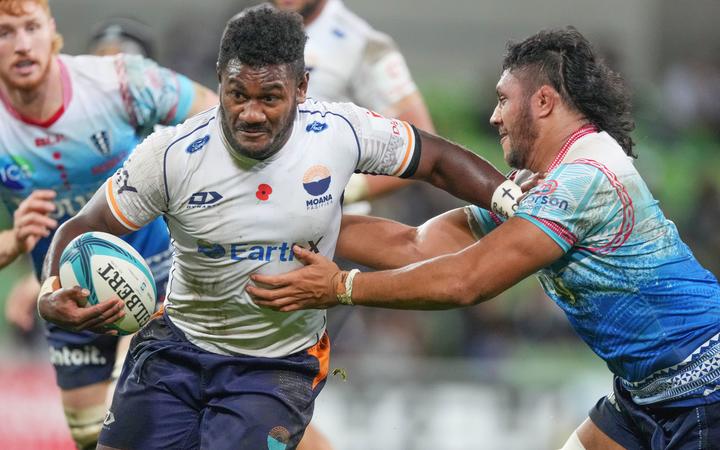 Both teams are realistically out of finals contention this season.

The Drua coach Mick Byrne said anything less than a playoff appearance next year will be a disappointment.

He believes being able to play all their home games in Fiji (they have just two matches in Fiji this season, with most in Sydney) will help their cause.

“Last week against the Highlanders in Suva, showed what we can expect next year when we play at home.

“Our fans are massively passionate about the game and have high expectations around performance as well. I know it’s going to be good for us to play half our games at home in front of those fans and I’m sure the world will see what Drua rugby means to the people of Fiji.”

Moana Pasifika have been hit particularly hard by Covid disruptions and postponed games, but assistant coach Dale MacLeod is confident they’ll chalk up another victory before the end of the season.

“There’s something real special brewing in our group.

“We are way ahead of where we thought we probably would be and I think a lot of people and teams are starting to now think that every time we go on the field we’re going to be a mighty challenge.”

“When rugby went professional in 1995/96, to have the Pacific Island teams left totally out in the cold of Super Rugby was a total kick in the guts. I’m chuffed to finally see this come to fruition.”

Williams, a patron of Moana Pasifika, is satisfied with how both teams have gone in their debut seasons and he’s convinced they will become regular winners in the competition before too long.

One of them at least, should have two wins to their name after Saturday’s match.

Denial of responsibility! TechiLive.in is an automatic aggregator around the global media. All the content are available free on Internet. We have just arranged it in one platform for educational purpose only. In each content, the hyperlink to the primary source is specified. All trademarks belong to their rightful owners, all materials to their authors. If you are the owner of the content and do not want us to publish your materials on our website, please contact us by email – [email protected]. The content will be deleted within 24 hours.
AudioCurrent AffairsDruahistorymoanaNewsnews updatePasifika
Share

Wordle 328 on Friday the 13th is an interesting one. See here for clues, answer

Protect your yard with Eufy’s security camera and…

How low-code solutions can help good developers become even…

A slavery-era instrument is on the National Mall, singing…