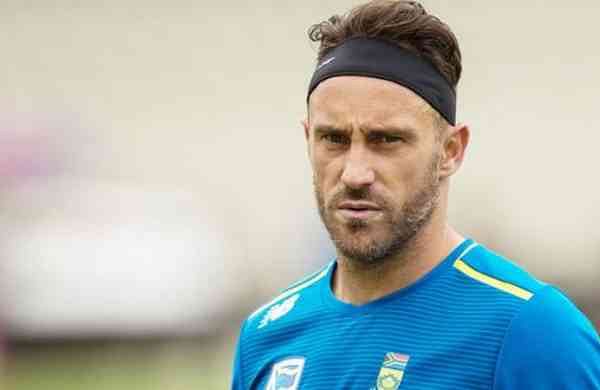 Du Plessis batted though the innings as he recorded his highest T20 score of 120 not out off just 60 balls after Saint Lucia Kings were put in to bat.

He was supported by Roston Chase (64 not out), who once again excelled with both the bat and ball.

Saint Lucia were 71/0 after power play and despite losing Andre Fletcher and Keron Cottoy, they built a mammoth total around du Plessis and Chase as the duo hit eight sixes between them.

St.Kitts & Nevis succumbed to 124 despite some fireworks from Evin Lewis (73) as a disciplined bowling performance from the Kings won them the day.

They had a sedate start in their run chase.

Devon Thomas fell to the bowling of Alzarri Joseph, with Chris Gayle following in the third over.

Chase added pressure by bowling a maiden in the fourth over.

Lewis delivered some destructive shots, reaching his half century in just 25 balls.

However, his 73 went in vain, as wickets tumbled, with Keemo Paul taking three wickets in the 16th over.

Saint Lucia Kings now have six points and are firmly in contention for a play-off spot, while the Patriots remain top of the league.

In another match, Chandrapaul Hemraj struck 105 not out to guide Guyana Amazon Warriors to a nine-wicket win over Barbados Royals.

Barbados Royals were undone first by spin bowling, as Imran Tahir took three early wickets, before a series of run outs and late wickets from Romario Shepherd restricted them to 130 all out.

Guyana Warriors started off briskly and Hemraj dominated with the bat.

With Brandon King, he put on 103 runs for the first wicket.

Shoaib Malik then came in to consolidate while Hemraj went in search of his century, reaching it with his fifth six of the day.

The win will be a confidence booster for the Amazon Warriors, who now have six points in the league standings.

Barbados Royals remain at the bottom after this defeat.

Denial of responsibility! TechiLive.in is an automatic aggregator around the global media. All the content are available free on Internet. We have just arranged it in one platform for educational purpose only. In each content, the hyperlink to the primary source is specified. All trademarks belong to their rightful owners, all materials to their authors. If you are the owner of the content and do not want us to publish your materials on our website, please contact us by email – [email protected]. The content will be deleted within 24 hours.
Loading...
Caribbean Premier LeaguecenturyCPLDu PlessisKittsLucianews updatePlessis
Share

Katrina Kaif shares sun-kissed pics from Turkey, fan wonders: ‘How can someone be so beautiful?’