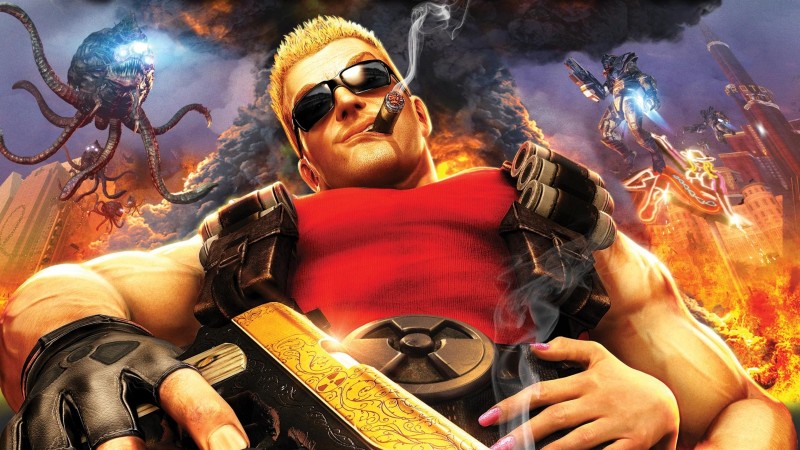 2011’s Duke Nukem Forever famously languished in development hell for 15 years before release. Its tumultuous cycle, which began in 1997, spawned several builds and demos by original developer 3D Realms. Today, footage of one of those early versions of the game has appeared online.

As spotted by GameSpot, a 4Chan user known as x0r uploaded footage of a 1-minute, 20-second slice of gameplay from a 2001 demo of the game. The video’s authenticity was confirmed on Twitter by Duke Nukem co-creator George Broussard, who served as one of the lead designers on Forever with 3D Realms during its long development. According to Broussard, he has no idea how the footage resurfaced but shot down hopes of a complete, playable build by describing these demos as a “smattering of barely populated test levels.”

Yes, the leak looks real. No, I’m not really interested in talking about it or retreading a painful past. You should heavily temper expectations. There is no real game to play. Just a smattering of barely populated test levels. I have no knowledge who leaked this.

However, the leaker claims to have access to the demo’s source code and plans to release it and a level editor sometime in June.

The demo shows Duke mowing down alien-infected SWAT soldiers in a strip club while cracking his signature quips. You can spot an early version of the Ego meter that would appear in the final game (where it essentially functioned as a shield). The footage also shows off a quick-toggle weapon menu for changing equipment on-the-fly.

Another short clip showed a first-person motorcycle riding segment. The no-frills clip is exactly what it sounds like.

Duke Nukem Forever received less-than-stellar reviews upon release (we gave it a 6.75 out of 10) and is the final Duke Nukem game to date. The ill-fated title is ultimately most notable for having one of the longest development cycles in gaming history. The only significant sign of life the series has shown in recent years was the 2018 announcement of a Duke Nukem movie with John Cena reportedly starring. However, that too has quietly faded into its own development hell, assuming it’s still happening at all.

Denial of responsibility! TechiLive.in is an automatic aggregator around the global media. All the content are available free on Internet. We have just arranged it in one platform for educational purpose only. In each content, the hyperlink to the primary source is specified. All trademarks belong to their rightful owners, all materials to their authors. If you are the owner of the content and do not want us to publish your materials on our website, please contact us by email – [email protected]. The content will be deleted within 24 hours.
agmeupdateappearsbuildDukegameplayGames newsgamingGaming update
Share

Julio Urías pitches well, but Dodgers get shut out by…