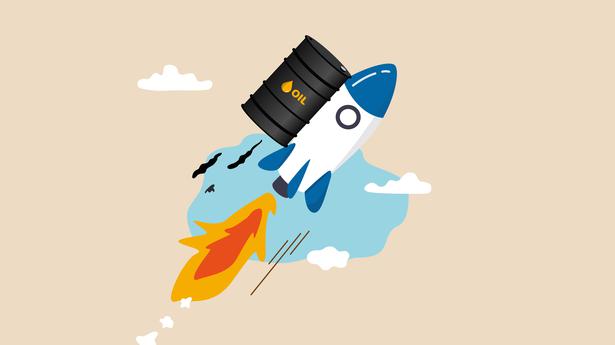 Dutch Disease in economics refers to a phenomenon wherein a country witnesses uneven growth across sectors due to the discovery of natural resources, especially large oil reserves. According to the concept, when a country discovers natural resources and starts exporting them to the rest of the world, it causes the exchange rate of the currency to appreciate significantly and this, in turn, discourages the exports from other sectors while encouraging the import of cheaper alternatives.

While the idea was first proposed by economists Peter Neary and Max Corden in 1982, the term ‘Dutch disease’ was first coined by The Economist in 1977 to describe the decline of the manufacturing industry in the Netherlands.

The origin of the term

In the 1960s, the Netherlands discovered gas reserves in the North Sea. The subsequent export of oil and the appreciation of the Dutch currency made Dutch exports of all non-oil products less competitive on the world market. Unemployment rose from 1.1% to 5.1% and capital investment in the country dropped. Following this, over the years, the country witnessed a downfall in the industrial sector.

According to a recent research paper titled “40 years of Dutch Disease literature: lessons for developing countries”, by Edouard Mien and Michael Goujon, the framework of the model of the phenomenon is based on three sectors: energy (traditionally oil, gas or mining resources), tradeables, and non-tradeables of a small economy. As labour and capital are immobile internationally, the Dutch disease is a “purely domestic phenomenon” which cannot be “exported.”

The model is concentrated on the spending and resource-movement effects. That is, exports of energy generate additional revenue for the factory owner and the government (through taxes), hence increasing the demand for tradeable and non-tradeable products in the country. The boom in the energy sector forces labour to move out of trade and service sectors, creating a shortage of manpower in these two sectors. This reduces the output in the trade and service sector due to the gap between supply and demand. At the end, output in the trade sector declines and the service sector stagnates, resulting in the downfall of the economy in the long-run.

However, there are theories that contradict this model. For instance, Fredrick van der Pleog in 2011 explained that if the trade or manufacturing sector is more capital-intensive than the service sector, then the boom in the energy sector will be shifted to the trade sector resulting in an absolute fall in the service sector.

How to combat the Dutch disease

Mien and Goujon also focus on what the developing resource-rich countries should do to avoid the occurrence of the Dutch disease.

First, the role of fiscal policy can prevent the adverse effects of Dutch disease. According to the researchers, the role of fiscal policy is important to control the boom following the discovery of natural resources. Rising income due to the export of natural resources should be adjusted with cautious spending on public welfare. The study focusses on the efficient use of revenues coming from taxation to compensate for the adverse effects of the Dutch disease.

The second important move is to promote spending policies. Public spending such as concentrating on imports of tradeables rather than non-tradeables would help slow the impact of the Dutch disease. Private spending in order to improve the productivity of private firms would also help reduce the impact.

Third is monetary policy. The choice of an appropriate monetary policy is important for macroeconomic management in commodity-exporting countries. With the discovery of natural resources, the country sees a huge inflow of money, especially foreign currency. The export of natural resources tends to affect the equilibrium in the money and exchange rate markets. The Dutch disease can be prevented if the central bank raises the banking system reserve’s requirement, which decreases domestic credit.

Denial of responsibility! TechiLive.in is an automatic aggregator around the global media. All the content are available free on Internet. We have just arranged it in one platform for educational purpose only. In each content, the hyperlink to the primary source is specified. All trademarks belong to their rightful owners, all materials to their authors. If you are the owner of the content and do not want us to publish your materials on our website, please contact us by email – [email protected]. The content will be deleted within 24 hours.
business newsBusiness updatediseaseDutchDutch diseasemanufacturing sectorNetherlandsnews update
Share

Watch: ‘Too late’ Virat Kohli gets out cheaply…