Notice: amp_is_available was called incorrectly. `amp_is_available()` (or `amp_is_request()`, formerly `is_amp_endpoint()`) was called too early and so it will not work properly. WordPress is currently doing the `pre_get_posts` hook. Calling this function before the `wp` action means it will not have access to `WP_Query` and the queried object to determine if it is an AMP response, thus neither the `amp_skip_post()` filter nor the AMP enabled toggle will be considered. It appears the theme with slug `publisher` is responsible; please contact the author. Please see Debugging in WordPress for more information. (This message was added in version 2.0.0.) in /home/runcloud/webapps/techilive/wp-includes/functions.php on line 5313
 ECB has gone over the top, says UK's culture secretary on Ollie Robinson ban for old racist tweets - TechiLive.in 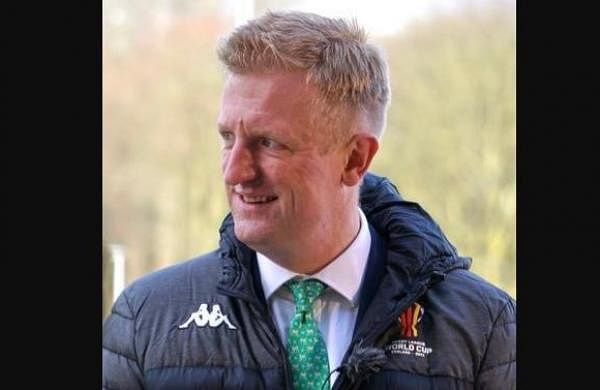 LONDON: The UK government’s culture and sports secretary Oliver Dowden on Monday said the England and Wales Cricket Board (ECB) has gone “over the top” by suspending Ollie Robinson for the racist and sexist tweets he posted back in 2012.

England fast bowler Robinson was on Sunday suspended from international cricket pending an investigation into his discriminatory tweets he posted as a teenager.

“Ollie Robinson’s tweets were offensive and wrong,” Dowden tweeted “They are also a decade old and written by a teenager. The teenager is now a man and has rightly apologised. The ECB has gone over the top by suspending him and should think again.”

Dowden is the secretary of culture, sports, media and digital in the United Kingdom government.

The Conservative Party politician has been Member of Parliament (MP) for Hertsmere since 2015.

In a fine debut performance at the Mecca of Cricket, he had taken seven wickets in the match.

At the close of first day’s play, the 27-year-old apologised and said he was going through a difficult period in his life when he posted the racist tweets as an 18-year-old.

“I want to make it clear that I’m not racist and I’m not sexist,” Robinson had said.

“I deeply regret my actions, and I am ashamed of making such remarks. I was thoughtless and irresponsible, and regardless of my state of mind at the time, my actions were inexcusable. Since that period, I have matured as a person and fully regret the tweets.”

However, his apology was not enough as the ECB suspended him after the end of the first Test while initiating a disciplinary investigation.

Robinson will not be available for the second Test against New Zealand, which begins at Edgbaston on Thursday.

A statement from the ECB said: “England and Sussex bowler Ollie Robinson has been suspended from all international cricket pending the outcome of a disciplinary investigation following historic tweets he posted in 2012 and 2013.

“He will not be available for selection for the second Test against New Zealand starting at Edgbaston on Thursday (June 10). Robinson will leave the England camp immediately and return to his county.”

Loading...
Denial of responsibility! TechiLive.in is an automatic aggregator around the global media. All the content are available free on Internet. We have just arranged it in one platform for educational purpose only. In each content, the hyperlink to the primary source is specified. All trademarks belong to their rightful owners, all materials to their authors. If you are the owner of the content and do not want us to publish your materials on our website, please contact us by email – admin@techilive.in. The content will be deleted within 24 hours.
bancultureECBnews updateOllieOllie RobinsonRacistRobinson
0
Share

How to grow desirable ruby red rhubarb in your Sydney suburb