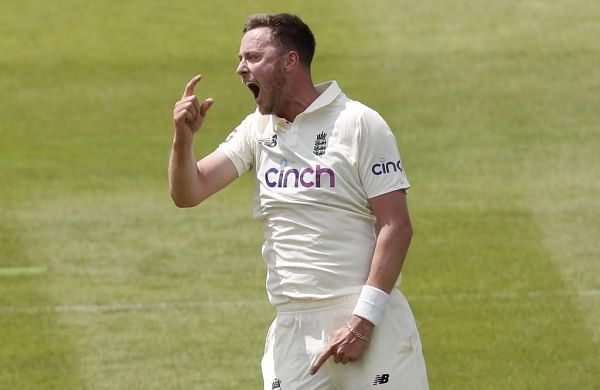 LONDON: First-timers Dawid Malan, Jack Leach and Ollie Robinson were among 20 England cricketers who were awarded central contracts on Friday, a change from their cricket board’s earlier policy of handing players separate red-ball and white-ball deals.

“Under the new system, 20 annual contracts have been awarded on a ‘single’ contract list instead of the previous separation of red ball and white ball contracts introduced in 2016,” said the ECB in a statement.

“The system considers the likelihood of players featuring in England teams across formats in the next 12 months, whilst also recognising performances in the preceding year.

“Considerations were also agreed against a busy international schedule, made challenging by additional Covid-related constraints, and taking into account the mental wellbeing and welfare of the players.”

In addition to the 20 central contracts, players have been awarded “increment contracts and “pace bowling development contracts”.

“This structure recognises players that may feature for England on a less predictable basis and supports developing and managing high potential pace bowlers across all formats,” the statement added.

Zak Crawley, who was dropped from the Test squad during the series against India, has got a contract but not Haseeb Hameed who replaced Crawley.

Dom Sibley has also not got a contract.

Moeen Ali has also been included despite his retirement from Tests.

Managing Director of Men’s England Cricket, Ashley Giles, said: “I would like to thank TEPP and the players for all their constructive input through the process of developing this new system, which I believe is the fairest and most transparent way of rewarding players across all formats.

“The international game continues to evolve, and we have to be mindful that we have to lead the way in player performance across cricket’s ever-changing landscape.

Our objective remains the same to develop world-class players in all three formats as we strive to become the most respected team in the world,” he added.

Denial of responsibility! TechiLive.in is an automatic aggregator around the global media. All the content are available free on Internet. We have just arranged it in one platform for educational purpose only. In each content, the hyperlink to the primary source is specified. All trademarks belong to their rightful owners, all materials to their authors. If you are the owner of the content and do not want us to publish your materials on our website, please contact us by email – [email protected]. The content will be deleted within 24 hours.
amongAnnualannual contractscontractsECBEngland cricket contractsMalanMoeen Ali
Share