Notice: amp_is_available was called incorrectly. `amp_is_available()` (or `amp_is_request()`, formerly `is_amp_endpoint()`) was called too early and so it will not work properly. WordPress is currently doing the `pre_get_posts` hook. Calling this function before the `wp` action means it will not have access to `WP_Query` and the queried object to determine if it is an AMP response, thus neither the `amp_skip_post()` filter nor the AMP enabled toggle will be considered. It appears the theme with slug `publisher` is responsible; please contact the author. Please see Debugging in WordPress for more information. (This message was added in version 2.0.0.) in /home/runcloud/webapps/techilive/wp-includes/functions.php on line 5313
 Edgbaston Test between England and New Zealand to allow 18,000 fans on each day - TechiLive.in 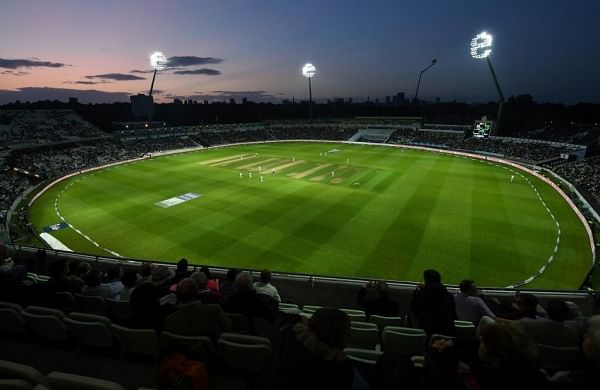 Edgbaston Test between England and New Zealand to allow 18,000 fans on each day

BIRMINGHAM: As many as 18,000 fans will be allowed on each day of the second Test between England and New Zealand at Edgbaston after it was selected as the first of the UK government’s pilot events that will gauge the risk of COVID-19 transmission at events that attract mass gatherings.

The said number of fans means 70 per cent of the stadium’s capacity.

“Edgbaston’s LV=Insurance Test match named as pilot event. We will be able to host around 18,000 spectators each day. Ticket holders will be contacted via email regarding the next steps,” said Edgbaston cricket ground administration on its twitter handle on Wednesday.

The project also seeks to analyse the testing protocols and social distancing and other COVID-related guidelines.

As per the standard government protocols, to gain entry to the stadium all ticket holders will need to present a COVID-19 result from an NHS Rapid Lateral Flow Test, completed within 24 hours in advance.

All ticket holders should be aged 16 and over.

“Edgbaston is unique as a cricket venue in having such a large stadium footprint, but we also have a vastly experienced operational delivery team, which has hosted many major events and a spectator pilot last summer,” said Stuart Cain, Chief Executive at Edgbaston.

“We have always been hopeful of featuring in the pilot programme and are delighted for the thousands of ticket holders who will now be able to attend.”

The first Test between England and New Zealand at Lord’s, due to run from June 2 to 6, will be attended by 25 percent crowd capacity.

“The UK Government’s roadmap for easing of Covid-related restrictions in England means that the Test match between England v New Zealand on 2-6 June will be limited to a reduced ground capacity of 25%.

If you have purchased a ticket to this match, you will automatically receive a refund,” said a statement from Lord’s cricket ground administration.

The Lord’s Test is not part of the pilot programme.

Denial of responsibility! TechiLive.in is an automatic aggregator around the global media. All the content are available free on Internet. We have just arranged it in one platform for educational purpose only. In each content, the hyperlink to the primary source is specified. All trademarks belong to their rightful owners, all materials to their authors. If you are the owner of the content and do not want us to publish your materials on our website, please contact us by email – admin@techilive.in. The content will be deleted within 24 hours.
Covid-19DayEdgbastonenglandEngland vs New Zealand Testsfansnews updateNHS Rapid Lateral Flow Test
0
Share

The world of Black hair magic, according to an icon of L.A.’s hair avant-garde

How to enable SSH 2FA on AlmaLinux for more secure logins