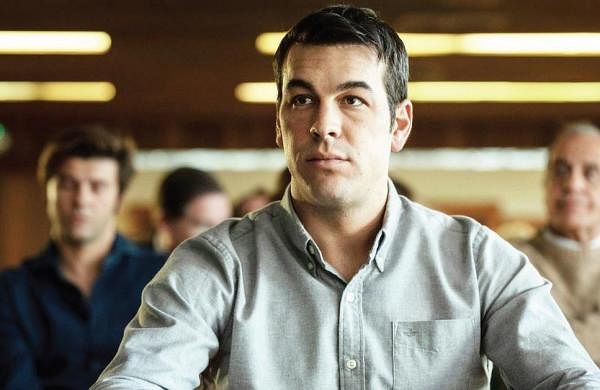 Netflix’s new suspense thriller El Inocente (The Innocent) comes from Oriol Paulo, the mind behind the widely popular The Invisible Guest (adapted in Hindi as Badla), The Body and Mirage. How would he fare with long-form storytelling though? Brilliantly.

He expertly guides the story through a dark maze where each character emerges from the shadows with a flawed and haunted past. The best part? Unlike most thriller series that typically begin with promise but taper off as they near the end, El Inocente holds its audience captive till the last shot.

Based on Harlan Coben’s novel of the same name, El Inocente is a stunningly staged, intricate maze of overlapping events that begins with an unintentional act of violence turning a young man’s world upside down.

Mateo Vidal (Mario Casas from The Invisible Guest) is shattered when he is slapped with a four-year prison sentence. When he gets out, another devastating blow awaits him. But soon, a faint glimmer of hope appears in the form of a woman named Olivia (Aura Garrido), who accepts his past and loves him for the man he is.

We get multiple threads and character arcs, each beautifully merging into the other, even while the focus firmly remains on two big stories. As with the chapters of a great suspense novel, each episode takes its time to introduce a principal character, all of whom have a dark past.

It’s a series that treats everyone equally, good or bad. The second episode, for instance, takes you so deep into another character’s background that your mind is off the protagonist. And yet, the series brings back everything in that final episode.

From the first episode, Paulo plays the audience like a master manipulator. He channels his inner Hitchcock in a way he hasn’t done in his earlier work. The long-form narrative also enables him to achieve more depth than he would have been able to in a feature film.

However, there is caution too. He lets us in on disturbing information, but spares us the visuals, especially of sexual violence. This saves the series from getting exploitative. All of this is enhanced by Fernando Velázquez’s gripping background score.

It’s a story of fathers, sons, mothers, and daughters; of people who are looking for second chances and closure. The best of all is the emotionally charged story of a group of women, and their survival and empowerment.

The series puts them through hell and infinite darkness, but the light that finally appears at the end of the tunnel burns bright.With this series, Paulo has not only set a benchmark for other filmmakers interested in suspense films, but for himself as well.

Loading...
Denial of responsibility! TechiLive.in is an automatic aggregator around the global media. All the content are available free on Internet. We have just arranged it in one platform for educational purpose only. In each content, the hyperlink to the primary source is specified. All trademarks belong to their rightful owners, all materials to their authors. If you are the owner of the content and do not want us to publish your materials on our website, please contact us by email – [email protected]. The content will be deleted within 24 hours.
BenchmarkEl InocenteEl Inocente reviewentertainment newsEntertainment updateInocenteMario Casasmovie
0
Share

Smoking can go beyond lungs, impact quality of life