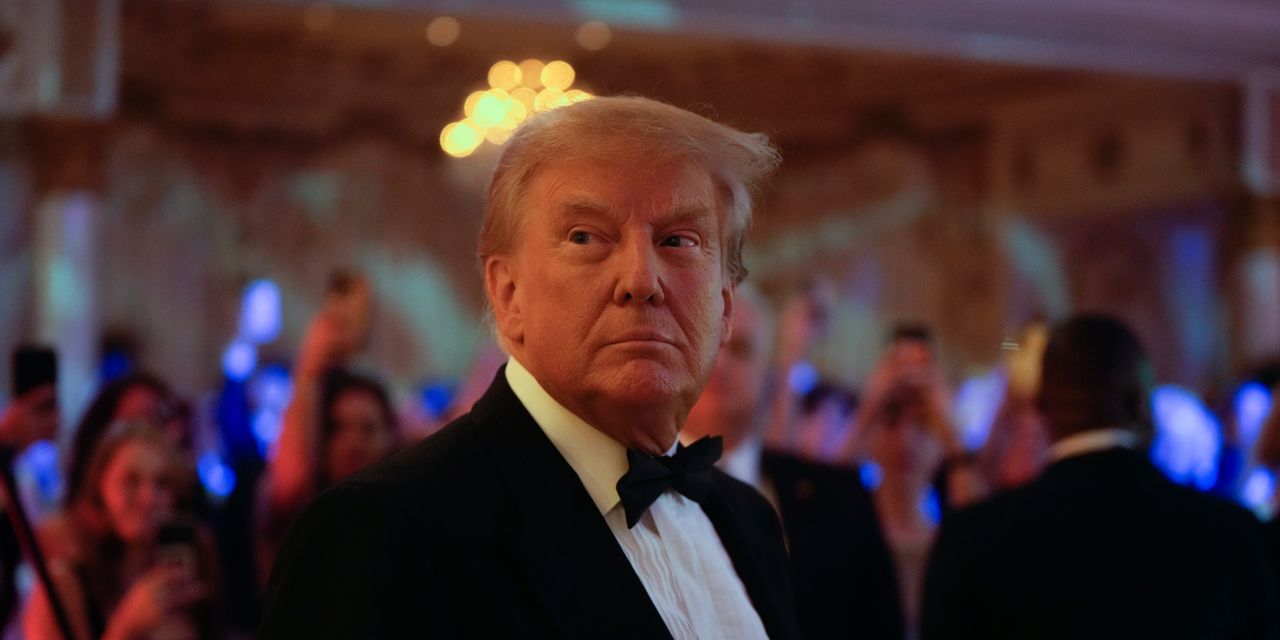 said he would reinstate

‘s account on Twitter Inc. after polling users on the platform, broadening the former president’s potential reach days after he declared another run for the White House.

The move also underscored how Mr. Musk has made himself the principal decider on all things Twitter after buying the platform for $44 billion late last month. Mr. Musk had previously said he would establish a content council to weigh in on account reinstatements.

The Twitter poll that Mr. Musk launched Friday recorded 51.8% of votes in favor of reinstating Mr. Trump’s account and 48.2% against.

“The people have spoken,” Mr. Musk tweeted Saturday evening. “Trump will be reinstated.”

Hours before the poll closed, Mr. Trump, at an event, said he saw no reason to rejoin Twitter and would stay on the social-media platform he set up since. He posted there Saturday evening to encourage followers to vote in Mr. Musk’s poll “with positivity,” but said he planned to remain on his platform.

Representatives for Mr. Trump didn’t immediately respond to a request for comment after Mr. Musk disclosed his decision.

Twitter banned Mr. Trump’s account on Jan. 8, 2021. Leading up to the storming of the U.S. Capitol on Jan. 6, 2021, by a mob of his supporters seeking to halt the certification of President

Mr. Musk has described himself as a free-speech absolutist and said Twitter generally should intervene only to comply with local laws. He has also complained that some of Twitter’s most high-profile users were no longer using the platform.

After taking over Twitter, Mr. Musk said the company would be “forming a content moderation council with widely diverse viewpoints.” He added: “No major content decisions or account reinstatements will happen before that council convenes.”

Mr. Musk, who has been dealing with turmoil at Twitter after firing half the staff and another wave of departures this week, hasn’t said publicly if the council had met or been established. Mr. Musk on Friday said he had reinstated some banned accounts.

The poll garnered over 15 million votes.

The NAACP criticized the reinstatement, questioned the veracity of the poll and called on advertisers still promoting on Twitter to immediately pause those activities. Several big-name advertisers had already suspended business on the platform since Mr. Musk’s takeover.

the billionaire internet entrepreneur and owner of the NBA’s Dallas Mavericks, called the reinstatement a “smart marketing move” by Twitter, though he expressed doubt it would help Mr. Musk in his push to lift the company’s subscription revenue.

who said during the early days of Mr. Musk’s ownership that he was helping Mr. Musk with the transition, said he supported the initial ban and also now lifting it. He added in a tweet that, “If trump causes another riot or public safety issue I would double his previous ban (ie 18 months becomes 36), & then do that again if needed.”

Mr. Musk said in May, weeks after agreeing to buy Twitter, that he disagreed with the ban and would restore Mr. Trump’s account access. He called the ban “a mistake because it alienated a large part of the country, and did not ultimately result in Donald Trump not having a voice,” while also arguing it undermined trust in Twitter.

“I am very happy that Twitter is now in sane hands,” the former president said on his social-media platform, Truth Social, after Mr. Musk took over the company last month. Mr. Trump said Twitter would now be smaller, but better.

Mr. Trump is obligated for some time to make any social-media posts first on TruthSocial, though there are exceptions, including posts from a personal account for certain political activities, according to a regulatory filing.

Catch up on the headlines, understand the news and make better decisions, free in your inbox every day.

Mr. Musk and Mr. Trump have at times been at odds. Mr. Musk left a presidential economic advisory council during the Trump administration after the then-president said the U.S. would withdraw from the Paris climate accord.

“Climate change is real,” Mr. Musk tweeted at the time.

Mr. Musk this year said that he had voted Republican for the first time and that Mr. Trump should get out of politics. Mr. Musk also said that he was leaning toward supporting Florida Gov.

for president. Mr. DeSantis, a Republican, hasn’t said whether he plans to run in 2024.

—Alex Leary and Alexa Corse contributed to this article.

Corrections & Amplifications
The most recent tweet on former President Donald Trump’s Twitter account after it was restored was dated Jan. 8, 2021. An earlier version of this article incorrectly said it was dated Jan. 8, 2001. (Corrected on Nov. 19)

Denial of responsibility! TechiLive.in is an automatic aggregator around the global media. All the content are available free on Internet. We have just arranged it in one platform for educational purpose only. In each content, the hyperlink to the primary source is specified. All trademarks belong to their rightful owners, all materials to their authors. If you are the owner of the content and do not want us to publish your materials on our website, please contact us by email – a[email protected]. The content will be deleted within 24 hours.
accountbusiness newsBusiness updateContent Typescorporatecorporate strategyCorporate Strategy/PlanningCorporate/Industrial News
Share