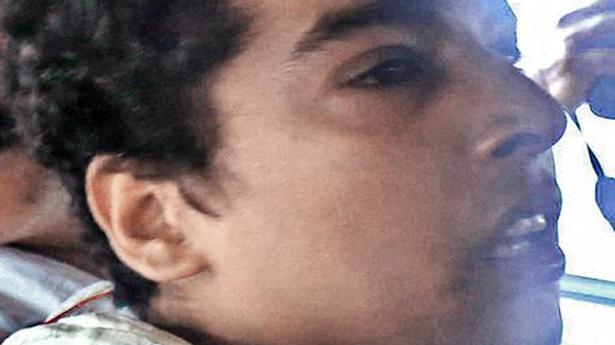 An audio clip of a conversation purportedly between ‘Pulsar’ Suni, the key accused in the actor assault case, and Jinson, a witness in the case and a former cellmate of Suni, has surfaced in which Suni admits to having met director Balachandrakumar multiple times at Dileep’s house and hotel.

The conversation has emerged close on the heels of Balachandrakumar’s recent revelations that Dileep and Suni were acquaintances and that he had seen Suni at the actor’s house. The development also assumes significance in the wake of a probe being held by a Special Investigation Team (SIT) into the revelations. The SIT is expected to submit a report before the Ernakulam Additional Special Sessions Judge Honey M. Varghese by January 20 when the case is about to come up for hearing next.

In the phone call reportedly made from the prison at Kakkanad where he remains imprisoned, Suni asks Jinson about the latest information about the case outside other than what he gets to know through newspapers. Jinson tells Suni about the revelations by Balanchandrakumar and asks whether he knows him.

Suni responds in the affirmative admitting that he had seen him two or three times both at Dileep’s house and hotel. He also admits to having seen Balachandrakumar in connection with a film project though he was evasive about the money transactions in that connection.

Jinson had shared the cell with Suni when he was remanded in a case registered by Nedumbassery police. The conversations that Suni had with Jinson at that time helped Crime Branch to expose Dileep’s alleged role in the case.

The actor assault case sprung back into life after Mr. Balachandrakumar revelations in an interview given to channels. He said it was Dileep’s brother Anoop who introduced Suni to him in December 2016 at the actor’s residence in Aluva. He had also alleged that Dileep had got a copy of the video on the sexual assault of the woman actor.

The SIT headed by Crime Branch ADGP S. Sreejith was reconstituted in the wake of these revelations. The SIT is likely to record the statement of Mr. Balachandrakumar before the magistrate under Section 164 of Cr.PC later this week. The audio clip is likely to prove a major boost to the investigators who are gearing up to interrogate Suni and Dileep.

The apex court had directed to complete the trial by February 16. Unless the apex court gives a favourable verdict on the State government’s plea to grant an extension by six months for completing the trial in the wake of recent revelations in the case, SIT would have to move things real fast.

The trial hit a roadblock recently when the special public prosecutor in the case quit, the second such instance. The victim wrote to the Chief Minister sharing her concerns in the wake of the resignation of the prosecutor and the revelations by Mr. Balachandrakumar.

The case is that the actor was abducted and sexually assaulted in a moving vehicle by a criminal gang led by Suni on the night of February 17, 2017. It was allegedly done on a quotation (a contract crime), which was allegedly given by Dileep. Suni was arrested on February 23, 2017, and Dileep was arrested nearly five months later on July 10. Dileep spent 85 days in prison before he was granted bail on October 3. The trial of the case started on March 15, 2018.

Denial of responsibility! TechiLive.in is an automatic aggregator around the global media. All the content are available free on Internet. We have just arranged it in one platform for educational purpose only. In each content, the hyperlink to the primary source is specified. All trademarks belong to their rightful owners, all materials to their authors. If you are the owner of the content and do not want us to publish your materials on our website, please contact us by email – [email protected]. The content will be deleted within 24 hours.
AudioClipDileepemergenceentertainment newsEntertainment updatenews updatepiles
Share

U of Wyoming Changes Approach to Testing | Inside Higher Ed