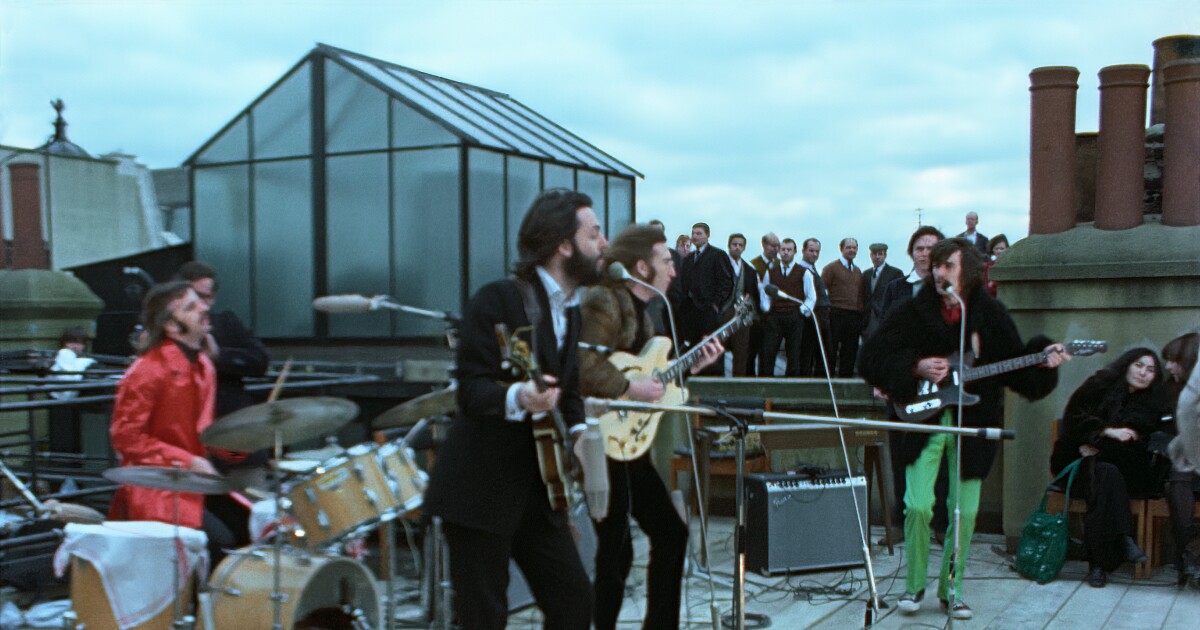 Emmys 2022: The best shows outside drama, comedy and limited series “Bo Burnham: Inside,” the virtuosic musical extravaganza that captured the isolation brought on by the pandemic in ways that were hilarious and heartbreaking, won three Emmys last year, though not the main category that was presented during the televised ceremony. That award, outstanding variety special, went to “Hamilton,” a 5-year-old recording of Lin-Manuel Miranda’s popular musical.

I mention this not to relitigate the past — though I’m tempted, as Burnham’s special was the best thing on TV last year and I can’t think of a bigger whiff in the history of the Emmys — but to point out that amid all the campaigning for comedy, drama and limited series, some of the most worthy shows are the ones a bit further off the radar. Hopefully, voters will have been paying attention. Here are seven that deserve consideration.

Yes, Peter Jackson’s landmark docuseries made us consider the Beatles’ final year in a different fashion. It certainly made us wonder how we could have possibly thought Yoko Ono broke up the group by merely sitting next to John while working on a crossword puzzle. Mostly, though, this thrillingly intimate, eight-hour treasure was a great hang, pulling us into the circle of the world’s greatest rock band and letting us eavesdrop as they create and banter and bicker and make pastel suits (and turtlenecks) into statement pieces. I’ve watched it twice, and I was deflated each time it ended, thinking, “I’m going to miss these guys.” No doubt a third viewing is imminent.

Now in its third season, “Couples Therapy” features therapist Orna Guralnik mmm-hmmmming her way through sessions during which a handful of long-committed couples unburden their challenges, attempting to restore and rekindle their love. The show has made the laser-focused Guralnik a star and achieved a small miracle in the reality TV genre — it depicts its subjects’ disagreements and trauma in an authentic way that does not exploit their humanity. Plus, if you’re in a relationship, it’s educational. Examine your nonverbal communication! It speaks volumes, people!

“How To With John Wilson” (HBO)

Documentarian Wilson takes a meandering approach to seemingly banal subjects and then skillfully turns them into profound inquisitions into the human condition. The second season found Wilson more confident in allowing himself to reflect more on his own story, but he was still weird and awkward — we wouldn’t have it any other way — in his approach to such subjects as learning how to appreciate wine and (my favorite) developing spontaneity. Wilson’s singular vision — and view of New York — has won him enough of a following that HBO has renewed “How To” for a third season.

“Lizzo’s Watch Out for the Big Grrrls” (Prime Video)

She sings. She raps. She plays the flute. She has inspired viral dance trends that are joyous even if (or maybe because) fans are doing the moves wrong. You’ve heard her songs, even if you don’t know it. And now Lizzo’s a TV star. Her reality series, a competition show that follows a search for plus-size backing dancers, lived up to every expectation you’d bring to it. There’s plenty of positivity, energy and lessons in self-love, along with tears of disappointment and bliss. And a lot of Lizzo!

Selena Gomez won new fans this last year for her work opposite comedy legends Steve Martin and Martin Short in the Hulu comedy “Only Murders in the Building,” which might lead some to discover this lighthearted cooking show that has been around now for three years. The series began during the pandemic as an exercise for Gomez to feel comfortable in the kitchen. She leveled up in Season 2 and now, in her own words, she’s “not playing,” though she still has her moments. (Who hasn’t set off a smoke alarm — this week — while cooking something?)

“Top Chef” began showing up at the Emmys 15 years ago for its second season and has been nominated every year since. It has won the reality competition series trophy just once, usually losing to “The Amazing Race” or “The Voice” or, for the last four years, “RuPaul’s Drag Race.” Shows tend to go on runs in this category, indicating voters are rewarding brands rather than taking a close look at the actual seasons being nominated. This year offers an opportunity to break the monotony as “Top Chef: Houston” was one of the series’ most emotional and exciting chapters, continuing the show’s pivot away from petty drama to more inspiring stories. Bravo, Buddha!

“We Need to Talk About Cosby” (Showtime)

W. Kamau Bell’s four-part series took a measured look at Bill Cosby’s career, the importance of his cultural significance to Black Americans and, of course, the stories of the many women who accused the comedian of sexual assault. Bell admits to wrestling with the contradictions his subject poses. “There were times when I was making this show that I wanted to quit,” he says in the closing episode. “I wanted to hold on to my memories of Bill Cosby before I knew about Bill Cosby. I guess I can, as long as I admit — as long as we all admit — that there’s a Bill Cosby we didn’t know.” That willingness to ask difficult questions makes Bell’s exhaustive series provocative, essential viewing.

Denial of responsibility! TechiLive.in is an automatic aggregator around the global media. All the content are available free on Internet. We have just arranged it in one platform for educational purpose only. In each content, the hyperlink to the primary source is specified. All trademarks belong to their rightful owners, all materials to their authors. If you are the owner of the content and do not want us to publish your materials on our website, please contact us by email – [email protected]. The content will be deleted within 24 hours.
comedydramaEmmysentertainment newsEntertainment updateLimitednews updateseries
Share

Tough Choices: When It’s Time to Move From Home to Assisted Living