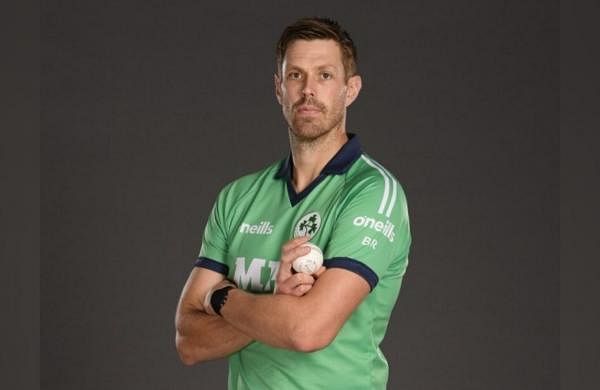 NEW DELHI: England and Ireland pacer Boyd Rankin, the only cricketer to have played for two countries in all three formats, has announced his retirement from international cricket. Rankin made his Ireland debut in 2003 and played last for the country in a T20 against Afghanistan in Greater Noida in 2020.

The 36-year-old has also played an Ashes Test for England on the 2013-14 tour besides seven ODIs and two T20s. He went back to play for Ireland after they got the Test status in 2017. In all, he played three Tests, 75 ODIs and 50 T20s. “To retire from international cricket is always a tough call, but I feel now is the right time to step away,” he said in a statement.

“I have put my heart and soul into playing cricket professionally since 2003 and have loved every minute of it. I never dreamt I would play for Ireland as much as I did and to travel the world playing in numerous World Cups and to pull on the Irish jersey is something I will never forget,” he added.

Rankin is among the 15 players who have played Test cricket for two countries. “To have also a long career in county cricket especially during my 11-year stint with Warwickshire where we won the County Championship, 50-over competition twice and the T20 Blast in 2014 was very special and something I am very grateful for,” he said.

“I always strived to be the best player I could be and to play at the highest level possible, so to make my Test debut for England during a time when Ireland wasn’t a Test-playing nation was a very proud moment. I will miss all the guys I played alongside the most and enjoying the wins we had along the way,” he added.

Loading...
Denial of responsibility! TechiLive.in is an automatic aggregator around the global media. All the content are available free on Internet. We have just arranged it in one platform for educational purpose only. In each content, the hyperlink to the primary source is specified. All trademarks belong to their rightful owners, all materials to their authors. If you are the owner of the content and do not want us to publish your materials on our website, please contact us by email – [email protected]. The content will be deleted within 24 hours.
BoydBoyd RankinBoyd Rankin retirementcricketenglandEngland cricketInternationalIreland
0
Share

Are you stressed over Covid-19 news? Here’s how you can get over it