Notice: amp_is_available was called incorrectly. `amp_is_available()` (or `amp_is_request()`, formerly `is_amp_endpoint()`) was called too early and so it will not work properly. WordPress is currently doing the `pre_get_posts` hook. Calling this function before the `wp` action means it will not have access to `WP_Query` and the queried object to determine if it is an AMP response, thus neither the `amp_skip_post()` filter nor the AMP enabled toggle will be considered. It appears the theme with slug `publisher` is responsible; please contact the author. Please see Debugging in WordPress for more information. (This message was added in version 2.0.0.) in /home/runcloud/webapps/techilive/wp-includes/functions.php on line 5313
 England vs NZ: Kane Williamson ruled out of second Test, Tom Latham to lead visitors - TechiLive.in 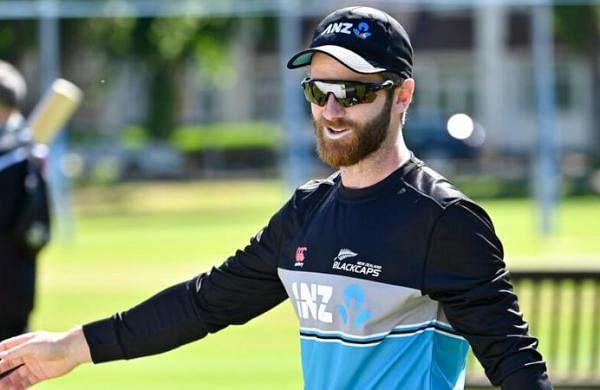 EDGBASTON: New Zealand Cricket (NZC) on Wednesday confirmed that skipper Kane Williamson has been ruled out from the upcoming second Test against England.

Williamson has been ruled out as he rests his irritated left elbow. He has been managing the injury since first missing matches in March and coach Gary Stead said it was still troubling him.

“It is not an easy decision for Kane to have to miss a Test, but we think it is the right one,” head coach Gary Stead said in an official statement.

“He has had an injection in his elbow to relieve the irritation he has been experiencing when he bats and a period of rest and rehabilitation will help maximise his recovery. The decision has been made very much with the ICC World Test Championship Final at Southampton in mind and we are confident he will be ready for that match starting on June 18,” he added.

Tom Latham will captain the side for the third time in Williamson’s absence, while Will Young comes into the starting XI and will bat at number three.

The first Test between England and New Zealand had ended as a draw and both the teams will now lock horns in the second Test, beginning Thursday at Edgbaston.

In the first Test, New Zealand had Tim Southee, Neil Wagner, Kyle Jamieson, and Colin de Grandhomme as pacers. Stead has also confirmed that all these players will not feature in the second Test against England.

After the series against England, New Zealand will lock horns against India in the finals of the World Test Championship (WTC), beginning June 18 at the Ageas Bowl, Southampton.

Loading...
Denial of responsibility! TechiLive.in is an automatic aggregator around the global media. All the content are available free on Internet. We have just arranged it in one platform for educational purpose only. In each content, the hyperlink to the primary source is specified. All trademarks belong to their rightful owners, all materials to their authors. If you are the owner of the content and do not want us to publish your materials on our website, please contact us by email – admin@techilive.in. The content will be deleted within 24 hours.
englandEngland vs New ZealandKaneKane WilliamsonKane Williamson injuryLathamLeadnews update
0
Share

Eating insects: These 20-year-old S’porean students created protein bars made out of crickets

Xiaomi: Xiaomi teases accessory for Mi TVs in India, could be webcam – Times of India