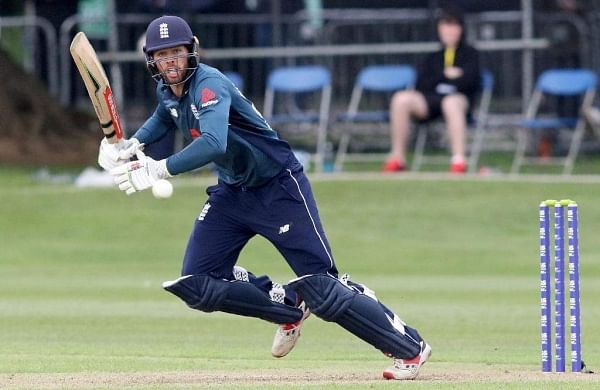 BIRMINGHAM: England’s wicketkeeper-batsman Ben Foakes was on Wednesday ruled out of the upcoming two-match Test series against New Zealand after a freak dressing-room accident resulted in a torn hamstring.

The 28-year-old sustained the injury after slipping in his socks while walking in the dressing room following Surrey’s County Championship match against Middlesex at the Oval, ‘ESPNCricinfo’ reported.

Haseeb Hameed and the uncapped Sam Billings have been added to England’s Test squad for the matches against New Zealand.

Foakes was to play his first Test at home next month at Lord’s after fellow wicketkeepers Jos Buttler and Jonny Bairstow — along with Moeen Ali, Sam Curran and Chris Woakes — were rested for the series following their stints in the Indian Premier League.

Foakes could be out of action for as long as three months, laving him uncertain for the upcoming series against India and the Ashes tour at the end of the year if his substitute James Bracey impresses behind the stumps in the coming weeks.

Foakes will be assessed by the Surrey medical team, which will also work on his rehabilitation.

He has featured in 8 Tests so far, scoring 410 runs in tough conditions while taking 14 catches and effecting five stumpings.

Hameed returns to the England Test side, having last played in November 2016.

Hameed has been in impressive form during the 2021 county season, aggregating 474 runs at an average of 52.66.

Denial of responsibility! TechiLive.in is an automatic aggregator around the global media. All the content are available free on Internet. We have just arranged it in one platform for educational purpose only. In each content, the hyperlink to the primary source is specified. All trademarks belong to their rightful owners, all materials to their authors. If you are the owner of the content and do not want us to publish your materials on our website, please contact us by email – [email protected]. The content will be deleted within 24 hours.
Loading...
BenBen FoakesEngland vs New Zealand First TestEnglishFoakesfreakinjuryMiddlesex
0
Share

Raspberry Pi: After launching five devices in less than a year, here’s what they’re doing next