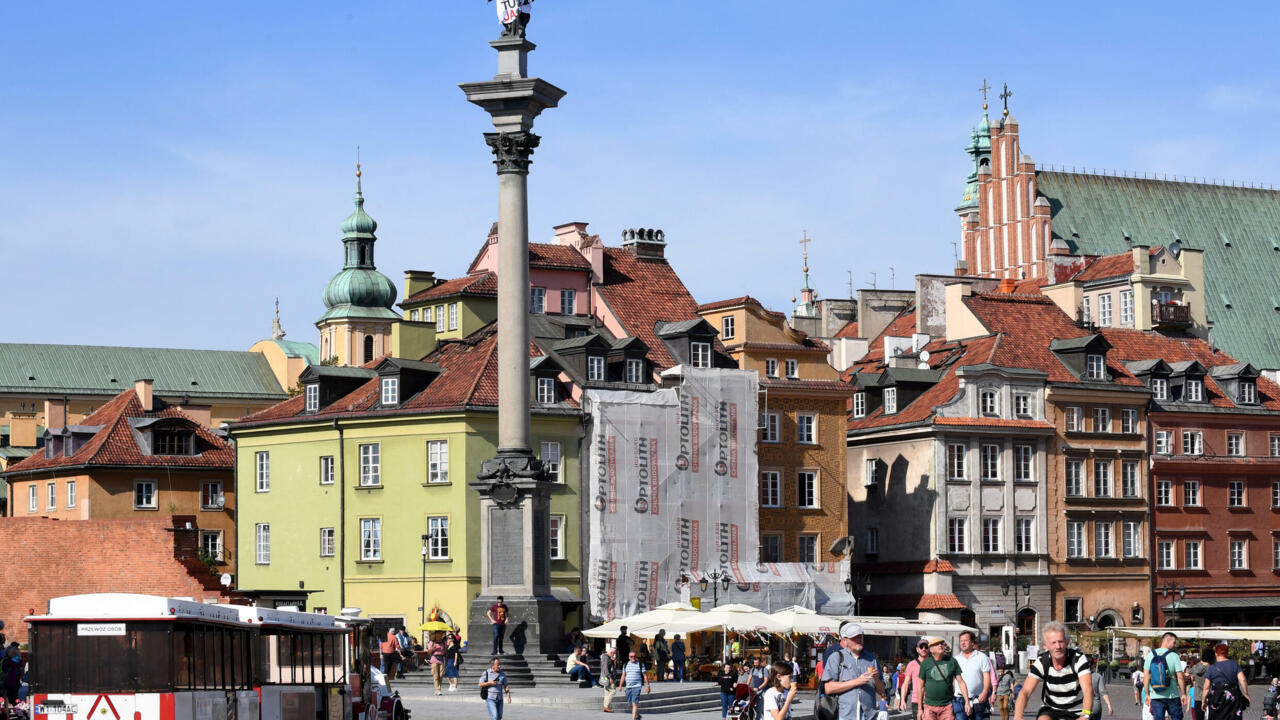 The European Union moved Tuesday to force Poland to comply with the rulings of Europe’s top court with plans to seek daily fines against the nationalist government in Warsaw linked to a long-running dispute over justice independence in the country.

The EU’s executive branch, the European Commission, said that it wants the European Court of Justice to “impose financial penalties on Poland to ensure compliance” with one of the tribunal’s previous legal rulings.

The commission, which supervises the respect of EU laws, said it wants the Luxembourg-based court to impose “a daily penalty” on Poland until it acts to improve the functioning of the Polish Supreme Court and suspends new laws deemed to undermine judicial independence.

A main point of contention is the Disciplinary Chamber of the Supreme Court, a body that the ruling party gave the power to discipline judges. Many Polish judges view the chamber as a tool to pressure judges to issue rulings in favor of the ruling authorities.

To date, while the ruling party has filled the ranks of the top courts, there are many lower court judges that act independently and have given rulings that go against the government’s interests.

The EU’s executive body also launched the first step in new legal action against Poland for not complying with a separate ECJ decision that the country’s rules for disciplining judges doesn’t conform with EU law.

Brussels said that if the government in Warsaw doesn’t respond to the “letter of formal notice” satisfactorily that it will take the case back before the court.

In a tweet, European Commission Vice-President Vera Jourova said that “the rulings of the European Court of Justice must be respected across the EU. This is a must to build and nurture the necessary mutual trust between Member States and citizens alike.”

She said the commission stands “ready to work with Polish authorities to find the way out of this crisis.”

Legal observers see some of the justice policy changes imposed by Poland’s right-wing government as an attempt to undermine the power of EU laws within the country and even step away from the 27-nation bloc. Poland joined the EU in 2004, agreeing to abide by its rules and laws.

Concerns over democratic backsliding in Poland are also holding up the country’s access to billions of euros in European money to help revive its economy in the wake of the coronavirus pandemic.

Last week, Polish Prime Minister Mateusz Morawiecki said that nobody has the right to lecture his country on democracy, as talks with Brussels on access to the recovery fund dragged on.

“Nobody will teach us what democracy and rule of law are because Poland has a very long and noble history of fighting against all kinds of totalitarianism and despots,” Morawiecki said on Facebook.

“We fought for the rule of law and democracy during the terrible years of communism, but we have a much longer tradition of democracy and we do not want to be instructed by anyone in Western Europe about what democracy is, what the rule of law is, because we know best,” he wrote.

Earlier this year, Morawiecki asked the nation’s top court to rule on whether the Polish Constitution or EU law has primacy in the central European nation.

The Constitutional Court has been delaying its judgement, with the next session now set for Sept. 22. Should it give precedence to Polish law, the ruling would pose a threat to the EU’s interconnected legal order.

Denial of responsibility! TechiLive.in is an automatic aggregator around the global media. All the content are available free on Internet. We have just arranged it in one platform for educational purpose only. In each content, the hyperlink to the primary source is specified. All trademarks belong to their rightful owners, all materials to their authors. If you are the owner of the content and do not want us to publish your materials on our website, please contact us by email – [email protected]. The content will be deleted within 24 hours.
EuropeEuropean CommissionHealth newsHealth updateindependencejudicialnews updatepenalties
Share

Stranger Things’ David Harbour says visiting India is ‘like being on Mars’. Here’s why