Notice: amp_is_available was called incorrectly. `amp_is_available()` (or `amp_is_request()`, formerly `is_amp_endpoint()`) was called too early and so it will not work properly. WordPress is currently doing the `pre_get_posts` hook. Calling this function before the `wp` action means it will not have access to `WP_Query` and the queried object to determine if it is an AMP response, thus neither the `amp_skip_post()` filter nor the AMP enabled toggle will be considered. It appears the theme with slug `publisher` is responsible; please contact the author. Please see Debugging in WordPress for more information. (This message was added in version 2.0.0.) in /home/runcloud/webapps/techilive/wp-includes/functions.php on line 5313
 EU Suspends Plans to Raise Tariffs on U.S. Whiskey, Other Goods - TechiLive.in 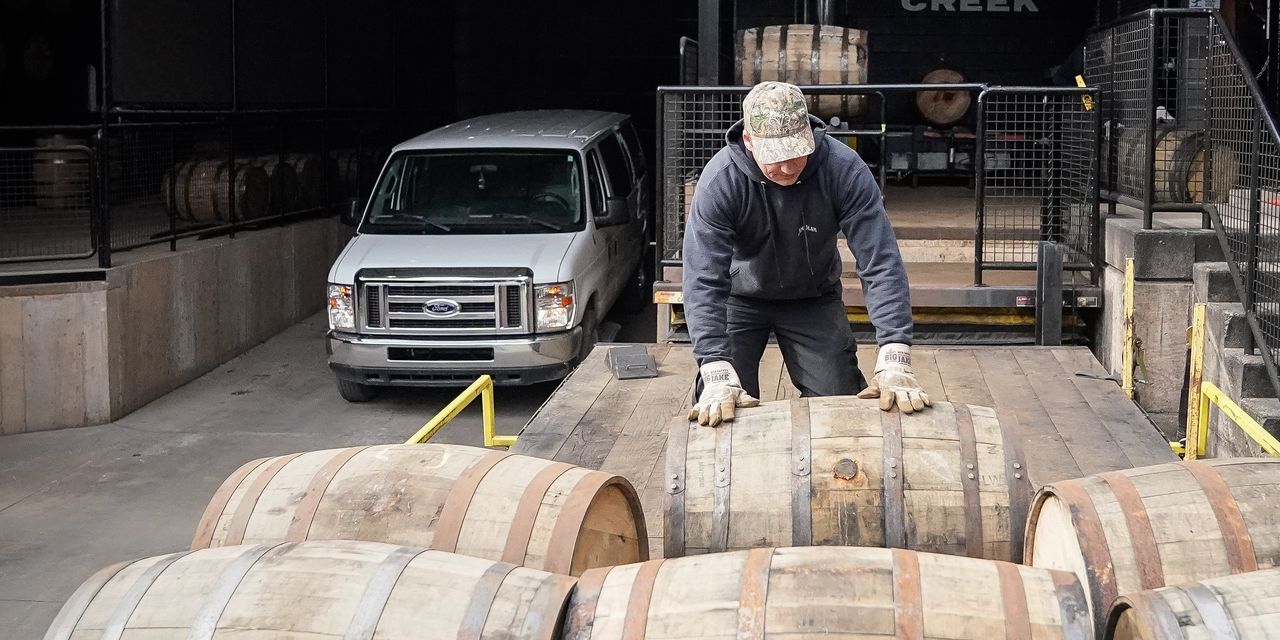 WASHINGTON—The European Union on Monday agreed to postpone plans to raise tariffs on American whiskeys, motorcycles, boats and other items set to take effect June 1 as it begins talks with the Biden administration aimed at lifting U.S. steel tariffs.

In a joint statement, the U.S. and EU said they would begin formal discussions to address problems plaguing the global steel and aluminum industry, and “agreed to chart a path” toward resolving the dispute that led to tariffs.

They said the talks would include discussions on how overproduction in China depresses prices and threatens the viability of domestic metal producers.

“The United States and EU Member States are allies and partners, sharing similar national security interests as democratic, market economies,” said the joint statement released Monday from the European Union’s trade directorate, the Office of the U.S. Trade Representative, which is President

The U.S. and EU “can partner to promote high standards, address shared concerns, and hold countries like China that support trade-distorting policies to account,” the statement said.

The EU’s tariffs pending for June would have hit about $4 billion in U.S. exports to Europe. They were first announced three years ago, when the Trump administration imposed global tariffs on steel and aluminum. The EU retaliated at the time and scheduled further retaliation to begin in June of this year if no progress was made at resolving the trade spat between Brussels and Washington.

The suspension of tariffs was quickly greeted with relief from American exporters who were poised to be affected, including U.S. whiskey makers.

“Distillers across the United States are breathing a huge sigh of relief after bracing for a 50% tariff on American Whiskeys in just a matter of days that would have forced many craft distillers out of the EU market,” said

the president of the Distilled Spirits Council, a trade group.

The Trump administration’s steel and aluminum tariffs and the European Union’s retaliation have been a major sticking point in trans-Atlantic trade relationships in the three years since the tariffs were imposed.

In imposing the tariffs, the Trump administration had used trade authorities under Section 232 of the Trade Expansion Act of 1962. It was the first time since 1983 that the U.S. had imposed tariffs under the law, and so symbolized a break with a decadeslong period in which U.S. trade policy had worked to lower tariff barriers.

In order to impose tariffs, the U.S. had to declare that such imports threatened U.S. national security, a claim that riled officials in Brussels and other capitals such as Ottawa and Mexico City, which viewed themselves as close security allies of the U.S.

While Canada and Mexico eventually negotiated the removal of the tariffs as part of agreeing to a new U.S.-Mexico-Canada trade agreement, the European Union had no success getting the Trump administration to drop the tariffs.

“The EU is not a national security threat to the U.S.,” said

the European Union’s trade commissioner. “But the distortions created by global excess capacity—driven largely by third parties—pose a serious threat to the market-oriented EU and U.S. steel and aluminum industries and the workers in those industries.”

For now, the U.S. tariffs on steel and aluminum remain in place, as does the European’s first round of retaliatory tariffs from three years ago. No specific action to do anything about overcapacity in China’s steel and aluminum industry was announced.

The U.S. and EU said they are “committed to engaging in these discussions expeditiously to find solutions before the end of the year.”

Despite a de-escalation, finding a solution to the issue that satisfies both trade partners, as well as the domestic steel and aluminum industries could be difficult. The U.S. steel industry has strongly supported the tariffs.

—have both said they believe the tariffs helped save American jobs. Those statements set a high bar for removing the tariffs without taking other steps to bolster the industry.

president of the American Iron and Steel Institute, which represents U.S. manufacturers and supports the tariffs, said that his organization is “grateful for the administration’s commitment to addressing this crisis.” Mr. Dempsey added that “to be successful, the bilateral discussions must take into account that, while China is the single largest source of global steel oversupply, subsidies and other market distorting policies in many countries are contributing to the overcapacity crisis.”

“Injurious surges in imports have come from every region of the world,” Mr. Dempsey said.

Write to Josh Zumbrun at Josh.Zumbrun@wsj.com

Denial of responsibility! TechiLive.in is an automatic aggregator around the global media. All the content are available free on Internet. We have just arranged it in one platform for educational purpose only. In each content, the hyperlink to the primary source is specified. All trademarks belong to their rightful owners, all materials to their authors. If you are the owner of the content and do not want us to publish your materials on our website, please contact us by email – admin@techilive.in. The content will be deleted within 24 hours.
alcoholic beveragesAlcoholic Beverages/DrinksbeveragesBeverages/DrinksBiden AdministrationC&E Industry News FilterConsumer GoodsContent Types
0
Share

Glimpses of a Deserted Soviet Mining Town, Preserved in the High Arctic